Spaghetti Bolognese is an Italian-inspired classic, which throughout the years has become a dinner staple to families around the world.

by Melissa Jacobs
in Recipes 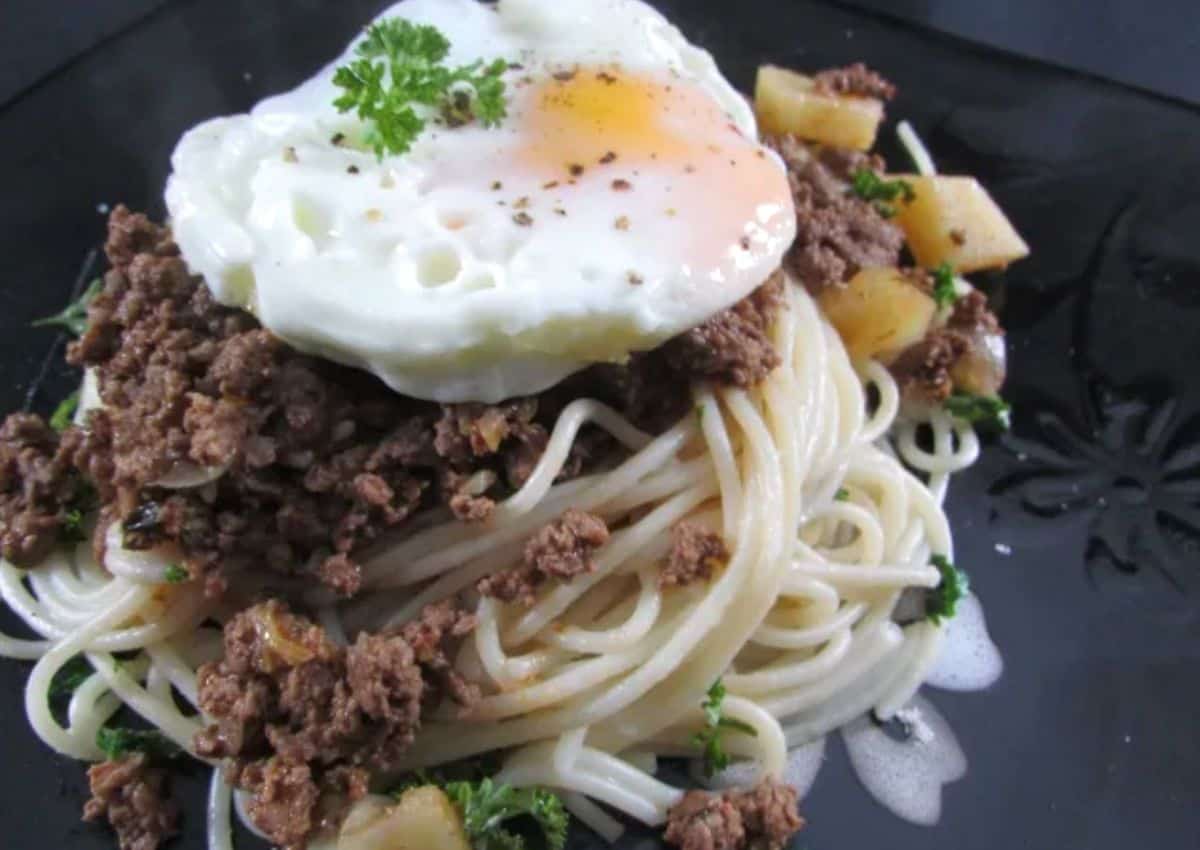 While spaghetti Bolognese is typically associated with Italy, the dish’s origins aren’t actually Italian. Instead, it’s a bastardisation of ragù alla bolognese, popular in the northern city of Bologna, adored by many in the UK and United States.

Thought to have evolved in the context of the early 20th-century emigration of southern Italians to the United States, spaghetti Bolognese typically has more in common with Neapolitan ragù. Generally made with minced beef, tomatoes, garlic, wine, and an assortment of herbs, the dish is also cooked for significantly less time than traditional ragù.

Don’t skip the red wine in the sauce. Use a good dry red wine — it will give a deeper rich flavour, and if you don’t want to use alcohol, simply substitute it with a low sodium beef broth.

While this spaghetti Bolognese features a less conventional fried egg on top, a warm loaf of garlic bread and a simple salad are ideal sides to this pasta dish. Alternatively, slice some crusty bread, drizzle it with olive oil, sprinkle with Parmesan cheese and lightly toast. Enjoy!