"We don' have a Conservative party at the moment, we have an English nationalist government, with all the consequences and one which you can’t trust.” 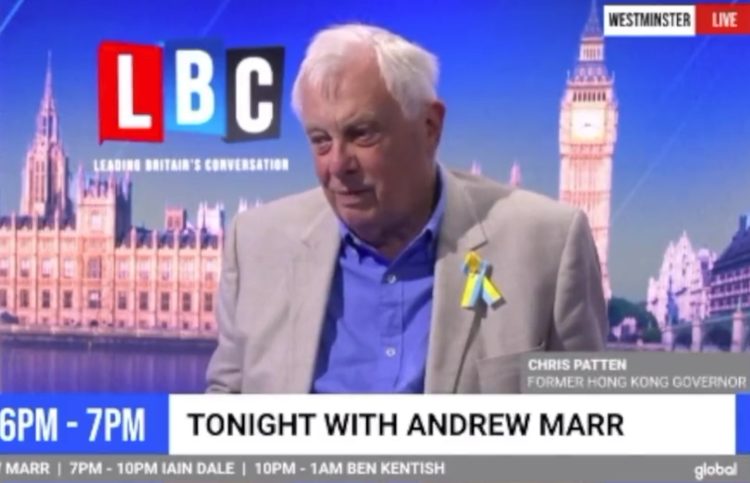 It will be a “disaster” for the country if Boris Johnson wins the next general election, a former chair of the Conservative party has said.

Speaking to LBC, Chris Patten said another term under the current administration would “hasten the breakup” of the United Kingdom and result in Scotland being more likely to pursue independence.

He condemned the “seediness and mendacity of this government”, adding that because Labour was still hindered by “fundamental weaknesses”, many people had been “left with an aspiration for a decent, competent, generous-spirited, sensible political force in the middle, which nobody at present is providing”.

After Johnson survived a confidence vote but was opposed by 41 per cent of his own MPs in a private ballot, Patten said it had shown “a terrible weakness of my party”.

He said it was “really sad that the Conservative party is split between Brexit rightwing Conservatives and others” and that Johnson’s every move seemed to be determined by his motivation to appease the former group.

“Because I don’t think we have a Conservative party at the moment, we have an English nationalist government, with all the consequences and one which you can’t trust.”