"It's unfortunate that we don't have more unions that are strong enough to stand up for [their workers]", he said. 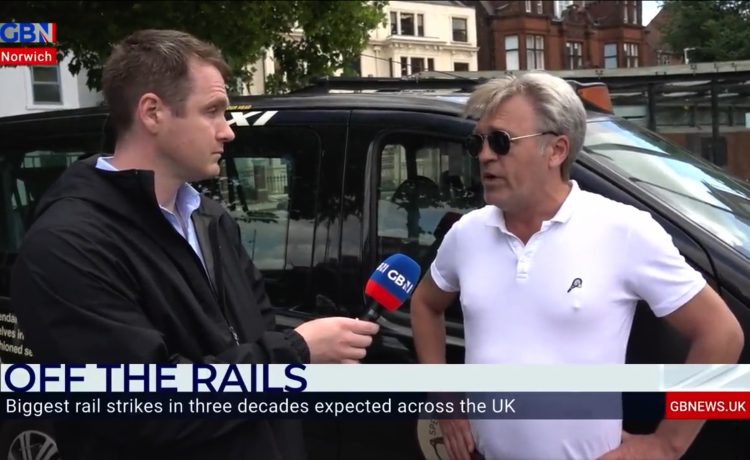 GB News was forced to cut a live interview short after a taxi driver came out in defence of the industrial action taken by rail workers.

Around 40,000 members of the Rail, Maritime and Transport (RMT) union at Network Rail and 13 train operators have walked out today after last-ditch talks failed to resolve the bitter dispute over pay, jobs and conditions.

According to reports in the Guardian and BBC, only around 20 per cent of rail services will be running today.

Train services are expected to be impacted on the days without planned strike action as well due to knock-on effects – with about 60 per cent of normal services running.

Expecting angry reactions, GB News teed up a taxi driver in Norwich, whose trade is likely to be impacted by the strike.

Unfortunately, the response wasn’t quite what they expected.

Watch the short-but-sweet interview below: