"But we said begone to that evil ECJ. Happy Brexit everyone - don't get sick!!," Mike Galsworthy said. 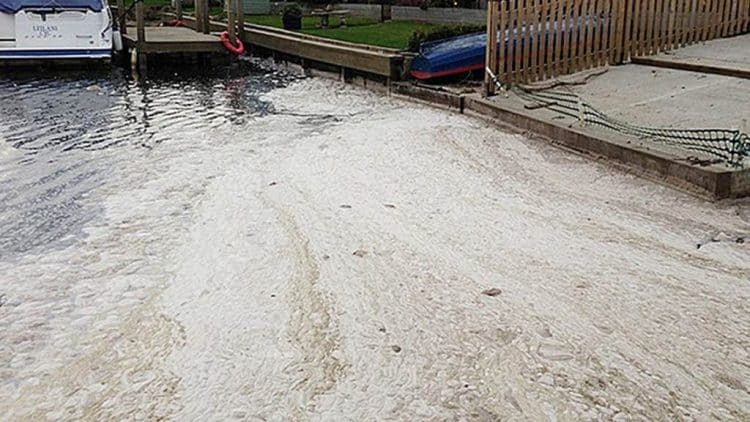 Reminders of legal action taken in 2009 against the UK government have been making the rounds on social media after MPs voted against placing a legal duty on water companies to reduce raw sewage discharges into rivers.

Last Wednesday MPs debated the environment bill after clean water campaigners urged them to back a key amendment on sewage that had been agreed in the House of Lords.

The bill will govern environmental policy, from rivers to air, after Britain’s departure from the EU, but efforts to include a duty on water companies to tackle sewage pollution was shunned by The Conservatives.

But since the UK’s departure from the EU, there is little the public can now do to force action on the issue.

After the UK government was found to have failed in its duty to stop thousands of tonnes of raw sewage pouring into the Thames, the European Commission decided to take legal action owing to the threat to human health and to the marine environment posed by untreated water.

The commission alleged that the UK is in breach of a 1991 urban waste water directive that requires treatment of sewage before discharge in order to have clean rivers, seas and lakes.

Member states signed up to put in place adequate waste water collecting systems and treatment facilities for large towns and cities by the end of 2000.

Sarah Ludford, a Liberal Democrat MEP for London who took a petition to the European parliament on the pollution problem in 2005, called the matter a national disgrace.

“It is scandalous that Thames pollution from sewage is continuing for so long that the commission is obliged to take legal action. The Thames should not be used as an open sewer, with an unacceptable threat to our health and the environment.”

Mike Tuffrey, the leader of the Lib Dem group on the London assembly, blamed the government for failing to act earlier.

“The dumping of raw sewage into the Thames is something that happened in the Victorian era. It certainly should not be happening in the 21st century in one of the most developed capital cities in the world,” he said.

“If the UK government had taken the issue seriously and acted earlier, this action by the European commission could have been totally avoided.”

There has been a similar level of outrage this time around, with the hashtag #TurdReich trending on Twitter.

But as Dr Mike Galsworthy pointed out, there is little we can do about it now because we said “begone to the evil ECJ”.