"The RAF is combing the English Channel; presumably they’re fully loaded with Nigel Farages ready to drop on any unsuspecting dinghies." 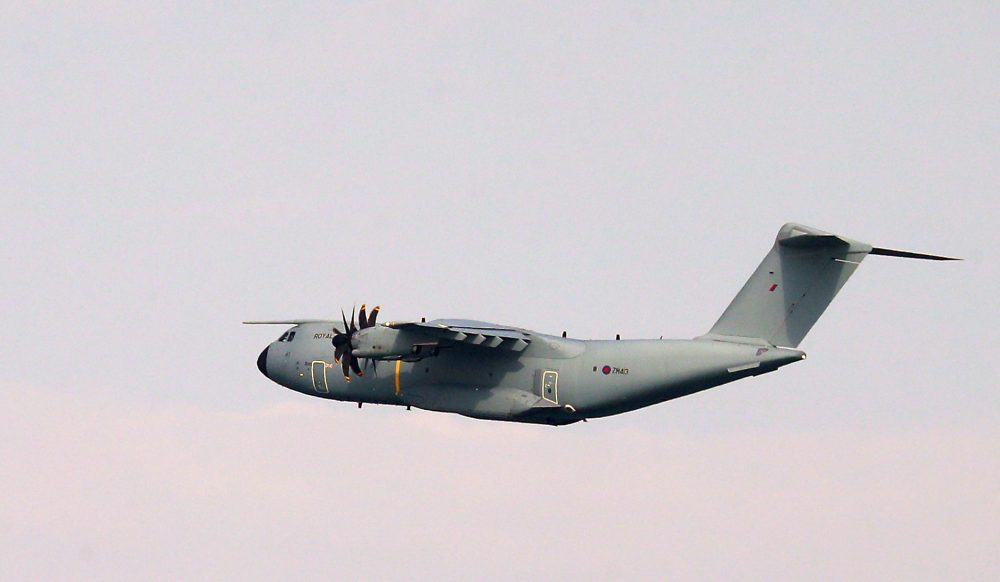 A view of a Royal Air Force Atlas A400M aeroplane in the skies above Dover in Kent which has provided aerial surveillance as part of an "initial offer of assistance" from the Ministry of Defence to the Home Office in response to the continued migrant crossings.Credit;PA

The Ministry of Defence (MoD) said on Twitter on Monday that the Atlas aircraft had been flown from RAF Brize Norton in Oxfordshire to support Border Force operations in the Channel.

The flight was authorised by Defence Secretary Ben Wallace, it added.

While the aerial surveillance using the Atlas plane was part of an “initial offer of assistance” from the MoD to the Home Office, the purpose of the flight is unclear.

The MoD said: “A Royal Air Force Atlas aircraft has been flown from RAF Brize Norton this morning to support Border Force operations in the Channel.

The rotor-powered aircraft made several passes above the water, sharing the skies with HM Coastguard’s plane.

According to the website Flight Radar 24 the Atlas A400M left RAF Brize Norton at around 7.10am on Monday and has been flying over the Channel between Dover and Calais since.

The flight comes as efforts to address the crisis intensified on Monday as more crossings continued in the early hours of the morning, with an inflatable dinghy thought to be carrying more than 20 Syrians met by a Border Force patrol boat off the coast of Dover in Kent.

The Home Office has officially asked the Navy for help, and a former Royal Marine has been appointed to head up an operation to tackle the problem.