His exit comes at a crucial juncture in the post-Brexit talks between the UK and Brussels. 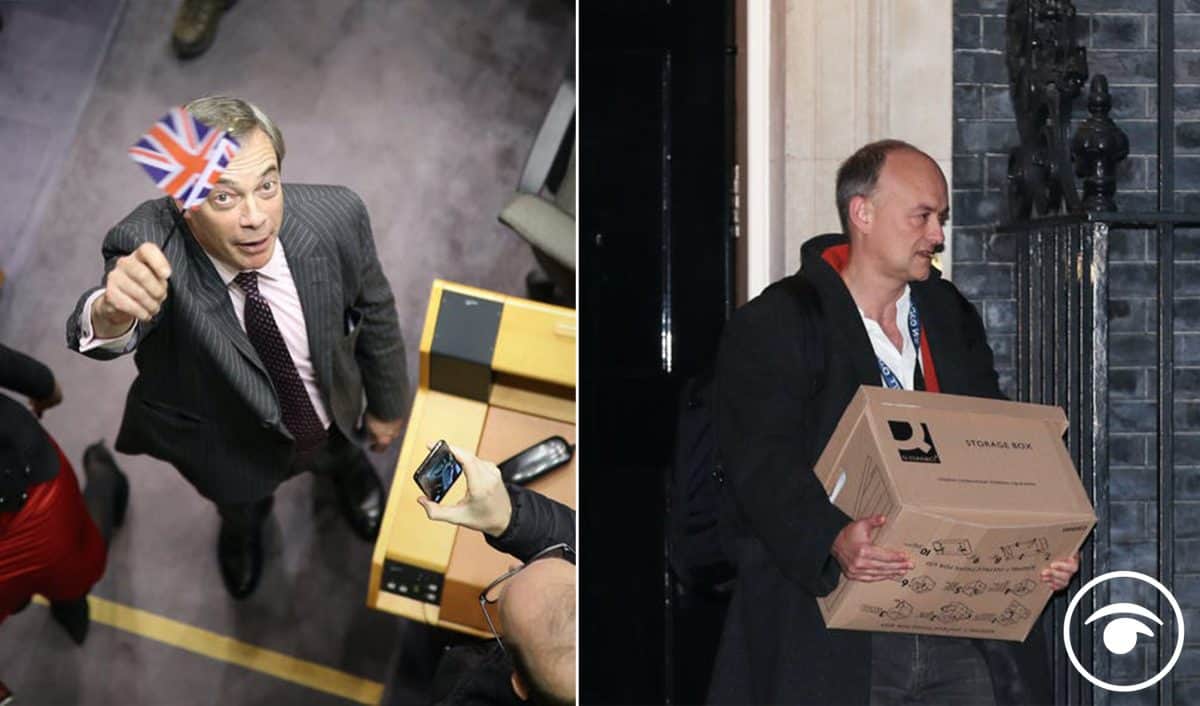 Nigel Farage has insisted that the exit of Boris Johnson’s top aide from Downing Street means a “Brexit sell-out” is looming.

Brexit Party leader Mr Farage said he had never liked the Prime Minister’s outgoing chief adviser Dominic Cummings. But he said he was concerned about the consequences of his departure.

Mr Cummings left Number 10 carrying a box on Friday evening as it was reported he had quit as the Prime Minister’s right-hand man.

Mr Farage tweeted: “It is well documented that I have never liked Dominic Cummings but he has backed Brexit.

“Seeing him leave Number 10 carrying a cardboard box tells me a Brexit sell-out is close.”

The comments came after Downing Street insisted that Mr Cummings’s departure would not impact Brexit talks.

Mr Cummings’s dramatic exit from Number 10 comes at a crucial juncture in the post-Brexit talks between the UK and Brussels.

The Prime Minister’s official spokesman James Slack insisted that suggestions the Government could compromise on key principles in the wake of Mr Cummings’s decision to leave were “simply false”.

It is well documented that I have never liked Dominic Cummings but he has backed Brexit.

Seeing him leave Number 10 carrying a cardboard box tells me a Brexit sell-out is close. pic.twitter.com/Ysli7ZLCLY

Mr Cummings was widely seen as the mastermind behind the victorious Vote Leave campaign in the 2016 referendum.

Talks on a free trade agreement between the UK and EU have been continuing this week in London and are due to “pause” over the weekend before resuming next week in Brussels.

London and the EU are trying to hammer out a post-Brexit trade deal after the current transition period finishes on December 31.

The PA news agency understands that Mr Cummings will still be employed until the middle of December, although reports suggest he will be working from home.

Speculation has surrounded the future of the UK’s chief Brexit negotiator Lord David Frost but he has remained in his role as talks reach a heightened stage.