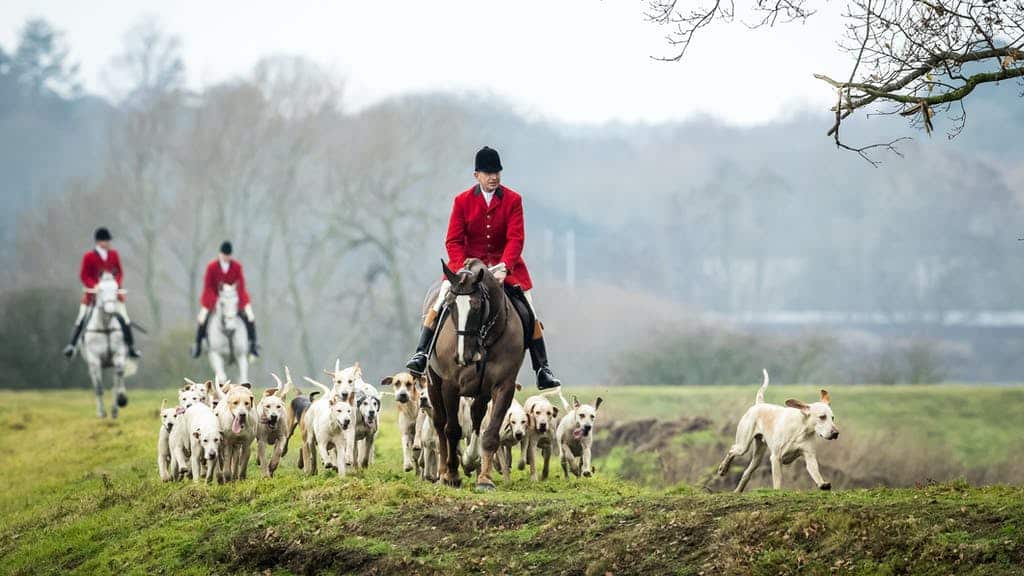 A series of webinars have been leaked by a hunt saboteur group showing how fox hunters create “smokescreens” to provide defence to organisers.

The Zoom meetings were run by the Hunting Office in August and were attended by over a hundred and fifty hunt masters from across the country.

The Hunting Office, which was formed in 2005 in response to the Hunting Act, represents and supports hundreds of hunts in England, Scotland, and Wales, helping them to organise hunts and train new Masters and Hunt Staff.

In the footage, MFHA director Mark Hankinson says: “It’s a lot easier to create a smokescreen if you’ve got more than one trail layer operating and that is what it’s all about, trying to portray to the people watching that you’re going about legitimate business.”

At one point the issue of terriermen was discussed, which is a sticking point for the gatherings.

Hankinson says: “Terrier work, this is our soft underbelly. A lot of people would say that if you’re going trail hunting why do you need terriermen following you around?

“Yes, it is totally legal for them to be out doing everything if they follow the correct exemptions but it does flag up a bit of a marker to everyone, you know why do you as trail hunting, do you need them there?”

Ex police Inspector Davies was also keen on the idea of a smokescreen saying: “Now you know more about hunting than the saboteurs or the courts will know but what it will do is create that smokescreen or that element of doubt that we haven’t deliberately hunted a fox, so if nothing else you need to record that and it will help us provide a defence to huntsmen.”

Richard Tyacke, Director of the AMHB told the webinar “Currently most beagle packs go home if sabs or monitors are present. This is the safe and sensible course of action……What is not acceptable is to carry on regardless with them all around you as if they weren’t there.”

Paul Jelley, committee member of the AMHB and ex-police officer, suggests that hunts purchase phones for the purpose of concealing criminality: “So something for you hunt staff and terriermen, trail layers and everybody to consider, if you’re recording evidence for the Hunting Act, trail laying, whatever, don’t use the same phones or anything you’ve been using for social media and bragging about what you’ve been doing out hunting.”

Lord Mancroft, at the end of the first seminar, advises the audience: “Please take that on board everybody. Anything that comes out of these meetings is to be kept amongst ourselves it’s not for general coverage”

Responding to the videos, Lee Moon, spokesperson for the Hunt Saboteurs Association, commented: “These videos provide irrefutable proof of what we have long known – almost every single fox, hare, deer and mink hunt in the UK is routinely flouting the Hunting Act and illegally hunting and killing live animals.