But a power sharing alliance with the SNP was dismissed as a “political dead end”. 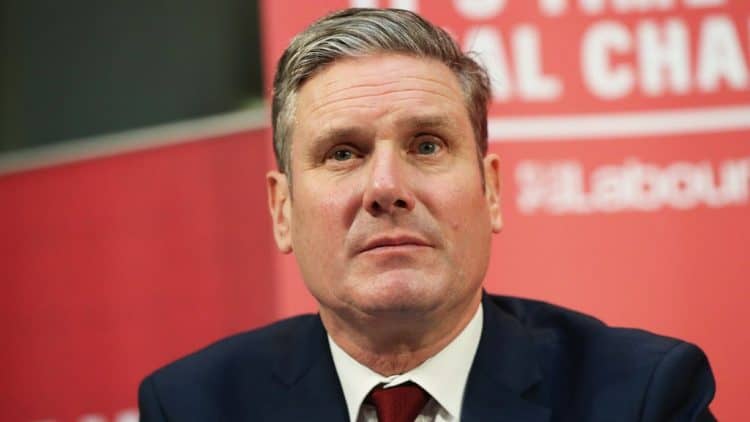 Labour needs to pay “as much attention” to winning back seats in Scotland as it does to those in the north of England if the party wants to win a UK general election, leaders have been told.

The Scottish Fabians insisted that it was “impossible” for Labour to return to power at Westminster without a major effort north of the border.

Meanwhile, any suggestion that the party could form a power sharing alliance with the SNP in a bid to oust the Tories from government was dismissed as a “political dead end”.

A new paper by the Scottish Fabians warned that talk of such a “progressive alliance” harms Labour’s prospects in both Scotland and England”.

It insisted: “The Labour Party must be ambitious and aspire to win seats across the length and breadth of Britain.

“In successive elections, suggestions of a deal with the SNP harmed Labour not just in Scotland but also in English marginals, where voters rejected the idea of the SNP holding the balance of power.

“A progressive alliance under the  existing First Past the Post system is a political dead end.”

Of the 150 seats it believes Labour needs to win back to gain a “stable majority” in the House of Commons, 25 are in Scotland.

With 11 of these constituencies having backed independence in the 2014 referendum, Scottish Fabians stressed that Labour needs to win over voters from Nicola Sturgeon’s SNP.

The briefing paper, published ahead of the Labour Party conference getting under way in Brighton on Saturday, warned leaders not to focus all their efforts on winning back seats in the north of England that the Tories captured in 2019.

With Labour currently only having one Scottish MP, the Scottish Fabians stressed: “An overemphasis on the ‘Red Wall’ seats in the North of England risks Labour losing sight of seats it needs to gain elsewhere.”

The Scottish Fabians’ chair Martin McCluskey – one of the authors of the paper – said: “Labour has a mountain to climb to win the next UK general election, but with voters swinging between parties more than ever before they have a historic opportunity.

“However, a majority is impossible to win unless Labour wins seats in Scotland.

“Almost one in five of the seats Labour needs for a stable majority are in Scotland. The UK Labour Party cannot afford to put Scotland in the ‘too difficult’ pile.

“Labour’s Scottish seats were the first red wall to fall, and they need just as much attention.”

Co-author and Scottish Fabians’ national manager Katherine Sangster stated: “As our briefing shows, Labour can’t afford to write off any part of Britain if the party wants to win a majority at the next UK election.

“The seats Labour needs to win across the UK are remarkably diverse. To win them, Labour needs to put forward a programme that speaks to people the length and breadth of Britain.”