Amid accusations of 'vaccine nationalism', the UK's vaccine minister insisted deliveries would not be affected. 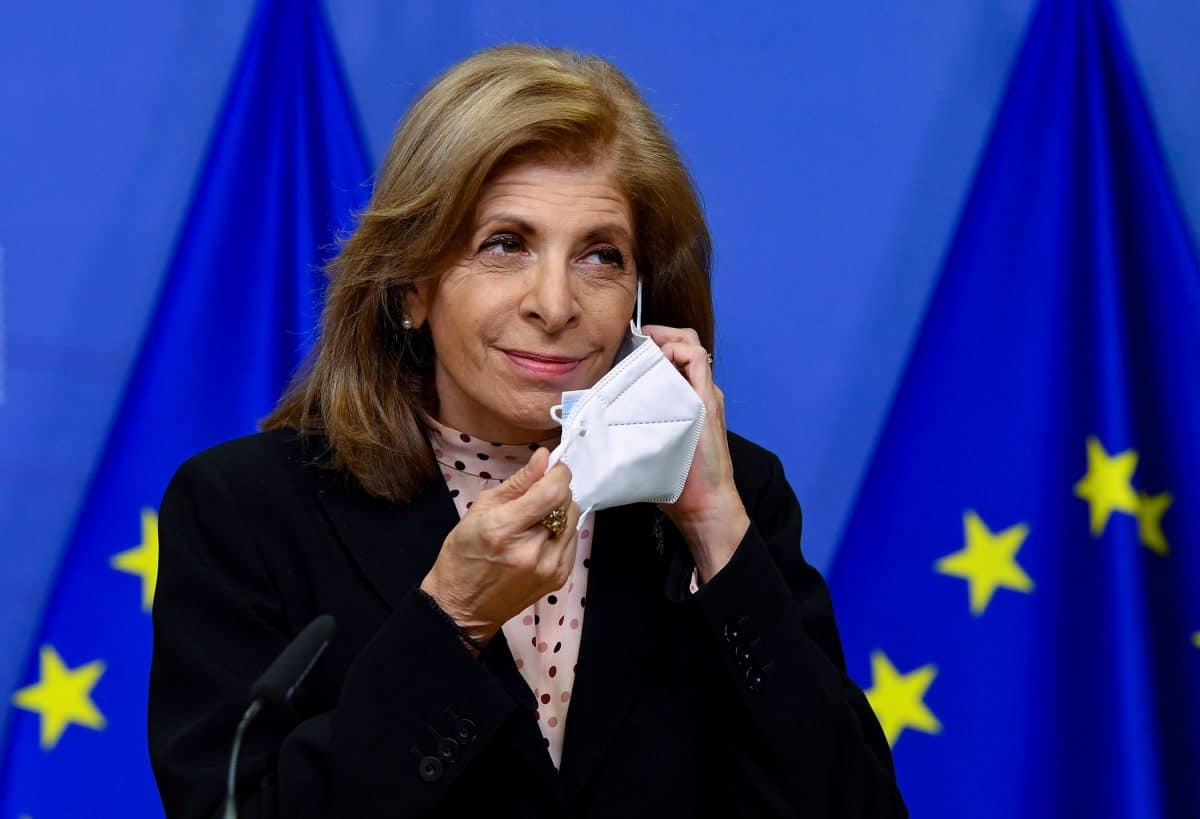 The European Union has issued an incendiary warning to Pfizer and other drug companies that it must secure its permission before exporting vaccine doses to the UK, amid a spiralling row over supply with British drugmaker AstraZeneca.

The British-Swedish pharmaceutical giant – whose vaccine, developed with the University of Oxford, is already in use in the UK – last week told Brussels that it would be able to produce far fewer jabs than the figure agreed previously agreed with the EU.

Furious European officials have now announced plans to place new controls on the export of vaccines, as anger rises across the continent at the slow pace of immunisation in the EU.

In a series of heated calls and briefings, AstraZeneca was accused of an “unacceptable” failure to satisfactorily explain the huge shortfall of promised doses to member states – which could see delivery of the Oxford jab to the EU cut by 60 per cent in the first quarter of the year due to production problems.

European officials have insisted that AstraZeneca must fulfil its contractual obligations to supply 100 million doses by the end of March.

It comes after Pfizer announced on 15 January that it would temporarily reduce delivered to the EU until late January so that it could make production changes that will allow it to scale up manufacturing.

Under the new rules, companies like Pfizer – who are producing doses of its jab with German firm BioNTech at a factory in Belgium – would have to provide “early notification” of exports of all vaccines manufactured in the bloc, in an effort to prevent shortages.

“Last Friday, Astrazeneca surprisingly informed the commission and member states that it intends to supply considerably fewer doses in the coming weeks than agreed and announced,” Stella Kyriakides, the health commissioner, said.

“This new schedule is not acceptable to the EU,” she added. “We want clarity on transactions and full transparency concerning the export of vaccines from the EU. All companies producing vaccines against Covid-19 will have to provide early notification whenever they want to export vaccines to [non-EU] countries.”

Nadhim Zahawi, the UK’s vaccines minister, said he remained “confident” that the supply of the Pfizer vaccine would continue. A further 3.5 million doses of the jab – the first to be approved for widespread use in the UK – are expected in the next three weeks.

Speaking on Times Radio, Zahawi added that “vaccine nationalism is the wrong way to go”, adding: “No one is safe until we’re all safe. We need to work together rather than begin to muse policies of vaccine nationalism.”

The row was injected with extra urgency by a sensational story in German financial daily Handelsblatt, published on Monday night, which claimed that the Oxford/AstraZeneca jab is only eight per cent effective in over-65s.

AstraZeneca issued a furious rebuttal, claiming the story was “completely incorrect” – whereas the British government, whose own regulatory agency has approved the jab for use in all age groups, told Politico that the German press was guilty of “Russian-style” disinformation.

The German health ministry waded into the row on Tuesday mornings, rubbishing the Handelsblatt story – and revealing that the eight per cent number actually refers to the number of people in the study aged between 56 and 69, not the vaccine’s efficacy.

“At first glance it seems that the [newspaper] reports have mixed up two things: about 8 per cent of those tested in the AstraZeneca efficacy study were between 56 and 69 [years old], only 3-4 per cent over 70 (MHRA Approval Public Assessment Report),” the ministry said in a statement on Tuesday. “But one cannot deduce an efficacy of only 8 per cent with older people from that.

Leaving aside the potential damage caused to public confidence in the Oxford jab caused by the incident, many commentators were quick to note that the fact that German government officials are bringing against the AstraZeneca vaccine – at a time when the EU’s vaccine rollout is under severe scrutiny – is concerning.

One UK government source told Politico that there is “lots of politics going on in Europe because of vaccine supply crises”, while another suggested “after this, support for Brexit will be at about 90 per cent”.

London has been eager to tout the success of its vaccination programme in contrast to its EU neighbours. Nonetheless, any step by Brussels to unilaterally limit deliveries to the UK would be a drastic step.

“If the EU were to take action unilaterally that restricted supplies of vaccine bought legally and fairly by the U.K., it would poison economic relations for a generation,” Jeremy Hunt, the former health secretary, told the Telegraph. “At such a critical moment, the world needs vaccine nationalism like a hole in the head.”