Maros Sefcovic said the Bill is “extremely damaging to mutual trust and respect between the EU and the UK”. 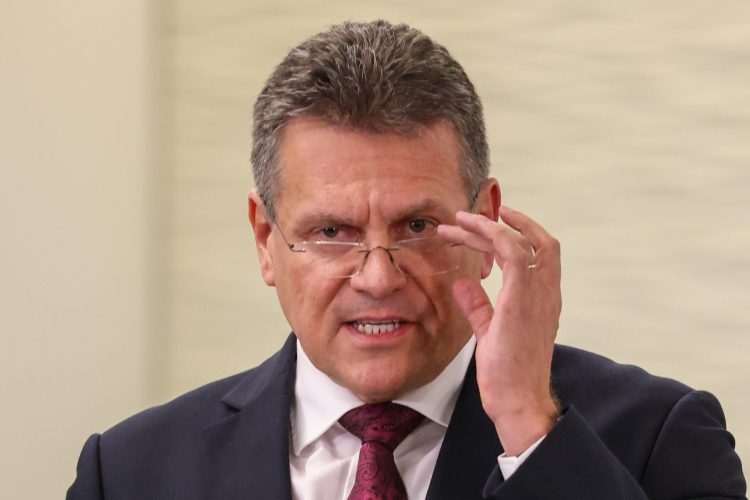 The EU has announced fresh legal action against the UK as part of a series of measures in response to the Government’s move to unilaterally scrap parts of the Northern Ireland Protocol.

The European Commission is also resuming legal proceedings against the UK which were shelved last year to facilitate negotiations on post-Brexit trade.

The EU has described the legal steps as a “proportionate” response to the Government’s tabling of domestic legislation which would give ministers the power to axe large parts of the deal governing the movement of goods from Great Britain to Northern Ireland.

The bloc has insisted its “door remains open” for talks with the UK to find an agreed resolution to the furore over the so-called Irish Sea border.

The stalled legal action related to the UK’s unilateral extension of protocol grace periods in 2021.

Resuming the proceedings, the EU is issuing the UK with a “reasoned opinion” and giving it two months to respond. If the UK does not respond to the bloc’s satisfaction, it will refer the matter to European Court of Justice.

The EU is issuing formal notices of action in respect of the two new infringement proceedings, alleging that the SPS checks are not being carried out properly, with insufficient staff and infrastructure in place at the border control posts at the ports in Northern Ireland.

The proceedings outlined on Wednesday do not specifically relate to the content of the Government’s controversial Northern Ireland Protocol Bill.

The EU said any potential proceedings over the Bill would only happen when it was enacted at Westminster.

The Commission has also outlined more details on proposals it first announced in October last year designed to reduce bureaucracy on customs and SPS processes.

Commission vice-president Maros Sefcovic said the Bill is “extremely damaging to mutual trust and respect between the EU and the UK”.

“It has created deep uncertainty and casts a shadow over our overall co-operation, all at a time when respect for international agreements has never been more important,” he said.

“That is why the Commission has today decided to take legal action against the UK for not complying with significant parts of the protocol on Ireland/Northern Ireland.”

The controversy over the protocol could feature when Boris Johnson faces Prime Minister’s Questions in the Commons at noon.