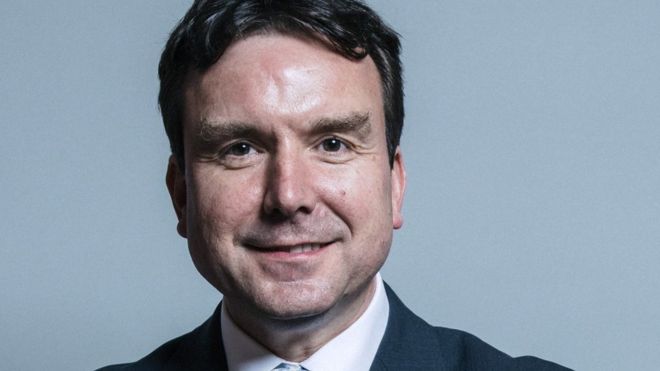 The estranged wife of disgraced former MP Andrew Griffiths will be running in his place for the Conservative Party in next month’s election.

Kate Griffiths was confirmed on Wednesday night as the new Tory candidate for Burton and Uttoxeter.

She replaces Mr Griffiths, who is standing down from frontline politics after being exposed in a sexting scandal last year, only weeks after the birth of the couple’s first child.

Mr Griffiths, 49, resigned as small business minister in July last year after it was revealed he had sent more than 2,000 sexual texts to barmaid Imogen Treharne and a friend in just 21 days, including suggesting he could rent a flat where they could have sex.

Most difficult of my life

The Burton and Uttoxeter Conservatives confirmed Mrs Griffiths would be the party’s candidate for the seat, winning selection over two rivals.

While Mr Griffiths has said he would throw his backing behind the new candidate, Mrs Griffiths said she would she not be taking up his offer.

“The last 18 months have been the most difficult of my life but through my experiences I have found a strength and resilience which I didn’t know I had,” Mrs Griffiths, 48, said in a statement.

“I have become a single mother and have had to fight to protect my family.

“I know people will have questions about my relationship with Andrew Griffiths and I want to be open about this.

“I left Andrew on the day that he told me about the behaviour that was published in the press. Our relationship ended on that day and the divorce is being finalised.

“I am not able to say more about this now as legal proceedings are ongoing but I want to make it clear that I have not sought, not do I accept Andrew’s offer of political support.”

“I am not a professional politician but sometimes in life you have an opportunity to do something good for your community and I am determined to make a real difference for the area that I love,” she said.

In a statement on their Facebook page, the Burton and Uttoxeter Conservatives said: “As someone born and raised in the area we know that Kate has the best interests of the Constituency at heart and with her proven strength and resilience demonstrated over the last 18 months, we know she’ll make a fantastic Member of Parliament for Burton and Uttoxeter.”