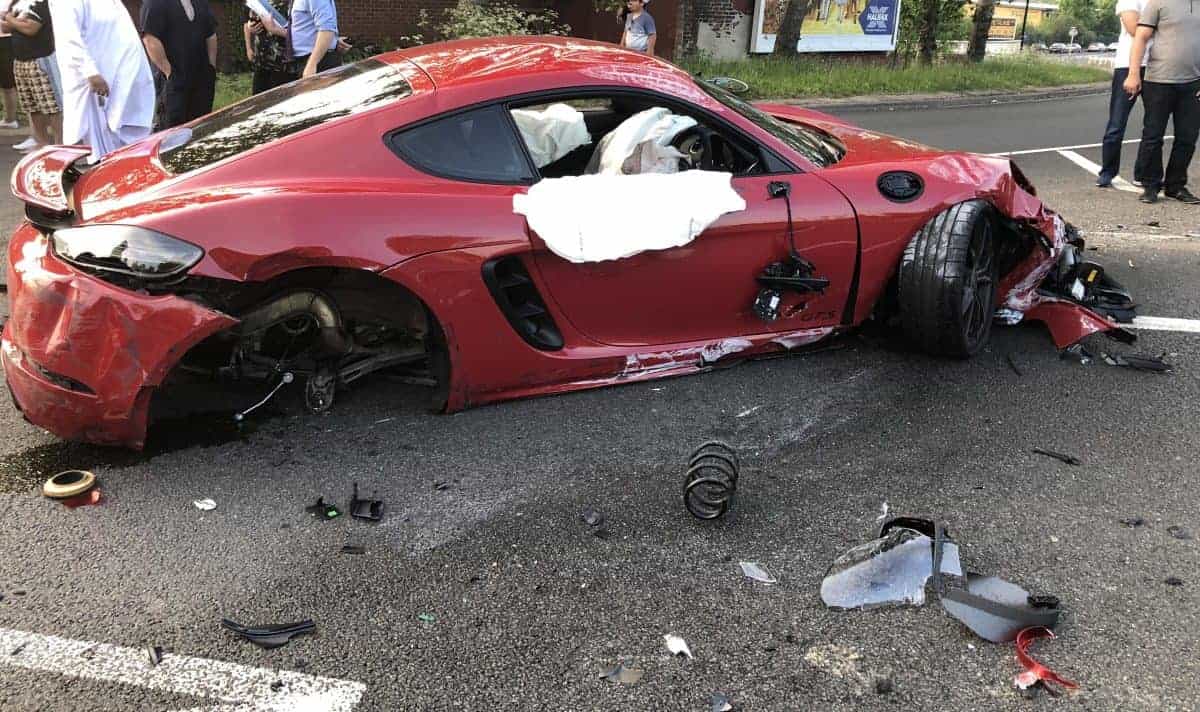 These shocking pictures show the wreckage of two supercars which were involved in a horrific high-speed smash.

Ferrari driver Carl Hartley, 32, was speeding in Sheffield, South Yorks, on May 20 last year when he lost control of his vehicle.

His car smashed into fellow speeding motorist Henry Hibbs, 27, who was in his Porsche and suffered minor injuries.

Both drivers appeared at Sheffield Crown Court on Tuesday when they were found guilty of dangerous driving.

The court heard a number of witnesses told investigators the motorists’ were driving “dangerously” and “unsafely” prior to the smash.

Both vehicles were captured on numerous CCTV footage at various locations exceeding the speed limits of the road they were on.

The court heard Hartley, from Swadlincote, Derbs, fled the scene of the crash.

When officers eventually caught up with the offender he admitted being involved but claimed his brakes had failed.

The airbag unit from his Ferrari was examined and it was found the bags were deployed when the car was travelling at 68mph in a 50mph zone.

No damage to the braking system was found.

Assistant police sergeant McEnery, who led the investigation, said: “I would like to thank the members of the public who came forward and assisted us with this investigation.

“Your help and commitment to making South Yorkshire a safer place does not go unnoticed.”

A/PS McEnery also stated the roads should not be used as racetracks, adding that they have speed limits for safety reasons.

He said: “Vehicles racing and travelling at speed are a dangerous combination, both drivers were extremely lucky that neither were seriously injured or caused injury to an innocent road user.”

Hartley and Hibbs, from Ollerton, Notts, will be sentenced at a later date.