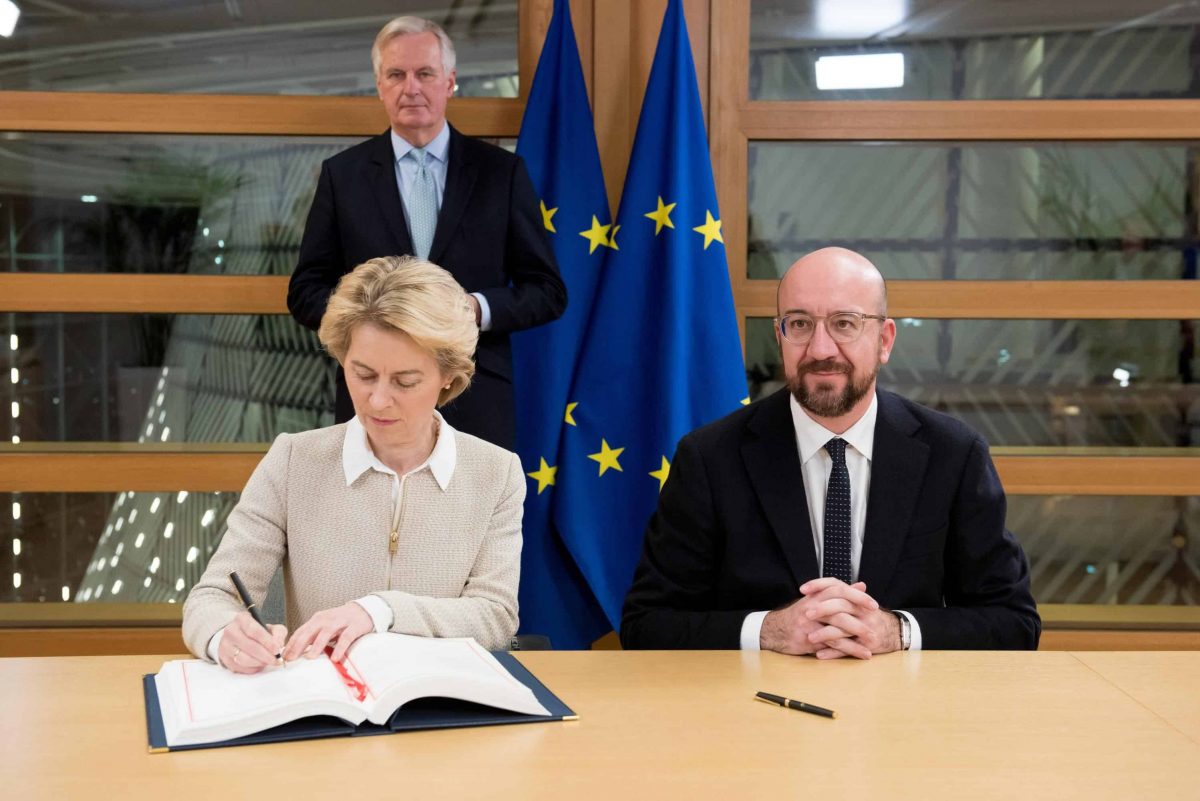 European Commission president Ursula von der Leyen has said Britain and Brussels will fight for their interests in trade talks, as she insisted the UK’s final day in the EU was “emotional”.

The comments came as Prime Minister Boris Johnson said he will hail the “dawn of a new era” as the UK formally leaves the EU.

At 11pm on Friday, bonds dating back to 1973 when the UK joined the European Economic Community will be broken, but the Prime Minister insists Brexit marks “not an end but a beginning”.

The UK will remain in a transition period after the official break as the two sides try to negotiate a far-reaching trade deal by the end of the year.

Ms von der Leyen told the BBC: “It is a very emotional day.

“Negotiations will be fair.

“But, of course, each side will fight for their interests.

“And it is very clear that there are some fields where we have strong common interests.

“For example, the fight against climate change.”

She added: “You know it is the story of old friends and new beginnings now.

“Of course, we want to work together as close as possible.

“The crucial part is the single market.

“If they do not want to respect the rules and the standards of the single market, the more distant, of course, they will be.

“So, this is the room where we have to negotiate.”

Very little will change at the moment of Brexit as a result of the deal which Mr Johnson agreed with Brussels and the 27 remaining member states.

In a symbolic move, Mr Johnson will chair a meeting of his Cabinet in Sunderland, the city which was the first to back Brexit when results were announced after the 2016 referendum.

And in what Number 10 billed as an “address to the nation” released an hour before the moment the UK leaves the EU, Mr Johnson will attempt to sound an optimistic note about the future and promise to heal the divides which have been caused in the bitter Brexit battles.

He will say: “Our job as the government – my job – is to bring this country together and take us forward.”

He will call Brexit “the moment when the dawn breaks and the curtain goes up on a new act”.

“It is a moment of real national renewal and change.

“This is the dawn of a new era in which we no longer accept that your life chances – your family’s life chances – should depend on which part of the country you grow up in.”

The address was being filmed by Downing Street rather than one of the national broadcasters in the latest clash between Number 10 and the media.

Traditionally, speeches by the PM in Number 10 have been recorded by a single broadcaster and then shared with other television networks, in what is known as a “pool” system.

As 11pm arrives, Big Ben will remain silent, despite a high-profile campaign fuelled by Mr Johnson for repair works to be halted to allow Parliament’s bell to ring.

But on Parliament Square, Brexiteers will gather for a party led by Nigel Farage, while Union flags are already flying around Westminster.

In official events, Downing Street will be illuminated with a light show and a new 50p coin will enter circulation.

In Brussels, the UK flag will be removed from the EU institutions, with one Union flag expected to be consigned to a museum.

The Belgian capital has already dressed its famous Manneken Pis statue of a urinating boy in a John Bull costume, complete with Union flag waistcoat.

In Scotland, which voted to stay in the EU in the 2016 referendum, candlelit vigils are planned.

The Leave a Light On gatherings are taking place in Aberdeen, Dundee, Glasgow, and Stirling, among other locations, and participants intend to send a message to the EU to keep open a place for Scotland.

In Northern Ireland, the campaign group Border Communities Against Brexit is to stage a series of protests in Armagh, near to the border with the Republic of Ireland.

There could be an “internationalist, diverse and outward-looking Britain” or one that will “trade our principles, rights and standards to secure hastily arranged, one-sided, race-to-the-bottom trade deals with Donald Trump and others”.

Mr Corbyn said: “We will resist a toxic Trump deal that puts our NHS, food standards and jobs at risk.

“That choice of which path we take for a post-Brexit Britain now lies before us.

“As we leave the European Union, whatever side we took in the Brexit debate, we now need to bring the country together to shape our common future, work to rebuild and strengthen our communities, and eliminate poverty and injustice in our society.”

Chancellor of the Duchy of Lancaster and prominent Leaver Michael Gove said Brexit had made the UK “warmer” to immigration.

He told BBC Breakfast: “Obviously, we are in what’s called a transition period for 11 months and during that time EU laws still apply.

“But we are moving further away from the orbit of EU rules and laws.

“For example, on migration, we can decide what the right policy is, who should come here and on what terms.

“All the evidence is, actually, that since we voted to leave the EU, that attitudes towards immigration have become more warmer and optimistic.”