No matter how many assurances this government gives, I cannot shake off the feeling that our rights may slowly erode, one unnoticeable bit at a time.

by Daniel Theophanous
in Opinion 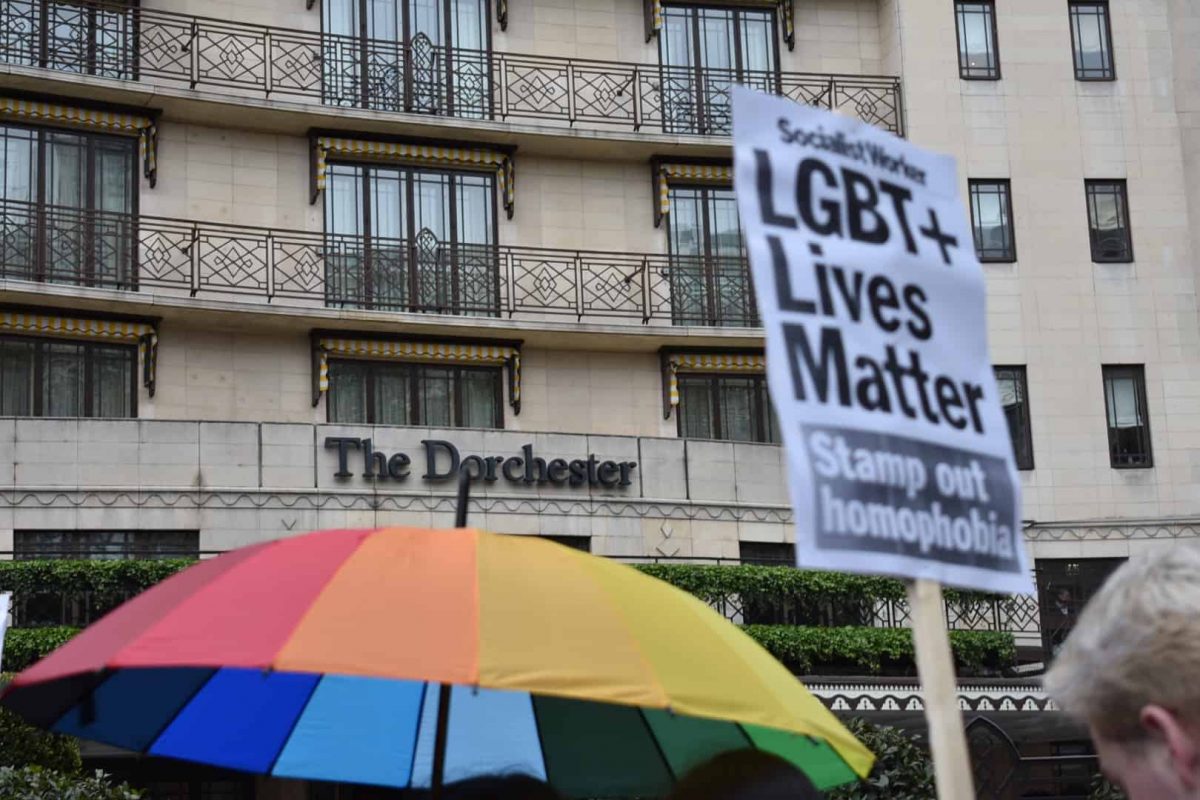 The result of December’s snap election still reverberates loudly, as the populist vote seized the day ensuring our exit from the EU. Sobering scenes of an uncontrollable Nigel Farage in his final hours in European Parliament maniacally waving the British Flag, praising populism, I am left questioning what will become of my rights, my rights as a gay man in a post-Brexit, populist Britain?

As a Remainer and non-Tory voter, it’s easy to fall in the trap of negative assumptions of what the effects of Brexit and Tory government will have on LGBT rights. Dr Peter Dunne from the University of Bristol claims that “while EU membership has undoubtedly been a positive influence for LGBT+ people, it has not been directly responsible for many of the most high-profile developments.  Reforms such as decriminalisation in Northern Ireland, age of consent and access to the military are consequences of the European Convention on Human Rights (ECHR); yet other improvements such as same-sex marriage and extended adoption entitlements are the result of political compromises in Westminster”.

But, when faced with hard facts, such as an increase of 147 per cent of homophobic attacks since the EU referendum and the Conservatives sustained efforts over the years to remove the jurisdiction of the ECHR on British law, it’s hard to remain unmoved. An LGBT Brexit Impact Assessment by media outlet Gay Star News, supports that Brexit leaves UK LGBT people dangerously unprotected, especially if a future government is homophobic or transphobic. Dr Dunne, also co-author of this study, suggests that there is a genuine risk ‘if Britain descends into a race-to-the-bottom ‘business competitiveness’ culture – LGB employment guarantees will be subtly, but significantly, curtailed.’

The ECHR makes clear that discrimination against LGBT violates human rights law. Wherever EU law is engaged, the charter applies. From asylum policy to health and safety, there can be no discrimination based on sexual orientation or sex. Leaving the EU and losing the charter will make LGBT+ rights significantly weaker. Currently, the government has nothing to replace it with. Even if they did, the parliament is sovereign, so any future government can undo the decisions of its predecessor.

The removal of ECHR

Examining the EU referendum voting intentions of parliament’s 636 MPs and pairing them up to their LGBTQ+ historical voting records, unsurprisingly we find a correlation between MPs who support Brexit and voting against LGBT+ supporting policies. Whereas pro-EU PMs generally showed to be LGBT+ allies. Furthermore, the majority of Brexit backing MPs have also supported the removal of ECHR .

According to human rights lawyer Jonathan Cooper, the LGBT community has never been able to fully rely on Westminster for protection. The UK government’s chequered LGBT history, consists numerous low-points such as: the chemical castrations of gay men in 1950s, the implementation of Section 28 in 1988 by Margaret’s Thatcher with its first repeal efforts  scuppered; the first defeat was called “a victory for common sense” by then Shadow Education Secretary Theresa May. It wasn’t until 2003 when it was fully repealed under a Labour government. Yet it was David Cameron with his more centrist credentials, taking a few pointers from the Tony Blair handbook, decides to court the gay vote by legislating same sex-marriage in 2015, and even then, the majority of Tory MPs voted against it.

In the 2019 election, the manifestos of the opposition parties: Labour, Green Party, Liberal Democrats, SNP; all consisted of comprehensive progressive LGBT policies. In comparison to the Conservative manifesto which lacked any real substance. Some commitment made to LGBT education in schools, but when it came to actual policy it was scarce, with a complete omission of trans rights. It is likely that the Tories considered the inclusion of trans rights would lose them votes.

Coupled with a Prime Minister who has shed his One Nation skin, along with a bunch of moderate MPs, to acquire a hard-line Brexit stance. Lest not we forget his highly publicized ‘tank top bum boys’ comment from his 1998 Telegraph column which he has repeatedly refused to apologise for. Or as Foreign Secretary in 2018, chose to approve Bermuda’s decision to revoke same-sex marriage rights. Perhaps this is just posturing for Boris Johnson to appeal to the right-wing of the party. People who knew Johnson in his days Brussels claimed he never came across as a hardened Euro-sceptic; those who worked with him as London Mayor say he was non-ideological. So, it remains to be seen now that he is Prime Minister, will we see him return to some more liberal ideologies.

I would take a guess and say LGBT people should be concerned for the next five under a Tory government, with its questionable track record on LGBT and no ECHR jurisdiction. No matter how many assurances this government gives, I cannot shake off the feeling that our rights may slowly erode, one unnoticeable bit at a time. Yet what worries me even more than this government’s position, judging by the election result, it may (or may not) reflect the beliefs of a large section of the population. Thus, without the security of EU membership, we are truly left vulnerable and at their mercy.

Related: Brexiteers can have their moment, it’s all downhill from here