"People liked the things in our manifesto but they just didn’t believe we could deliver it".... "we need to change that".

by Iwan Doherty
in Politics 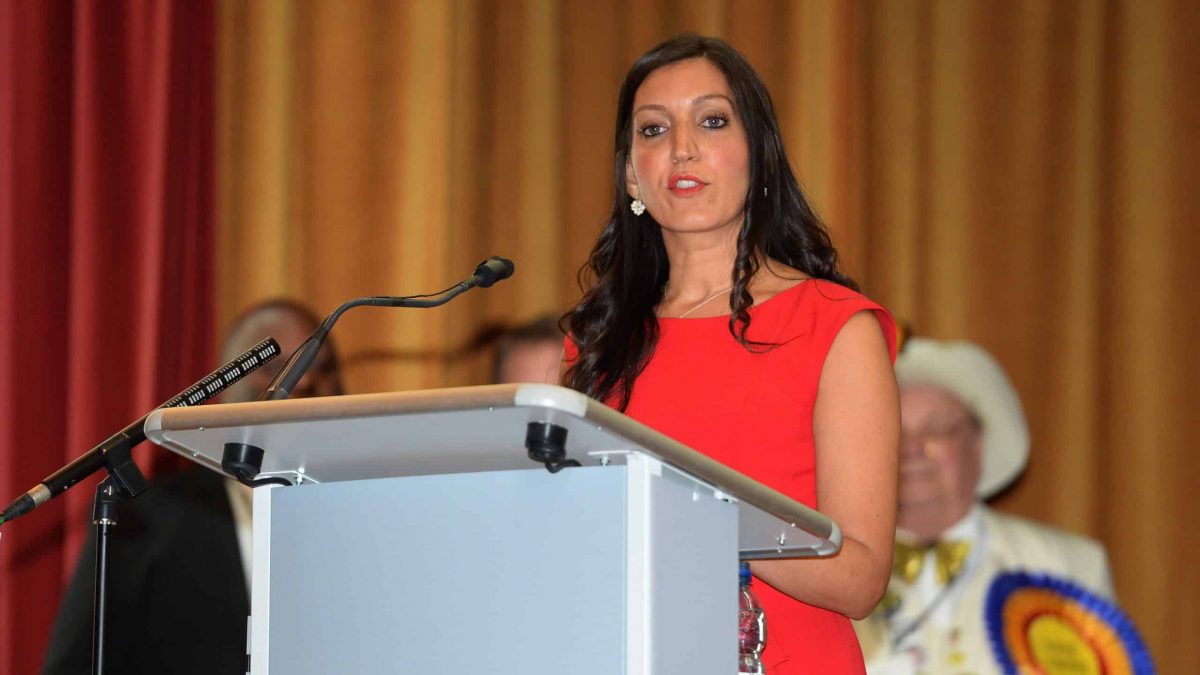 The greatest challenge facing Labour is how to “rebuild confidence within communities who fundamentally didn’t trust us to govern,” Dr Rosena Allin-Khan, a contender for the Deputy Leadership of the Labour Party said.

Speaking exclusively with The London Economic, the Labour MP for Tooting believes that despite popular policies Labour faced an undeniable disconnect with voters in December.

“I think people liked what we had to say about ending child poverty, about putting more money into our NHS and investing in schools but quite frankly people didn’t trust us to govern the country,” she said.

Allin-Khan is hopeful she will be given a chance to help rebuild this trust under the next administration. Explaining how, she said:

“We do that by going out and asking voters themselves, not putting words in their mouths and real hard graft, and that’s what I want to do as deputy leader.”

Setting out her stall, she added that her deputy leadership would see her being “campaigner in chief”, rather than a leader in waiting, and has dismissed that her London background will be a disadvantage to Labour.

“Fundamentally it’s not about where you’re from geographically. Regardless of where they live, they are going to have to prepare to roll up their sleeves.

“My role is to literally get out there as much as I can, seek the ones we have lost, won and never had, to rebuild trust so we understand what it will take to win those votes back.

“It’s not just about rebuilding the red wall, it’s about taking the fight to the blue wall. We have a monumental task ahead to get a Labour government. That involves supporting the Welsh Labour Party next year, that involves getting out and campaign for council elections in May.”

The next deputy leader will be a person who will have a big role in shaping Labour’s new ideological outlook and Allin-Khan has talked about creating a radical labour government in her campaign videos.

When asked what this meant for Labour’s policies and ideology she said:

“Ending austerity, making sure we had an end to foodbank use, a fully funded NHS, social care service. These are things we don’t have at the moment but also its not about trashing the good things we did do in government and we have to become a party of aspirationalism and I think we weren’t and that’s part of what hurt us in the general election.”

However, she believes Labour’s messaging needs to dramatically improve if they are to hold onto their current policy set.

“People did say that they liked the things in our manifesto but they just didn’t believe we could deliver it, our messaging needs to be clearer, we need to celebrate the things we did achieve in government and We do not necessarily fully change our manifesto because I think things in there were good”.

Commenting  further on the 2019 manifesto and the changes she’d hope to make she said:

“There was too much in it, we were throwing out policies every other day, people on the doorsteps just didn’t know what to be talking about and only things people seemed to remember was we were going to give them free broadband.

“In comparison to three simple words, get Brexit done, we couldn’t compete. Our messaging wasn’t coherent and we didn’t put our best foot forward in the media.”

Another issue that has become hotly debated in the Deputy Leadership contest was party discipline. Richard Burgon believes if MPs would have been less hostile to the leadership Labour would be in government while Dawn Butler pledged to expel MPs who disagreed with the leadership publicly.

Dr Rosena Allin-Khan said she disagreed with both of her rivals stating: “The people we should be focussing on expelling from our parties are racist, anti-semties, misogynists and homophobes, not hard-working Labour MPs.

“Fundamentally we are a broad church in the Labour Party, and Dawn herself broke the whip and voted against the triggering of article 50, does that mean she would be expelled herself?”

To improve discipline, she recommends privacy is the best solution so it doesn’t distract from the real issues, saying:

“Our disagreements must be kept private but we should be allowed to have robust discussion amongst ourselves but I think those shouldn’t be aired to the public. I do think there were opportunities to really hold the government to account on things like Brexit, on the handling of the NHS on all sorts of things and we found ourselves and our internal disagreements front and centre instead of us taking the Tories to task.”