A drunk university student dosed off in a taxi on his way home after a night out but woke up 250 miles off course -- slapped with a £1,300 bill 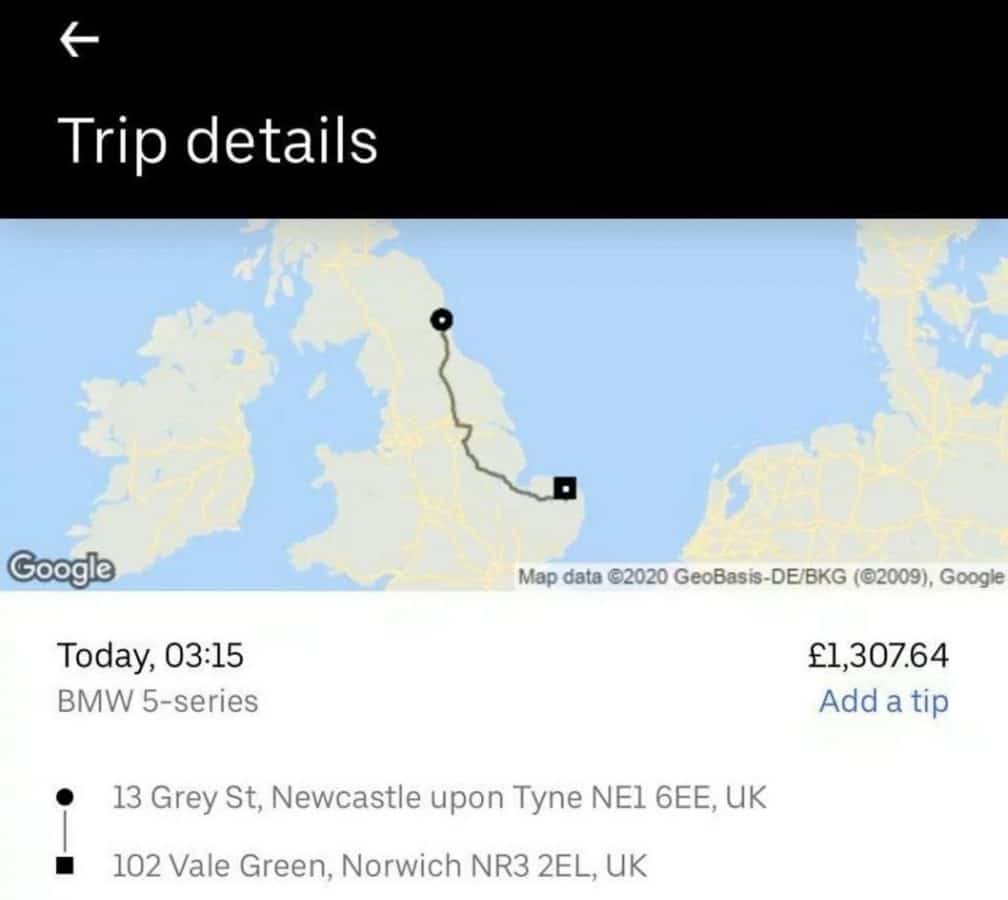 A drunk university student dosed off in a taxi on his way home after a night out but woke up 250 miles off course – slapped with a £1,300 bill.

The silly student, who wished not to be named, realised his mistake after waking up in a taxi in Norwich – some 250 miles away from his home in Newcastle.

He had hoped to get to get straight to bed after a boozy night in Newcastle, but he drunkenly put an NR3 postcode instead of NE1 in his Uber app.

To add to the student’s misery, he missed his morning classes the next day and was slapped with a fine after he was caught without a ticket on his train back north.

Fortunately for the student, he claims the driver “let him off” after realising his drunken mistake.

He told student website the Tab: “When I woke up, I literally thought it was a dream. Surely I hadn’t done this.

“Luckily the driver understood and let me off as he worked out it was a very drunken mistake and I didn’t mean to fall asleep.

“My friends helped me by advising me to sober up and get on the next train back to Newcastle.”

Despite all of this, the student still gave the cabbie a five star rating for his troubles.