It comes after two allies of Ms Symonds, Baroness Finn and Henry Newman, were appointed as key advisers in No 10. 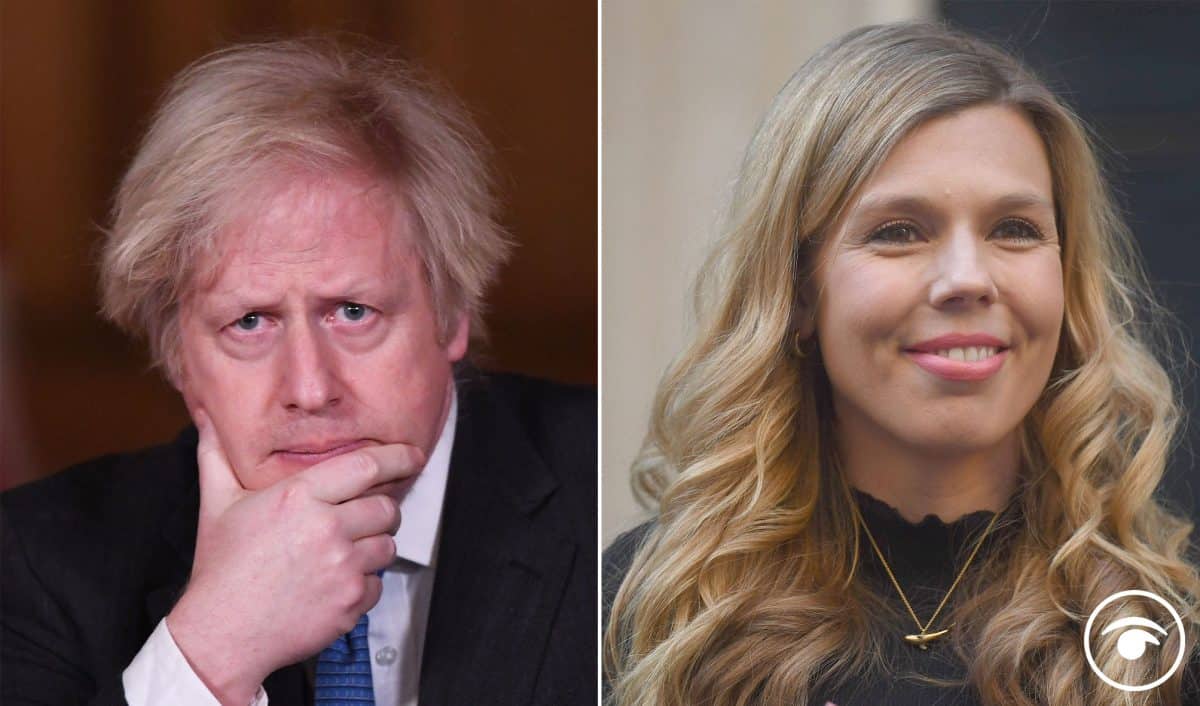 Allies of Boris Johnson have dismissed “incorrect” claims that his fiancee Carrie Symonds is playing a leading role in the Government.

Tory think tank The Bow Group has called for an independent inquiry into her influence in No 10 amid ongoing rumours about tensions at the heart of Government.

But the Prime Minister’s press secretary Allegra Stratton gave the claims short shrift, saying there would be no response to the think tank’s call.

She stressed that Ms Symonds was on maternity leave, looking after her son with Mr Johnson.

The Bow Group said an inquiry should look at Ms Symonds’ “possible influence” in Government hiring and appointments.

It comes after two allies of Ms Symonds, Baroness Finn and Henry Newman, were appointed as key advisers in No 10.

Their rise followed the departure of former Vote Leave figures Dominic Cummings, Lee Cain and Oliver Lewis from No 10 in recent months.

Ben Harris-Quinney, chairman of the Bow Group, said Ms Symonds “currently holds no official role in the Conservative Party or the Government, yet consistent reports in the press suggest that Ms Symonds is taking a central role in running the country, without any authority or accountability to do so”.

But Ms Stratton said “it’s incorrect” to say Ms Symonds has a central role in Government.

“The Prime Minister’s fiancee is on maternity leave, she’s raising their son Wilf and shortly she will be taking up a new role at the wildlife charity The Aspinall Foundation.”

Meanwhile, the Prime Minister was focused on the response to coronavirus, Ms Stratton said.

Conservative MP Laura Trott questioned whether some of the hostile briefing against Ms Symonds could be because she is a woman.

The Sevenoaks MP, who worked in the No 10 Policy Unit during David Cameron’s premiership, told BBC Radio 4’s Westminster Hour: “I used to work with Carrie, she’s an incredibly talented and able person and I think there should be some consideration given… About whether some of these things would be said about a man.

Asked whether Mr Johnson felt there was an element of sexism in the allegations against his fiancee, Ms Stratton said: “That’s something I have heard him say.”