The culture secretary tweeted that the ECB it was "over the top" to suspend Robinson after the tweets emerged. 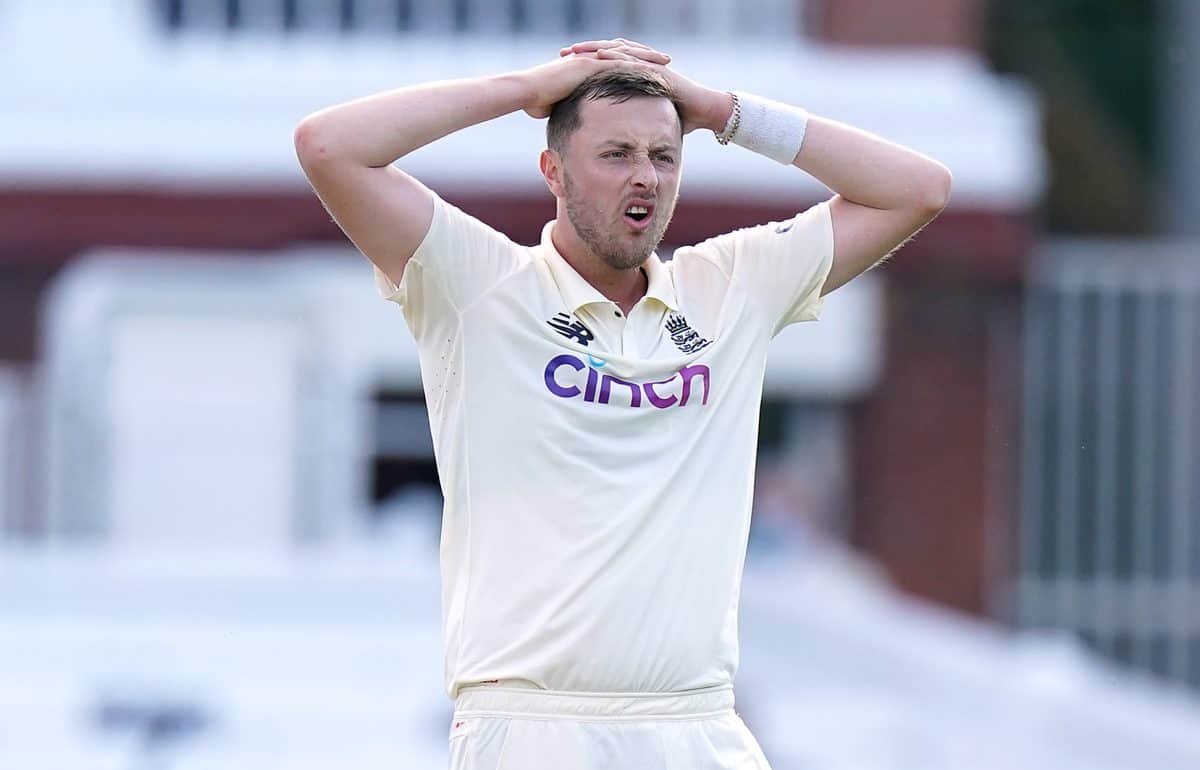 Boris Johnson, Culture Secretary Oliver Dowden and a string of Tory MPs have condemned the action taken by English cricket’s governing body against pace bowler Ollie Robinson over racist and sexist messages posted as a teenager.

Dowden called on the England and Wales Cricket Board (ECB) to “think again” after the “over the top” act of suspending Robinson.

The Sussex seamer had an impressive Test debut in the draw with New Zealand at Lord’s, picking up seven wickets in the match and making a handy 42 with the bat.

However, the start to the pace bowler’s Test career was overshadowed by the emergence of the offensive posts he sent in 2012 and 2013, when he was in his late teens.

The ECB suspended Robinson from all international cricket pending the outcome of a disciplinary investigation.

Dowden said: “Ollie Robinson’s tweets were offensive and wrong. They are also a decade old and written by a teenager.

“The teenager is now a man and has rightly apologised. The ECB has gone over the top by suspending him and should think again.”

Robinson, now 27, will miss the second Test against New Zealand and has been given no assurances about his international future.

Tory MP Steve Double agreed with Dowden, adding “we really do have to get back a sense of perspective”, while Royston Smith said “those that have suspended Ollie Robinson should take a long hard look at themselves” and “this constant virtue signalling is exhausting”.

The ECB’s handling of the issue now risks becoming another battlefield in Westminster’s culture wars.

For Labour, shadow culture secretary Jo Stevens said: “It is right that the ECB takes the action that they think is necessary and appropriate to tackle racism and other forms of discrimination in their sport.

“They should not be criticised for doing so by the Secretary of State.”

The ECB shows no signs of backing down after suspending Robinson from international cricket pending the outcome of a disciplinary investigation following historical tweets he posted in 2012 and 2013.

After the first day’s play between England and New Zealand, Robinson read from a prepared statement to say he was “embarrassed” and “ashamed” of the offending posts.

They came to light hours after England had marked the first Test of the summer at the Home of Cricket by sharing a Moment of Unity alongside the visiting Black Caps before play, taking a stand against several forms of discrimination.

England’s head coach Chris Silverwood said any decisions on Robinson’s future would be made after the investigation.

He said: “Let’s see what comes of it first. There’ll be an investigation and we’ll see after that. What should have been one of the greatest days of Ollie’s career didn’t end up well for him.

“It was disappointing for the group. It was a stark reminder for us all of the responsibilities that we hold in the position that we are in.

“There is absolutely no place in this game for any form of discrimination whatsoever. He showed a lot of remorse, he apologised publicly, he apologised to the dressing room. I think it’s been a really big learning for him.

“The big thing for us all is education. We are all striving to be better, none of us are perfect, and we all need to make sure we are learning all the time. We can make sure the world is a better place.”