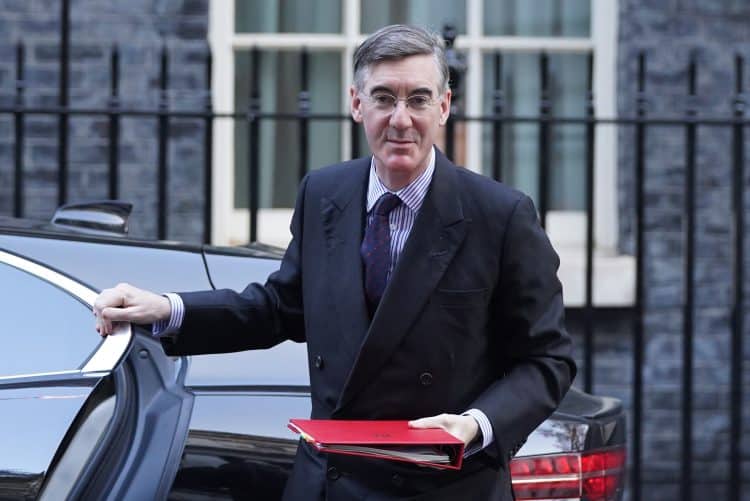 Douglas Ross is a “lightweight figure”, Jacob Rees-Mogg has said, after the leader of the Scottish Conservatives called for Boris Johnson’s resignation over the Downing Street party scandal.

Ross, the MP for Moray, said the prime minister’s position was “no longer tenable”, and revealed he had spoken to Johnson on Wednesday to “set out my reasons”, adding that he “explained to him my position”.

But, as calls for Johnson’s resignation grow louder, Rees-Mogg dismissed his criticism, suggesting that the prime minister’s Scotland Secretary is a much more important figure.

Appearing on the BBC’s Newsnight, the Commons Leader said: “Douglas Ross has always been quite a lightweight figure.”

And he added. thatAlister Jack, the Scotland secretary, who is supportive of Johnson, was “much more substantial and important”.

Rees-Mogg’s remark drew an audible gasp from presenter Kirsty Wark, who had told the Commons leader that all 31 Scottish Tory MSPs now believe Johnson should quit.

Politics expert Professor Sir John Curtice said those comments “are going to get repeated endlessly north of the border” by the Tories’ opponents.

He warned: “Given the difficulties the Conservatives are now in, they are at risk of beginning to implode themselves as a result of the internal fighting within the party.”

Sir John, speaking on BBC Radio Scotland’s Good Morning Scotland programme, said the upcoming council elections north of the border could help explain why Tories in Scotland are speaking out against Johnson – with the overwhelming majority of MSPs having publicly backed Ross and his calls for the PM to quit.

The Strathclyde University elections expert said Scottish Conservative Party “knows it is on a sticky wicket” with the local elections in May.

While he said the Tories will “not want to be fighting those elections against a backdrop of a party that has lost its popularity”, he added: “That at the moment is the prospect that faces it.

“Which perhaps helps to explain why Tory MSPs have been the first out of the hatch to say that the prime minister should go.”

Earlier, Rees-Mogg had told LBC he did not think the Scottish Conservative leader was a “big figure”.

He added: “I don’t think it’s a surprise Douglas Ross takes this view.

“He’s never been a supporter of the prime minister. He has constantly made disobliging comments about the PM.”

As tensions in the Tory party threaten to boil over, a former MSP said Rees-Mogg was wrong to call Ross a “lightweight”.

Professor Adam Tomkins, who quit Holyrood last year, insisted he was “wrong” to brand Ross a “lightweight” – describing it as “very rude and dismissive”.

Professor Tomkins added there is now some “serious thinking” that needs to be done in Scotland about the links between the party on either side of the border.

He told Good Morning Scotland: “There’s a ‘Save Boris’ operation going on at the moment, which you would expect Jacob Rees-Mogg to be… at the head of. That explains why Jacob Rees-Mogg was very rude and dismissive about Douglas yesterday.

“Jacob’s got this wrong – I don’t agree with anything that Jacob said about this matter.

“Douglas is a man of principle and a man of steel, and he will lead the Scottish Conservatives in the direction he thinks he needs to lead them in order to secure that credible fighting voice for centre-right ideas in Scottish politics.”