Priyamvada Gopal had been due to give a speech at the Home Office for Black History Month - until she was "no-platformed". 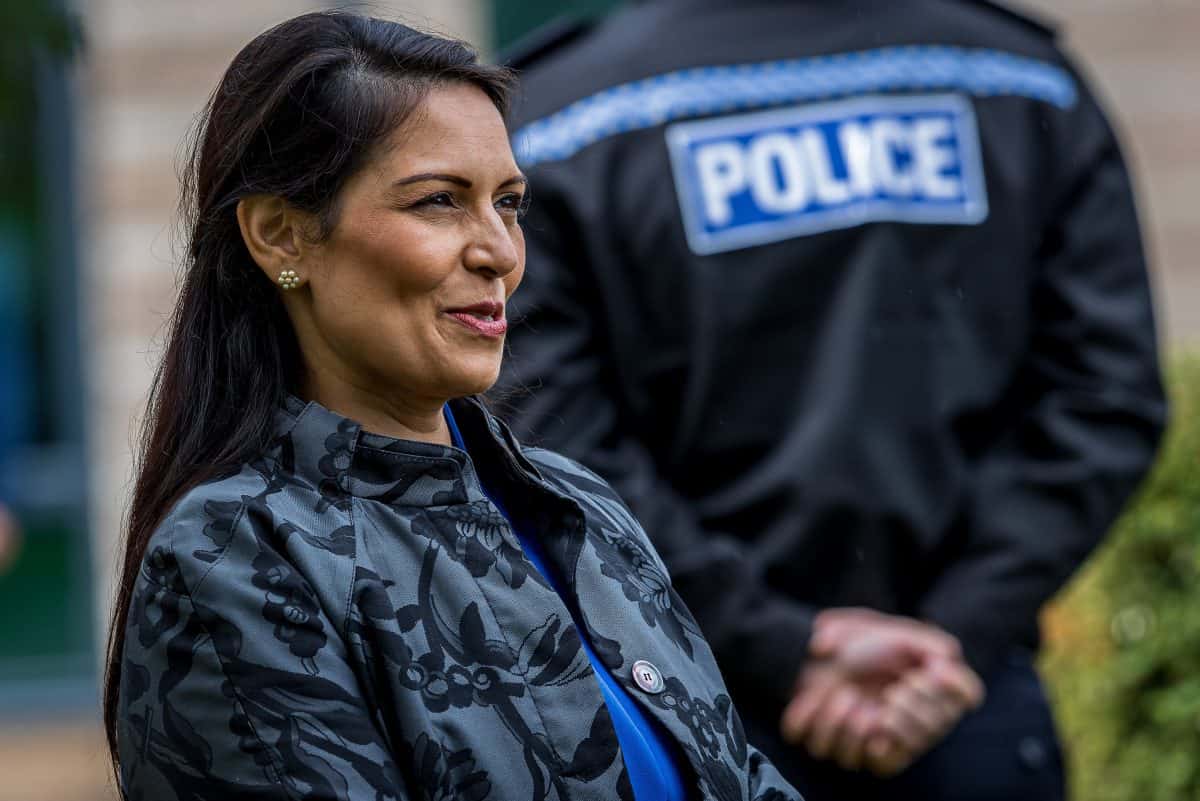 A prominent academic has suggested free speech is “selective” for right-wingers, after she was stopped from giving a Black History Month lecture at the Home Office for “having racist views”.

Right-wing blog Guido Fawkes claimed on Wednesday that Cambridge professor Priyamvada Gopal – a scholar of race and colonialism – had been “cancelled” from the event for making “damning comments against Priti Patel”.

It cited a tweet from Gopal, which read: “Priti Patel is also a reminder that many Asians in British Africa had ferociously anti-black attitudes and were used by colonial administrations to keep black populations in their place. An attitude she brings to government.”

In a statement on Wednesday, Gopal said that “far from being a racist statement”, her tweet “is an observation on the workings of racism under Divide et Impera (Divide and Rule).”

She added: “My criticisms of the hawkish present Home Secretary and her participation in anti-blackness are also a matter of public record. I had been under the impression that criticism of politicians was allowed in a democracy.”

The Daily Mail paid £25,000 to Gopal last year, after falsely accusing the Cambridge academic of wanting to “incite an aggressive and potentially violent race war” and claiming “that she supports and endorses the subjugation and persecution of white people”.

The newspaper had published a column in which journalist Amanda Platell attributed a series of incendiary quotes to the English professor – all of which were fake.

Gopal said she was told by her representative on Sunday afternoon – having already prepared her Black History Month talk – that the Home Office “are unable to proceed with this booking due to unforeseen circumstances”.

But, she wrote: “Two days later, on the 13th of October, the very right-wing and very racist blog, Guido Fawkes, which frequently showcases white supremacy and other bigotry, put out a crowing statement claiming victory in having had me ‘cancelled’.

“They claimed to have ‘exposed’ (the new name for finding tweets easily available in the public domain) remarks by me which noted that Asians have frequently participated in anti-Blackness, particularly during British imperial rule in Africa when the two groups were set against each other.”

She added: “Guido Fawkes takes credit for my cancellation, which it celebrates proudly as a ‘No Platforming’, asserting that it ran a campaign with the Home Office to achieve this outcome. It also implies that the Home Secretary herself was involved in the cancellation.

“There are really only two things to note here with concern, both part of established rightwing white supremacist strategies to contain opposition and criticism.

“The first is the absurd claim that those who work critically on empire, race and racism are ‘the real racists’. The belief — and it may well be well-founded — is that the more ludicrous charge is repeated, the more likely it will stick. The appropriation of the charge of ‘racism’ by white supremacists against their critics is one of the features of the present-day political landscape. Racists claiming that anti-racists are the real racists. Facile but malign.

“The second is, of course, the manifest double-standards on ‘cancellation’ and ‘no-platforming’. We have long known that in the hands of the Conservatives and the rightwing more generally, ‘free speech’ is selective, meant only to showcase racist, transphobic, misogynist, homophobic and colonial views.

“We now have an open example of a rightwing group, influential with government, achieving what it happily calls the ‘no platforming’ of what it calls a ‘hard-left’ lecturer.”

Gopal continued: “Fancy words but selective application of the principle. What we are witnessing, yet again, is an open and uninhibited demonstration of rightwing double standards at a time when the Tories have announced fines for university groups which cancel speakers or ‘no platform’ them. How are the actions of Guido Fawkes and their Conservative friends at the Home Office in cancelling my talk any different?

“The real aim in all the Tory talk about ‘free speech’ is the platforming of Nazis, race essentialists and other sundry discredited ideas which the right wish to give credence to. Funnily, the oft-trotted out right-wing argument that all ideas should be openly debated and exposed to sunlight does not appear to apply at all times and to all speakers.

“What this government of authoritarians really wants to have stopped — as is clear from this case as well as many others — is any critical engagement with empire, race, Churchill, gender, migration, whiteness, or capitalism.

“This cancellation is just one more of many rightwing attempts to shut down critical discourse, because critical thinking, of course, weakens their hold. Their hypocrisy is no surprise but how should the rest of us respond?”