"Brexit is clearly a major factor at play," said Labour MP when he moved production to France. 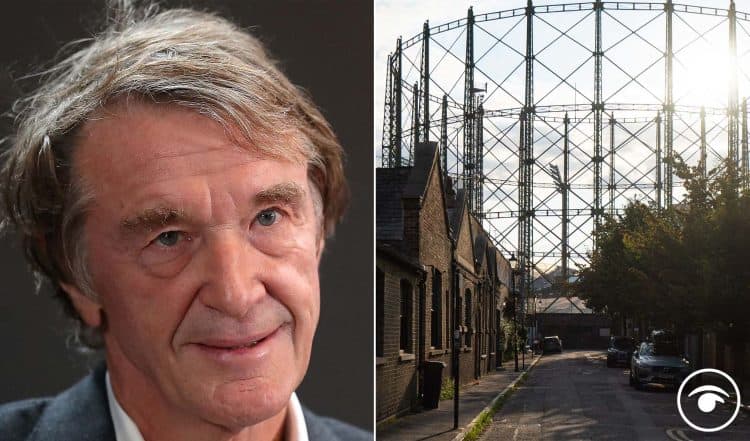 High gas prices will continue throughout winter and industry could be forced to close if supplies run out, the founder of manufacturing giant Ineos has warned.

Sir Jim Ratcliffe said a lack of gas storage in the UK has led to a vulnerability, and that a sharp winter could lead to a widespread shutdown as demand from business and consumers outweighs supply.

In December 2020 Billionaire Sir Jim Ratcliffe, a Leave campaigner in the run-up to the 2016 Brexit referendum, confirmed a new 4×4 vehicle will be built in France.

It ended hopes his Grenadier off-roader, based on the original Land Rover, would be made at a new plant in Wales.

At the time Chris Elmore, Labour MP for the Ogmore constituency in Bridgend, tweeted the decision was a “crushing blow” for the area.

“The highly-skilled and dedicated workforce in Ogmore, Bridgend and surrounding areas would have risen to the challenge,” he wrote.

“That Brexit is clearly a major factor at play is a bitter pill to swallow. Ineos owner Sir Jim Ratcliffe was a vocal Brexiteer, loudly proclaiming the benefits of leaving the EU. Today, we can see his claims are as hollow as his promises.”

In a statement, Ineos Automotive said: “The site’s location on the French-German border, only 200km from Stuttgart, gives excellent access to supply chains, automotive talent and target markets.”

Appearing on ITV’s Peston, he was asked if the country could shut down due to a prolonged cold spell, he replied: “Yeah, in which case then, what you would do is you’d shut down industry.”

“I think it’s quite difficult to predict how long this sort of current situation’s going to last, but you know I suppose if you were a betting man you’d assume it would probably run through at least through the winter because obviously our gas demand increases in the winter.”

He added gas was “a very strategic and important requirement for the UK economy and they (the Government) need to ensure that the UK economy can’t be held to ransom because we haven’t organised our gas situation very well”.

The UK has 10 days’ of storage, Sir Jim said, labelling that figure “a bit pathetic really for a nation as important as the UK” and added that countries on the continent have four or five times that amount.

He said: “Four years ago when we had the, if you remember, the ‘Beast From The East’, we were within a day or two of running out of gas in the UK.

“If we had run out of gas it would have been a disaster for, you know, the older people who wouldn’t have been able to get heating in the house, for industry which would have had to shut down. But we were within days, and we did make that point.”

Manufacturers, such as steel and chemical makers, have previously warned they may have to shut down plants for periods this winter if energy levels continue to be high.

Labour leader Sir Keir Starmer said his party wanted the Government to “come out of hiding” and work with business on the issue.

He said: “They’ve put their out-of-office on. Whilst other countries step up and act, the UK is staggeringly complacently sitting back.”

The Department for Business, Energy and Industrial Strategy said ministers and officials were engaging with industry “to further understand and to help mitigate the impacts of high global gas prices”.