What word would you have used? 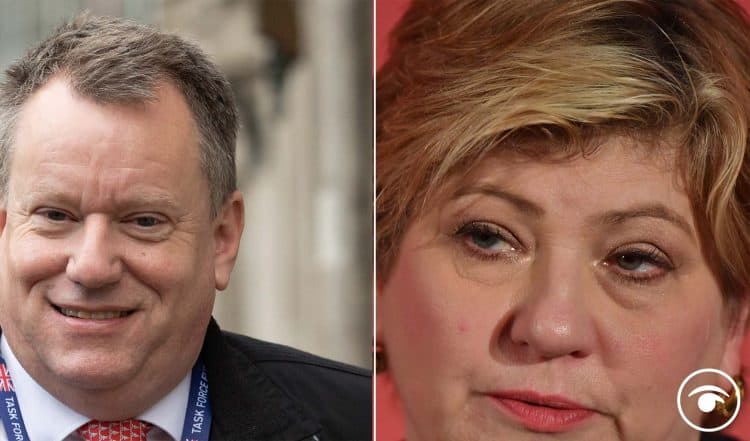 Brussels is reportedly “preparing for the worst” as it awaits the UK’s response to a series of steps it proposed to cut trade red tape across the Irish Sea.

The European Union Commission has laid out measures to slash 80% of regulatory checks and dramatically cut customs processes on the movement of goods, especially food and farming produce, between Britain and the island of Ireland.

The UK Government welcomed the announcement on Wednesday night, signalling that it wanted “intensive talks” to follow the EU’s proposals, designed to tackle disruption caused by the Northern Ireland protocol.

But the EU is now reportedly “preparing for the worst” from the UK in response to its proposals and fear Boris Johnson will reject the plan, according to The Guardian and The Independent newspapers.

Lord Frost has warned that the UK could move to suspend parts of the protocol, by triggering the Article 16 mechanism, if an acceptable compromise cannot be reached.

He insisted the reach of the ECJ was a key issue, telling broadcasters: “The problem with the protocol at the moment is that EU law, with the ECJ as the enforcer of it, is applied in Northern Ireland without any sort of democratic process.”

“So that, I think, has to change if we’re to find governance arrangements that people can live with.”

On the subject of Brexit Emily Thornberry implied she wanted to use some potentially explicit language in reaction to Dominic Cummings’ allegations about the government’s handling of the Brexit deal. Cummings claimed that the government never intended to follow the Brexit deal to the letter and was happy to “ditch bits” thet didn’t like.”

She told Sky’s Kay Burley: “Britain has always had a reputation for being a country that upholds international law in fact frankly an awful lot of international law was written by British lawyers so for us to start playing fast and loose with other countries is shameful, I think we step down as a country, we don’t have the same international reputation if our word isn’t our bond.

“I think it’s appalling that people would even think of representing our country and signing up to an agreement knowing that they weren’t going to implement it.”

Burley then replied: “You paused before you said shameful what word were you going to use?”

In response, Thornberry said: “I wasn’t going to use a word that you could probably broadcast on Sky!”

“In which case, I’m glad you didn’t,” Burley quipped back.