Trump said no president has done more for black Americans aside from Abraham Lincoln. 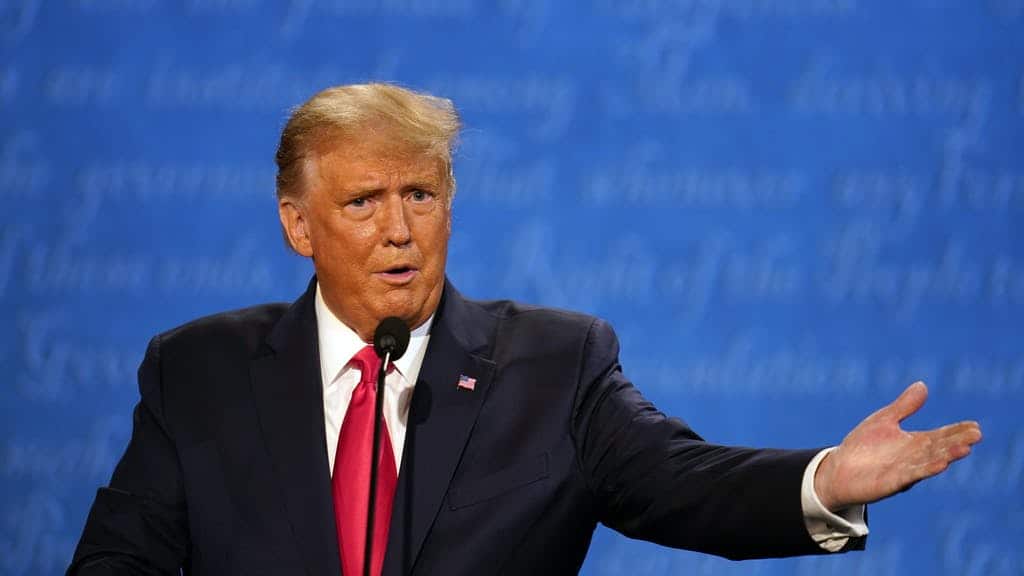 President Donald Trump has claimed to be “the least racist person” in the room during the final presidential debate with Democratic challenger Joe Biden.

Discussions on race and racism dominated a substantial portion of the debate, with the former vice president calling the current president “one of the most racist presidents we’ve had in modern history”.

Mr Biden said the president “pours fuel on every racist fire” and noted that at his last debate the president would not condemn white supremacy and told an extremist group to “stand down and stand by”.

Pres. Trump has been dedicated to building up the Black community:

*He enacted the historic FIRST STEP Act, which reformed our justice system.

*The Act shortens mandatory minimum sentences for nonviolent drug crimes—90% of those whose sentences were reduced are Black Americans.

However Mr Trump portrayed himself as a champion of black people, repeating his standard line that no president has done more for black Americans aside from Abraham Lincoln – which Mr Biden sarcastically seized on by referring to the president as “Abraham Lincoln over here”.

Touting criminal justice reform and opportunity zone bills he signed, the president said: “I am the least racist person in this room.”

He also accused Mr Biden and former president Barack Obama of ignoring issues of racial justice when they were in power, attacking the former vice president for his support for a 1994 crime bill which the president said “did such harm to the black community”.

Donald Trump is the most racist president in modern history. pic.twitter.com/6GyKSbRoHA

“You’re all talk and no action, Joe”

Mr Trump told his opponent: “You’ve done nothing but the crime bill which put tens of thousands of black men in jail.”

He added that Mr Biden had four years as vice president to combat racism but failed to do so, saying: “You’re all talk and no action, Joe.”

Mr Biden said in response he has been trying to change drug sentencing laws that disproportionately harm African Americans and added the public knows his record on the subject.

The former vice president also accused Mr Trump of race baiting, adding that the president “has a dog whistle about as big as a foghorn”.