It comes after the Test and Trace system records its worst ever contact tracing rate. 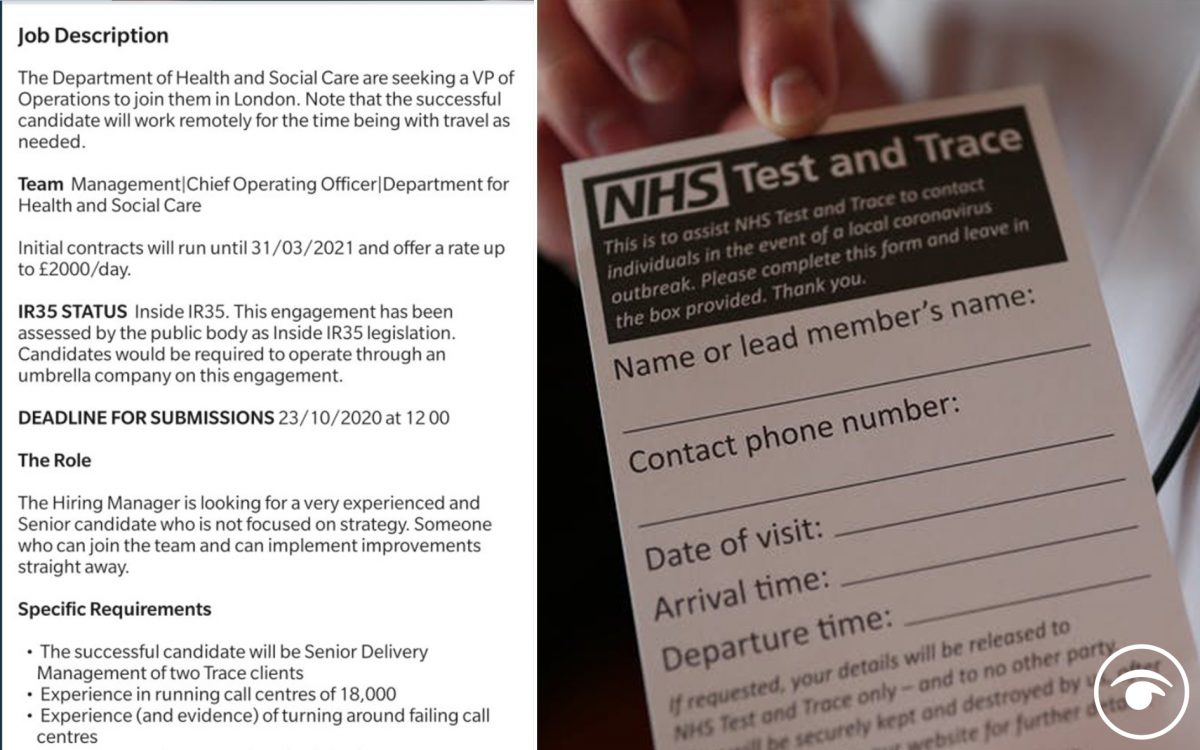 Signs that the government’s test and trace operations might have run aground were made evident yesterday after the Department of Health posted a job advert for a Senior Delivery Manager with “experience of turning around failing call centres”.

According to the ad the DHSC is looking for a temporary “VP of operations” with experience “in running call centres of 18,000” for a rate of up to £2,000 a day.

It comes as the prime minister, Boris Johnson, admitted that the £12 billion coronavirus contact-tracing service needed to provide faster results and he shared “people’s frustrations” over turnaround times.

Figures published on Thursday showed test and trace figures had hit a new low of less than 60 per cent of close contacts being reached, while turnaround times had risen to nearly 48 hours.

I: COVID cases up to 90,000 a day – and Test and Trace can’t cope #TomorrowsPapersToday pic.twitter.com/VRK15Mdxje

The job post added that the DHSC was looking for a candidate who “can implement improvements straight away”, had “experience (and evidence) of turning around failing call centres” and had “examples of quick wins”.

Interesting job ad. Department of Health looking for a ‘Senior Delivery Manager’ for test and trace operations. *£2,000 a day.* “Experience of turning around failing call centres” a must. https://t.co/NId3PooV93 pic.twitter.com/n9zAfhep1W