Some dogs turned up at polling stations wearing Christmas outfits. 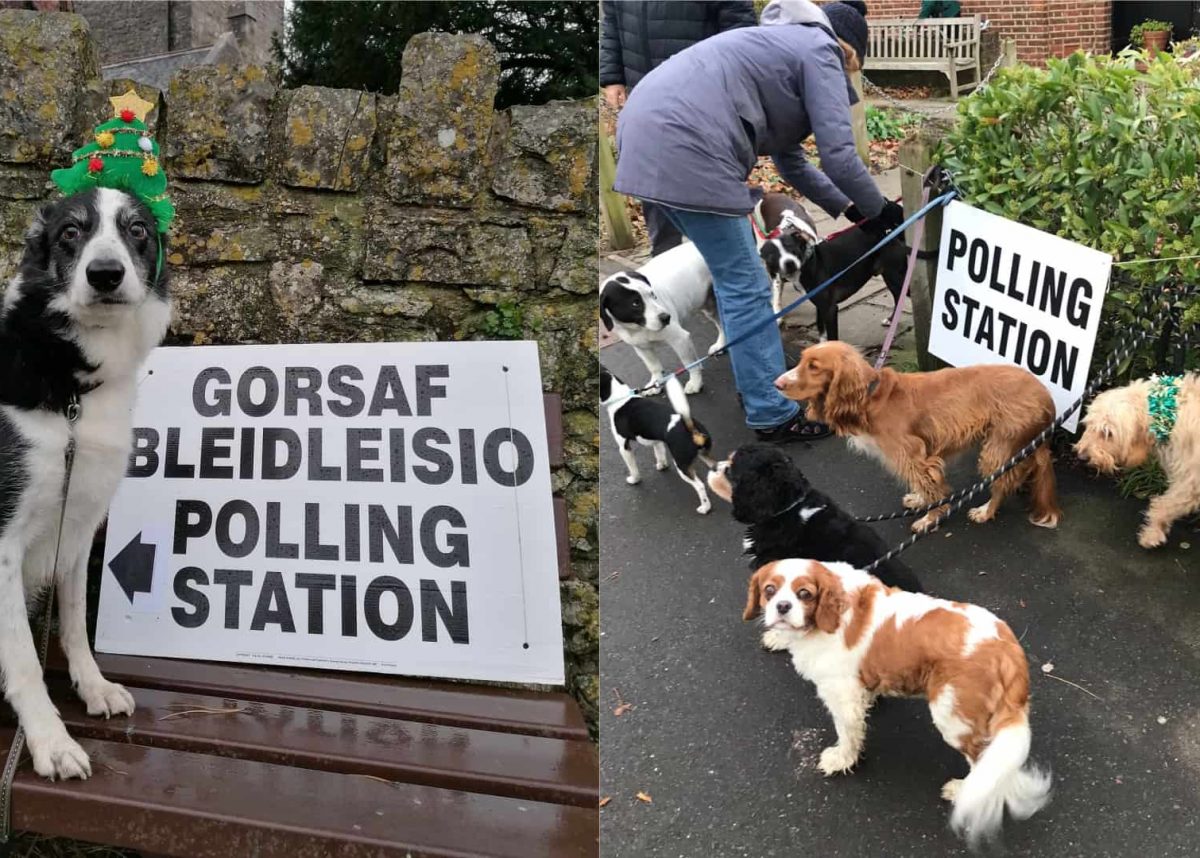 Dogs at polling stations were out in force as voters took their canine friends to join in the democratic process.

The #dogsatpollingstations hashtag has been an increasingly prominent feature of elections in recent years as people pepper social media with pups to add a touch of light relief on polling day.

This year, members of the electorate honoured the December election by putting a festive spin on the tradition.

Pete Way put a string of Christmas lights on his dog, Buster, when he went to cast his vote in Wantage, Oxfordshire.

And Esyllt Sears’ dog, Twm, sported a Christmas tree hat as he turned up to a polling station in the Vale of Glamorgan.

Ms Sears told the PA news agency: “Twm’s been accompanying me to polling stations before #DogsAtPollingStations was even a thing.

“He hates dressing up, and the rain, and waiting for me to vote, and I think his face in this photo reflects how many of us feel this morning … having to think about politics when all we really want to do is stay indoors and eat mince pies.”

Singer Nerina Pallot was accompanied by her dog, Maggie – complete with Christmas sweater – as she cast her vote.

One of the more prominent voters – Prime Minister Boris Johnson – joined in with the trend, taking pet dog Dilyn with him when he cast his vote at Methodist Central Hall in the Cities of London and Westminster constituency.

And London Mayor Sadiq Khan had his dog, Luna, in tow as he turned up to vote.

In a video posted to Twitter he said: “My name is Sadiq Khan, I’m the Mayor of London. I’m here with Luna, we’re voting – make sure you do.”

There was a strong canine turnout in Dulwich Village in south-east London, where a picture posted to Twitter by Kate Turner showed eight dogs waiting outside one polling station.

For those without dogs, there was an attempt to get other animals involved.

Liberal Democrat candidate Ed Davey tweeted: “Sadly no #dogsatpollingstations from me, but my family wanted Carrot the Guinea Pig to be involved… #GE2019”

Lucky Numbers and Horoscopes for today, 11 May 2021