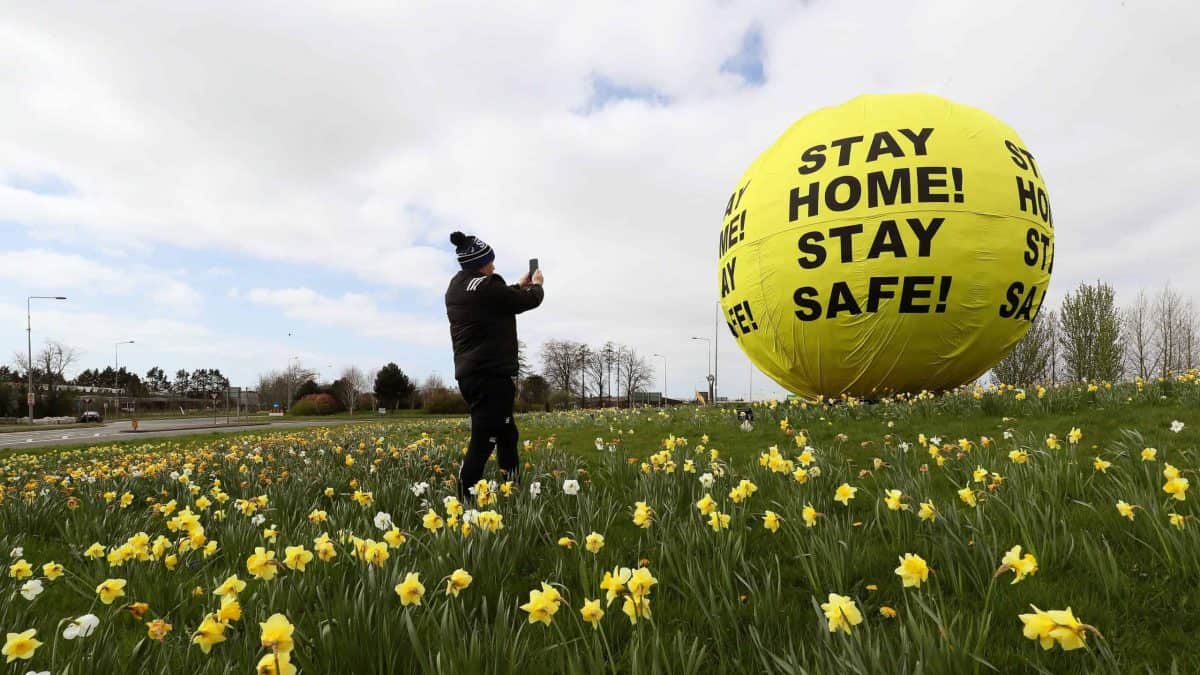 Leaders of all the devolved nations have rejected Boris Johnson’s new “stay alert” advice in favour of the “stay at home” message in the fight against coronavirus amid criticism that the new slogan is unclear.

The Prime Minister was dropping his stricter message as he prepared to unveil his plans to ease the lockdown in a broadcast to the nation on Sunday evening.

He is now telling the public to “stay at home as much as possible”, keep two metres apart when going out and “limit contact” with other people.

But the Government’s efforts to maintain a unified UK-wide response to the pandemic seemed to be in jeopardy as the devolved administrations rejected his message.

Ahead of a Cobra meeting with Mr Johnson, the leaders of Scotland, Wales and Northern Ireland said they had not been consulted over the “stay alert, control the virus and save lives” slogan.

Opposition politicians criticised the message as being ambiguous and Scottish First Minister Nicola Sturgeon said the first she had heard of “the PM’s new slogan” was in newspaper reports.

“It is of course for him to decide what’s most appropriate for England, but given the critical point we are at in tackling the virus, #StayHomeSaveLives remains my clear message to Scotland at this stage,” she tweeted.

Her Welsh counterpart, Mark Drakeford, said the “stay home” message has not changed in Wales and Northern Ireland First Minister Arlene Foster also said the nation will continue to use the “stay at home, protect the NHS, save lives” message.

The PM tweeted his new advice, saying that people should “stay at home as much as possible”, keep two metres apart when outside and “limit contact with other people”.

Downing Street sought to explain the “control the virus” aspect, saying the public could do that by keeping the rate of infection down by “staying alert and following the rules”.

“This is how we can continue to save lives and livelihoods as we start to recover from coronavirus,” a No 10 spokesman said.

In a speech at 7pm, Mr Johnson will outline his “road map” to a new normality with a warning system to track the outbreak, while official figures suggest the UK death toll has passed 36,500.

He acknowledged “this is the dangerous bit” but hopes to restart the economy by encouraging people back to work while maintaining social-distancing rules.

Communities Secretary Robert Jenrick said the new warning system will allow for restrictions to be strengthened or relaxed in different areas depending on localised outbreaks.

But he hoped that all four nations would agree to the same approach when the PM convenes leaders for a Cobra meeting on Sunday afternoon.

“We hope that they will agree to a consistent approach across the country, that’s our strong preference,” Mr Jenrick told Sky’s Sophy Ridge on Sunday.

What does the new advice mean?

But he struggled to concisely explain exactly what the new advice means, when questioned on the BBC.

“Stay alert will mean stay alert by staying home as much as possible,” he told The Andrew Marr Show.

“But stay alert when you do go out by maintaining social distancing, washing your hands, respecting others in the workplace and the other settings that you will go to.”

Mr Jenrick insisted “we’re not going to take risks with the public” but said “we want now to have a message which encourages people to go to work”.

The Liberal Democrats’ acting co-leader, Sir Ed Davey, said changing the slogan “makes the police’s job near impossible and may cause considerable alarm”.

Mr Johnson will convene a Cobra meeting with members of his Cabinet and devolved leaders ahead of his announcement.

But there was a suggestion that some Cabinet members were angry at being left out of the process when it emerged that aspects of the PM’s address were recorded on Saturday.

Alterations could still be made after the meeting but parts were already recorded as a way to get the footage to broadcasters in good time, the PA news agency understands.

The address is not expected to contain a great deal in the way of new policy, with the details being fleshed out in a document being published by the Government on Monday.

Mr Johnson will unveil a warning system administered by a new “joint biosecurity centre” which will detect local increases in infection rates.

With the alerts ranging from green in level one to red in level five, he will say the nation is close to moving down from four to three.

Later this week, the Prime Minister will address the 1922 Committee of backbench Conservatives amid concerns that some of his MPs will be unenthused by the gradual easing.

The incoming changes for England are only expected to be very modest, with a lifting of the limit of only one form of exercise per day and to permit garden centres to reopen.

But in a toughening of measures, fines for those who fail to abide by the rules will be hiked.

Ministers are also planning to impose a 14-day quarantine on people arriving in the UK by plane from any country apart from the Republic of Ireland.