His humorous heckles had become one of the endearing features of Commons life, but after half a century as an MP, the laughter has stopped. 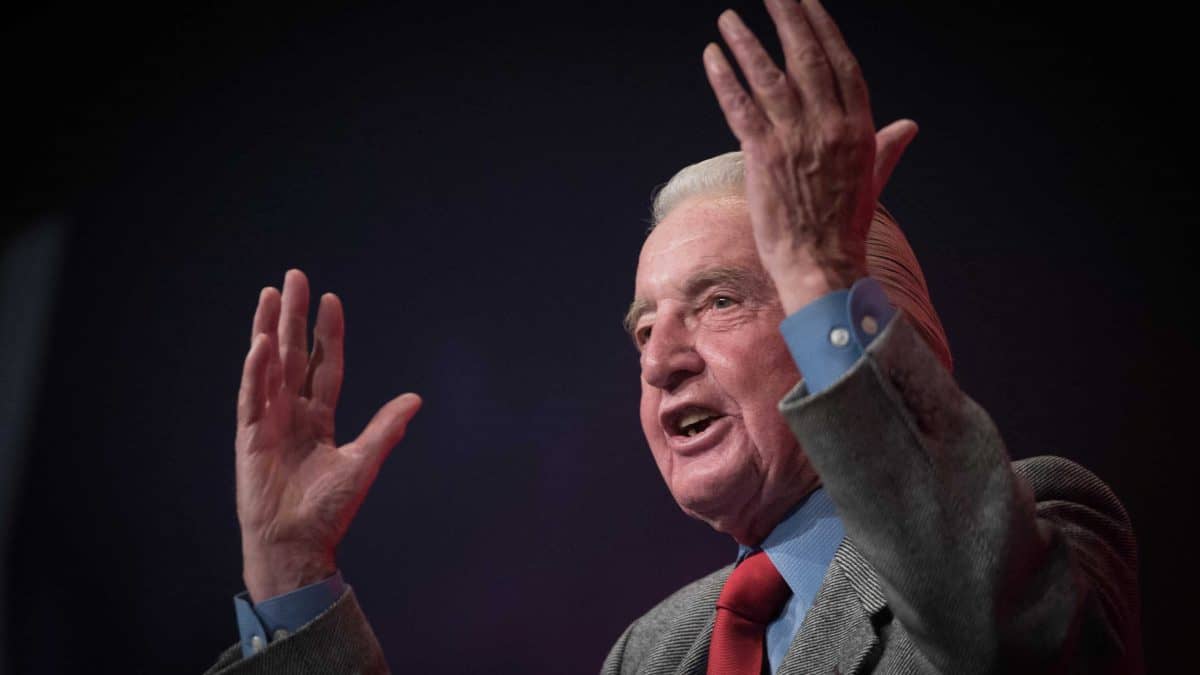 Dennis Skinner’s humorous heckles at the State Opening of Parliament became one of the endearing features of Commons life.

But now, after almost half a century as an MP, the laughter has stopped.

The 87-year-old former miner, known as the Beast Of Bolsover after his Derbyshire constituency, was slayed by constituents who previously voted overwhelmingly for Brexit.

Mr Skinner was not present at the count, having recently undergone hip surgery.

But paying tribute to the veteran, Mr Fletcher said: “Dennis Skinner has served this seat with tremendous distinction. He has been a wonderful constituency MP and he has inspired millions of MPs.

“I’m very sad he can’t be here, because I haven’t found a street that I’ve walked up and down in this constituency where Dennis hasn’t helped somebody.

“Dennis, if you’re watching, I want you to know the love and affection of the people of Bolsover is very much still with you.”

Mr Skinner was a beloved figure among sections of the party, with colleagues leaping to his defence when he was voted off its national executive committee by fellow MPs in 2014.

The Labour firebrand was known for his outbursts, often resulting in his being temporarily booted out of the Commons.

He was ejected in 2005 after making a drugs jibe at then-shadow chancellor George Osborne, complaining about the state of the economy under Tory governments of the 1980s by saying: “The only thing that was growing then were the lines of coke in front of boy George and the rest of the Tories.”

In 2016, he was again given his marching orders when he refused to withdraw his “dodgy Dave” comment, in the House of Commons, directed at then-prime minister David Cameron.

Mr Skinner said: “This man has done more to divide this nation than anybody else. He’s looked after his own pocket. I still refer to him as dodgy Dave. Do what you like.”

He was famous for his traditional heckle in the Commons at the State Opening.

In 2016, he received cheers from some Opposition MPs as he shouted “hands off the BBC” in the Commons, as MPs were summoned to hear the Queen’s Speech.

A decade earlier, as the film The Queen was released, Mr Skinner joked: “Have you got Helen Mirren on standby?”

He was a defender of press freedom, despite having his private life dragged through the tabloids in the 1990 when he was pictured in the News of the World arriving at the Chelsea home of American Lois Blasenheim – 15 years his junior – with a baseball cap pulled over his eyes, his collar turned up and his face largely masked by a scarf.

He subsequently told reporters he parted from his wife Mary four-and-a-half years earlier, but refused to discuss his relationship with parliamentary researcher Miss Blasenheim.

The long-serving MP previously engaged in a turf war with the SNP over his favoured seat in the Commons, across the aisle from the main Labour front bench.

On Thursday, his constituents decided it was time to vacate the seat for good.