However attractive the policies in Labour's manifesto were, however much hope they offered the nation, the Tory propaganda machine and its echo chamber in the mainstream media was able to sneeringly pull it apart and cut through with the Fool’s Gold of “get Brexit done." 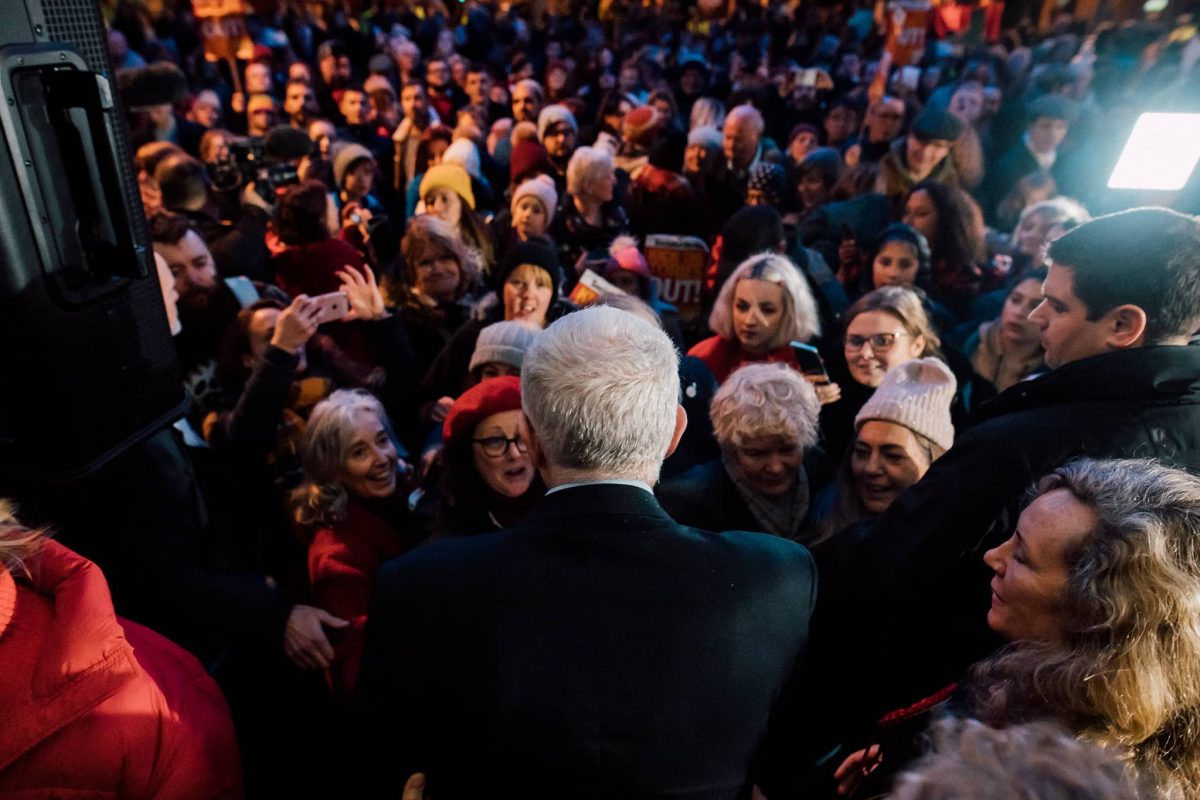 The exit polls are looking disastrous for the Labour Party and already commentators on the BBC are chomping at the bit to take chunks out of Jeremy Corbyn.

Vultures are circling already to replace Jeremy Corbyn as Labour Party leader, speculating about which different opposition leader will replace him.

But is that the right lesson for Labour to learn from the night?

Exit polls suggest the Tories have a large majority – 368 seats and Labour would be way down on 191 seats – a Conservative majority of 86 – the biggest Tory majority since Margaret Thatcher’s third victory and the worst Labour result of modern times.

Comparisons have already been made with Michael Foot and his “suicide note” manifesto. But was Jeremy Corbyn’s manifesto to blame?

Perhaps it over-offered too many improvements to people’s lives, a dizzying smorgasbord of boons such a four-day-week, free University education, more funding for the NHS and schools, renationalisation of rail and utilities, sorting out the social care time-bomb and many more.

But Boris Johnson really only had to repeat one big soundbite to win this election – one big false promise always going to cut through more than a dizzying set of promises – even if they improve people’s lives – unlike Boris Johnson’s “oven-ready Brexit” that most Brits aren’t even convinced will leave anyone better off. But “getting Brexit done” is a much easier sell. Especially when repeated in an unprecedented assault of online adverts, and by the majority of the mainstream press.

And especially when that media is associating the Labour Party with antisemitism – despite three Tory candidates accused of antisemitism actually standing in the election, and Boris Johnson having written the sort of antisemitic tropes that would see him suspended if he head been a Labour MP under Corbyn.

The traditional Labour mining constituency of Blyth Valley, a Labour seat since 1950 was the Conservative’s first scalp of the night in the traditional Labour heartlands of Northumberland. “We’re going to get Brexit done” said the new Conservative MP Ian Levy, echoing Johnson’s winning refrain, and adding “I’d like to thank Boris Johnson,” scarcely believing his luck at having won the seat.

Significantly it was a Northern, Brexit-voting Labour heartland seat. And these appear to be where Labour has lost this election.

Not in the remain-supporting conurbations and in London, where Corbyn’s triangulation on Brexit, offering both leavers and remainers the respect to try and negotiate a decent Brexit deal and put it to the people in a final say referendum does not appear to have lost many Labour votes. On the contrary, Labour won Putney, Justine Greening’s old seat from the Conservatives for the first time since 2001.

If Jeremy Corbyn had resigned a year ago and a remain-supporting more centrist Labour MP had led Labour through this election that Boris Johnson and the compliant media amplifying his message have allowed him to make a Brexit election rather than a verdict on a decade of Tory rule that few can see any achievements emerging from, would Labour have won any more seats?

Probably not in the remainer city seats.

Gareth Snell, expecting to lose his Stoke Central seat, told the BBC that Labour – under the influence of MPs fighting remainer Lib Dems – tried to fight Brexit at the same time as fighting the Conservatives, two battles that were too hard to win at once.

And Labour would certainly have lost more seats in Brexit-voting heartland constituencies with an avowed remainer at its helm. Jo Swinson’s vainglorious vow to stop Brexit that she imagined would win the party more seats fell as flat as deflated fart cushion. People on both sides of the Brexit debate found her vow to simply ban Brexit undemocratic, she was forced to switch to campaigning for a second referendum, but without the plaudits and seats she hoped to win.

In many ways Jeremy Corbyn has been proved right in this election for not having embraced the remain cause wholeheartedly with a total lack of respect for anyone who voted for Brexit.

Perhaps his biggest mistake was falling for Boris Johnson’s trap of calling an election after Johnson’s arrogant sacking of Tory colleagues had left him stuck in a minority government.

And here again, perhaps it is unfair to blame Corbyn for not having sorted Brexit out first and then fought an election on the Tory record rather than a Brexit election with the handicap of the remain vote divided between Labour and the Lib Dems.

As soon as Jo Swinson and Nicola Sturgeon agreed to Johnson’s repeated calls for an election in the conceited belief it would help their causes, Jeremy Corbyn found it impossible to resist the trap of a Brexit election.

Who would fare better than Jeremy Corbyn in this situation? Who would have played the cards he was dealt with any better? – With his MPs and the country divided on Brexit and a media hell bent on destroying any Labour leader – remember the treatment of his predecessor “Red Ed” Miliband?

However attractive the policies in Labour’s manifesto were, however much hope they offered the nation, the Tory propaganda machine and its echo chamber in the mainstream media was able to sneeringly pull it apart and cut through with the Fool’s Gold of “get Brexit done.”