The shadow foreign secretary claimed he "never believed" Corbyn could win the leadership in 2015. 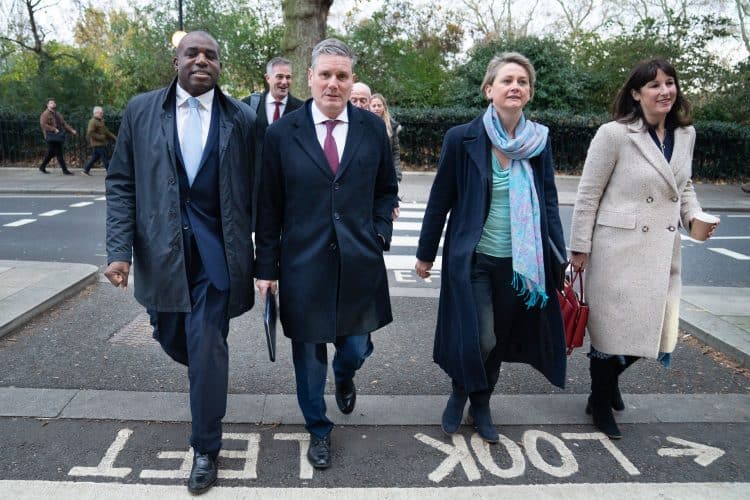 David Lammy has said sorry for nominating Jeremy Corbyn to be Labour leader in 2015 – and claimed to be “staggered” that some individuals with antiseptic views remain in the Labour Party.

His comments follow a recent survey of Jewish Labour Movement members which found strong support for Starmer’s attempts to tackle antisemitism since he became leader.

Around 70 per cent of the survey’s respondents said Labour was a safe space for Jewish people under Starmer’s leadership, compared with just four per cent who felt the same under Corbyn.

Lammy admitted Labour was still “on a journey” to improve relations with Jewish communities in the UK.

“I’ve met some of these individuals and am frankly staggered some are still in the party,” the Tottenham MP said.

“But as a lawyer, I understand that people appeal and go to court. There is a process, which can feel slow and tortuous sometimes, but it must be undertaken.”

He said he was an adherent to the “rainbow coalition of politics”, adding that he was proud of the Jewish community for standing “shoulder to shoulder” with the likes of Nelson Mandela and Desmond Tutu in their battle against apartheid.

“The Jewish community understood the fascism that was at the heart of apartheid and the pernicious evil of discrimination. The tradition that I’m from is Jewish friends recognising and being active alongside historically discriminated groups.

“It means black communities like mine understanding prejudices existing against Jewish communities.”