The public fear that commitments made at Cop26 won't be met because they aren't legally binding. 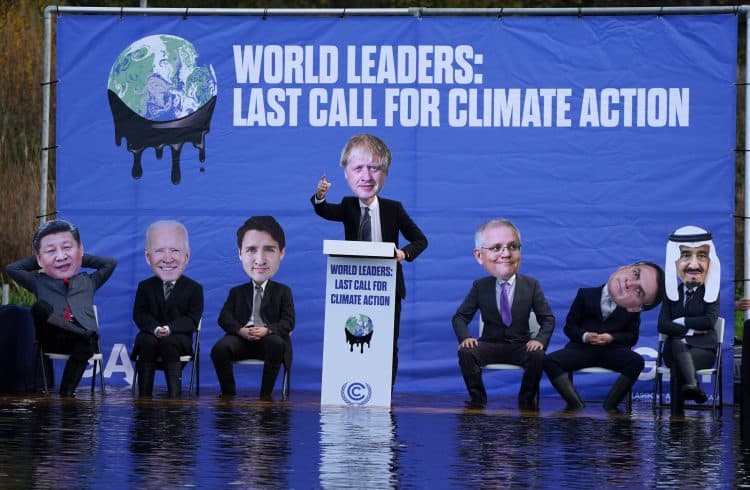 Brits worry that hypocrisy by politicians will affect the public’s willingness to fight climate change – and doubt that commitments made at Cop26 can be met.

The views emerged in the Net Zero Diaries, a project run by consultancy Britain Thinks to look into evolving attitudes to the pursuit of net zero.

The focus group involved 40 people keeping diaries of news events and their everyday encounters with the changing climate. After the Cop26 summit in Glasgow, many recorded feeling “excited and hopeful”.

Researchers examining the diaries found those who had been less engaged on climate issues tended to believe Cop26 had been a resounding success as a result of the extensive coverage it received.

Yet even those who say they held a strong interest in environmental issues admitted being unable to name specific details about what had been agreed on issues like deforestation and coal.

Two moments stood out for participants, The Guardian reported: US president Joe Biden appearing to fall asleep during one discussion, and Boris Johnson flying to London for a dinner after opening the summit.

“It clearly didn’t get people involved if they were falling asleep during it,” one said.

“I feel Boris Johnson was very hypocritical travelling by plane in between this – surely he could have utilised technology or at least travelled by an electric vehicle,” another added.

Diarists were also sceptical that the agreements would be stuck to. “None of the agreements are legally binding and are phrased as quite vague statements,” one wrote. “On the main points, the countries mainly responsible did not sign those agreements.”

Climate-related disasters caused “eye-watering” costs in 2021, with some that racked up tens of billions of dollars in damage, a charity said.

A report from Christian Aid, which highlights 15 of the worst weather extremes including floods, storms and droughts this year, warns they caused death and displacement around the world, as well as financial costs.

And as the impacts of rising temperatures on more extreme weather become ever clearer, people in the UK think climate change should be a top priority for the Government in 2022, above healthcare and the economy, according to a poll for the aid agency.

The report says 10 of the extreme events each cost more than 1.5 billion US dollars (£1.1 billion), including Hurricane Ida in the US in August which cost 65 billion dollars (£49 billion) and July’s floods across parts of Europe which totalled 43 billion dollars (£33 billion) of damage.