The former First Lady said she was praying for the royals, and urged everyone involved to show forgiveness - because “there is nothing more important than family”. 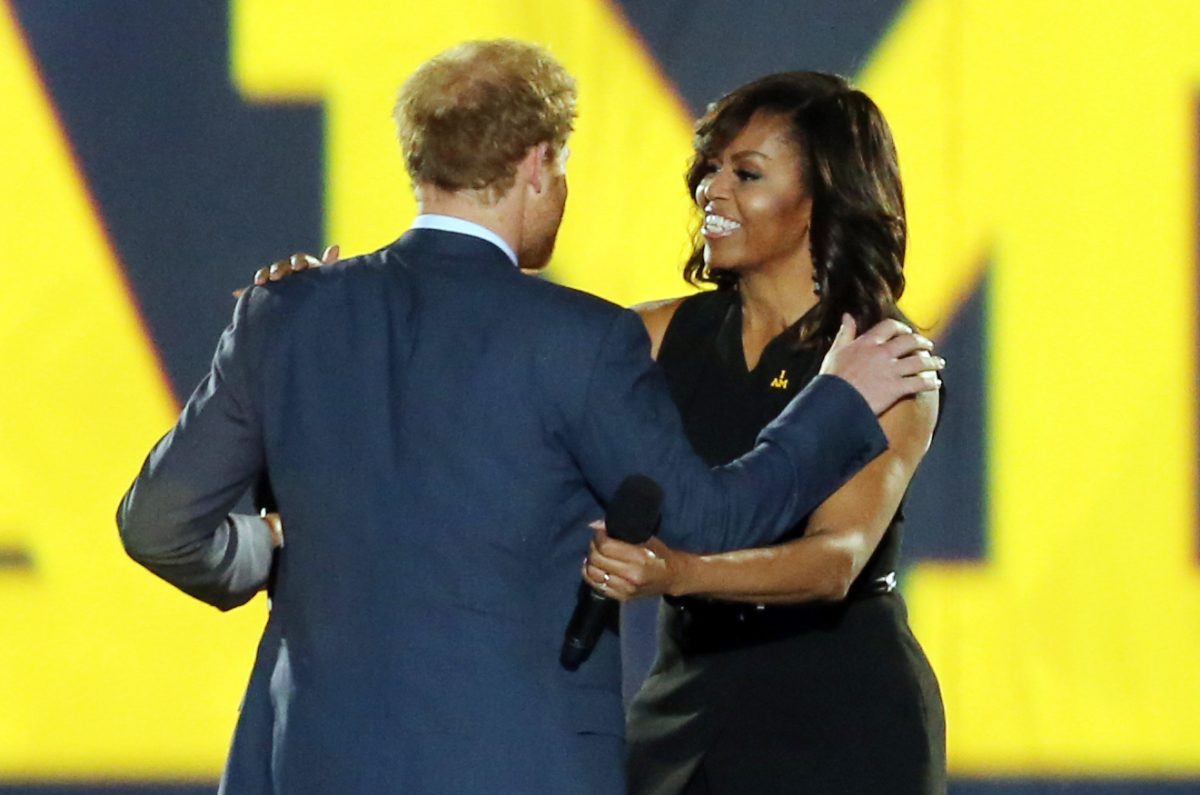 Prince Harry welcomes First Lady Michelle Obama onto the stage during the opening ceremony of the Invictus Games 2016 held at ESPN Wide World of Sports in Orlando, Florida.

Michelle Obama said she was not surprised by Meghan Markle and Prince Harry’s allegations of racism inside the Royal family, saying it should be a “teachable moment for us all”.

The former First Lady said she was praying for the royals, and urged everyone involved to show forgiveness – because “there is nothing more important than family”.

Obama made her comments in an interview on US television with Jenna Bush Hager, the daughter of her husband’s predecessor in the White House, ex-president George W. Bush.

Bush Hager asked: “What about when she [the Duchess] talked about the fact that she experienced racism? I feel like that was heartbreaking to hear, that she felt like she was in her own family, you know, her own family thought differently of her?”

Obama, 57, replied: “Race isn’t a new construct in this world for people of colour, so it wasn’t a complete surprise to hear her feelings and to have them articulated.

“I think the thing that I hope for, and the thing I think about, is that this first and foremost is a family. And I pray for forgiveness and healing for them so that they can use this as a teachable moment for us all.”

In a separate interview – with Access Hollywood – Obama added: “My hope is that, when I think about what they’re going through, I think about the importance of family, and I just pray that there is forgiveness and there is clarity and love and resolve at some point in time.

“Because there’s nothing more important than family.”

Buckingham Palace said the issues raised in the interview, especially over race, were concerning and would be addressed by the royal family privately.

In a statement last week, the Palace said that the royal family is taking “very seriously” the Duke and Duchess of Sussex’s shocking allegations of racism and a lack of support despite “some recollections” among royals varying.

The family appear to be at odds over the version of some events described by the Sussexes, but the sympathetic tone of a Buckingham Palace statement suggests a reconciliation through dialogue in private is the aim.