Last month it was hinted that the prime minister's former aide could join Labour if the right opportunity arose. 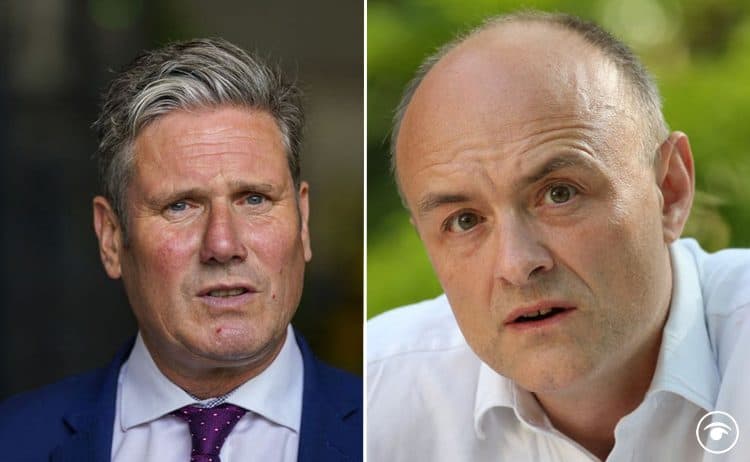 The prime minister’s former aide said he “can’t think of one idea” the Labour leader has put forward, saying the party has “literally no message”.

Late last month it was suggested that the political strategist could jump ships to join Labour, with a close friend saying he “wouldn’t put it past him”.

Speaking on LBC, James Fletcher said: “He’s not a Tory. To the best of my knowledge he’s not a member of the Conservative party, so I don’t see why he wouldn’t (work for Labour).

Turns out it's someone called Rachel Reeves whose name rings a vague bell, whose face doesn't, & I can't think of a single thing about her. I don't even know if she voted Remain/Brexit. Do Labour MPs realise Starmer is a total dud & they have *literally no message*?! pic.twitter.com/V4f3pv1om8

A BBC interview with Cummings is set to air at 7pm this evening, with more explosive revelations about the prime minister’s handling of the pandemic expected to be revealed.

According to leaked WhatsApp messages, Boris Johnson was happy to let Covid rip last year after suggesting it is only over 80s who will die.

The former aide alleged the PM was reluctant to heighten restrictions and did not buy “all this NHS” being “overwhelmed stuff”.

He said “hardly anyone under 60 goes to hospital and of those virtually all survive”, telling his team that “we may need to recalibrate” on their pandemic response.

In an exclusive @BBCNews special, @BBCLauraK interviews Dominic Cummings about his role in government during the pandemic, his relationship with the Prime Minister and his role in Brexit.

Related: Kids can skip quarantine and expensive tests, but only if they live in the UK