“There are max 3 million in this country aged over 80," he said. “It shows we don’t go for nationwide lockdown.” 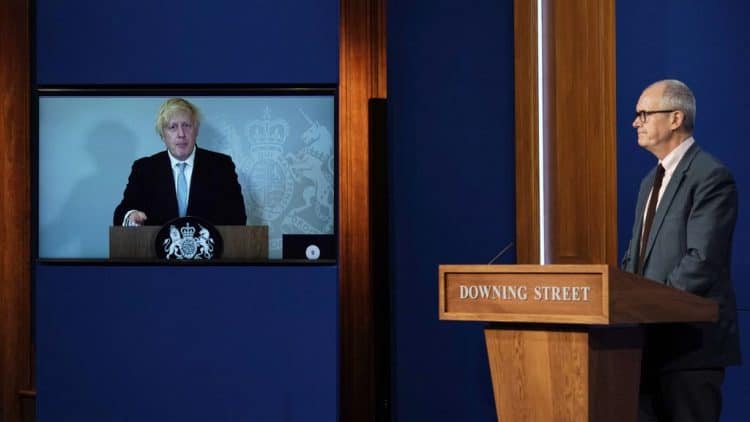 Dominic Cummings has revealed Boris Johnson was happy to let Covid rip last year after suggesting it is only over 80s who will die.

The former aide shared WhatsApps with the BBC as he alleged the prime minister was reluctant to heighten restrictions and did not buy “all this NHS” being “overwhelmed stuff”.

He said “hardly anyone under 60 goes to hospital and of those virtually all survive”, telling his team that “we may need to recalibrate” on their pandemic response.

In his first broadcast interview, Cummings accused his one-time boss of putting “his own political interests ahead of people’s lives”.

He said that Mr Johnson’s attitude at the time was a “weird mix of, er, partly it’s all nonsense and lockdowns don’t work anyway and partly well this is terrible but the people who are dying are essentially all over 80 and we can’t kill the economy just because of people dying over 80”.

He also alleged that Mr Johnson was too beholden to lockdown-opposing Tories and elements of the media which convinced him the first lockdown was a mistake.

Mr Cummings claimed the Prime Minister referred to the Telegraph, which previously employed him as a journalist, as “my real boss”.

A Number 10 spokeswoman responded: “Since the start of the pandemic, the Prime Minister has taken the necessary action to protect lives and livelihoods, guided by the best scientific advice.

But Labour’s shadow health minister Justin Madders said: “The revelations are further evidence that the Prime Minister has made the wrong calls time and again at the expense of public health.

“The chaos, delay and incompetence at the heart of Government is costing lives and harming the economy. Boris Johnson is reckless, unfit to govern and a public inquiry cannot be delayed.”

Reaction to the revelations has been explosive on social media.

Alex Andreou called the allegations “insane and yet entirely believable”, while the Arist Taxi Driver had a thing or two to say on the matter.

This is insane and yet entirely believable. I can almost hear the words in Johnson's voice. https://t.co/w41VLrUtfb

That’s your Nan, Grandad, your mum, dad, auntie uncle little old lady who lived next door.. “Only over 80’s will die” Boris Johnson on whether to do 2nd lockdown or not pic.twitter.com/0A8ZkSpsAi

Dominic Cummings: The Interview will air on BBC Two at 7pm on Tuesday.