"We police without fear or favour," the Scotland Yard chief insisted. 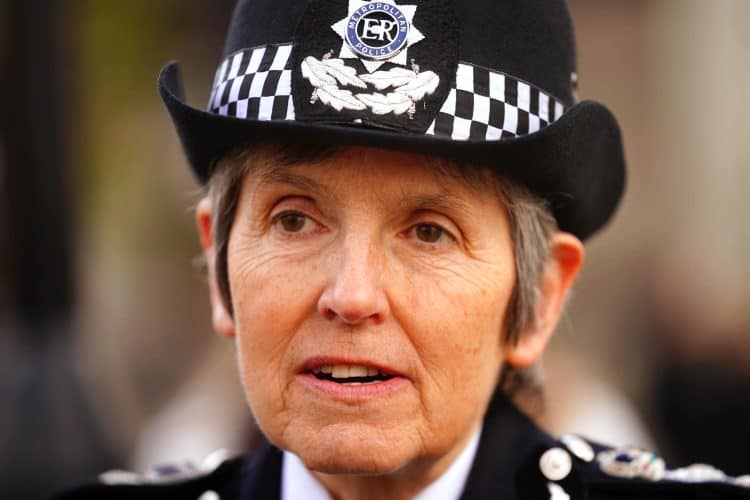 The Met has come under intense political and public pressure to explain how the gatherings were able to take place at a site with a heavy police presence.

Dame Cressida said the officers on duty were there to provide “protective security” but refused to be drawn on “anything they may have seen or heard”.

She announced that the force was investigating “a number of events” that had taken place in Downing Street and Whitehall over the last two years in relation to potential breaches of Covid-19 regulations.

At a session of the London Assembly’s Police and Crime Committee Dame Cressida said there were clear guidelines on when allegations of past breaches would be investigated.

They were only for “the most serious and flagrant type of breach” where there was evidence and three criteria were met.

Those three factors are: evidence that those involved “knew, or ought to have known that what they were doing was an offence”, where not investigating “would significantly undermine the legitimacy of the law” and “where there was little ambiguity around the absence of any reasonable defence”.

“So in those cases, where those criteria were met, the guidelines suggested that we should potentially investigate further and end up giving people tickets.”

But she added: “The fact that we are now investigating does not, of course, mean that fixed penalty notices will necessarily be issued in every instance and to every person involved.”

Asked whether any officers had expressed concern about the parties, Dame Cressida said that the police officers on site at Downing Street concentrate on “protective security”.

She said: “There are a number of officers posted in the surrounds of Downing Street and indeed what we call generally the government security zone.

“They have a very clear role and that is protective security. You’ll be aware that the ones you see are all armed, and they have a job to do.

“In relation to anything they may have seen or heard, or done or not done. Again, I’m afraid I’m not prepared to comment.”

‘Without fear or favour’

Committee member Caroline Pidgeon said: “I don’t imagine any of the parties were silent discos. We’ve seen pictures of people gathering in the garden over wine and cheese.

“As already mentioned police on site probably would have heard drinking and talking in the garden but also Downing Street and the area has so many CCTV cameras on 24 hours a day.

“Will those form part of your investigation that you’ve announced this morning?”

Dame Cressida Dick replied: “We will of course be going where the evidence takes us and we have already done our own assessment, as you know, and we’ve been in a constant dialogue with the Cabinet Office team.

“So I don’t anticipate any difficulty in obtaining the evidence that it is both necessary, proportionate and appropriate for us to obtain in order to get to the right conclusions.”

She would not specify which parties are under investigation. The Metropolitan Police Commissioner insisted her force impartial and independent.

“We police without fear or favour. We police impartially and we police in an operationally independent manner,” she said.

“And I have always done that and I will always do that impartially.”

She said she understood the “deep public concern” about the allegations in the media about the parties.