"Call me crazy, but it seems to me there are better sources for health and science guidelines than guitar players," one person said in response. 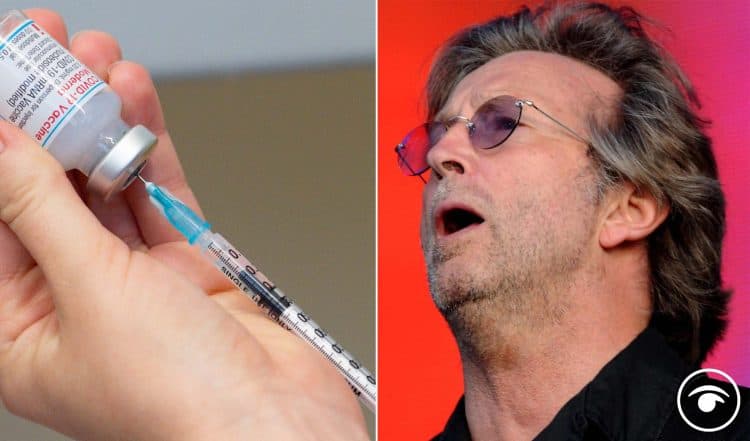 Rock star Eric Clapton has sparked further outrage online after claiming people who have had the Covid vaccine are victims of “mass formation hypnosis.”

It comes as Neil Young has told Spotify to delete his music from the streaming service over their partnership with Joe Rogan.

In a now-deleted letter posted on his website on Monday (24 January), the 76-year-old singer wrote that he does not appreciate Spotify’s affiliation with Rogan and his podcast The Joe Rogan Experience, which is spreading “false information” regarding Covid-19 vaccines.

Clapton previously claimed he suffered “disastrous” side effects allegedly due to the AstraZeneca vaccine, saying his hands and feet were “either frozen, numb or burning, and pretty much useless” and he feared he “would never play [the guitar] again.”

He also released an anti-lockdown single, “Stand and Deliver”, with Van Morrison in 2020.

Speaking to The Real Music Observer Clapton told the interviewer he didn’t get the “memo” – or information about “mass formation hypnoses” which began circulating among anti-vaxxers last year – when he received his vaccination.

“Then I started to realise there was really a memo, and a guy, Mattias Desmet [professor of clinical psychology at Ghent University in Belgium], talked about it,” Clapton continued. “And it’s great. The theory of mass formation hypnosis. And I could see it then.”

“Once I kind of started to look for it, I saw it everywhere,” he claimed, recalling “seeing little things on YouTube which were like subliminal advertising.”

Oh and there is this…