A message above the clock now reads: “Time since we should have left the EU if Labour, Lib Dems and the SNP hadn’t blocked Brexit.” 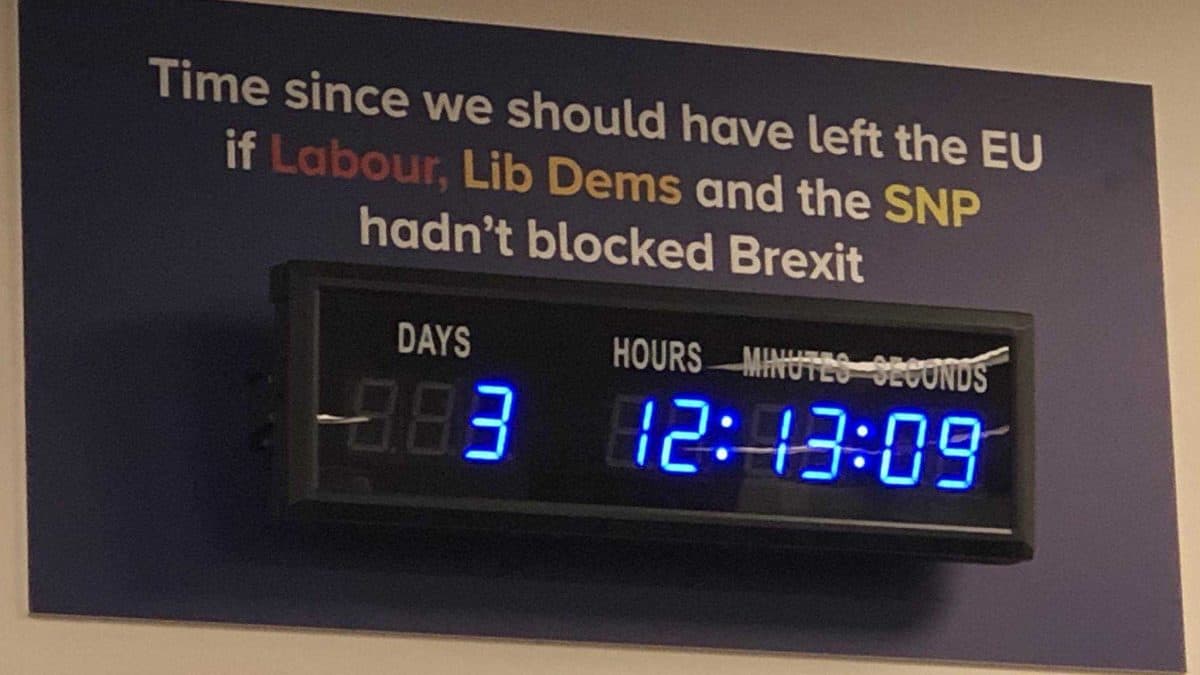 A Brexit countdown clock installed on a wall at the Conservative Party’s headquarters is now counting upwards since the UK “should have left the EU”.

Following an extension October 31’s Brexit deadline, a message above the clock now reads: “Time since we should have left the EU if Labour, Lib Dems and the SNP hadn’t blocked Brexit.”

The original timer was unveiled by Conservative Party chairman James Cleverly on July 31 and was displayed beneath a message which read: “We will have delivered Brexit and left the EU by.”

The digital timepiece was one of two, each reported to have cost at least £500, with the other delivered to Downing Street to be displayed in the Prime Minister’s office.

The re-purposed timekeeper has been met with scorn by Tory opponents accused in its message.

I seem to remember that very large numbers of Tory MPs voted against May’s deal too … including some who are now in Johnson’s cabinet. Including Johnson himself. Bit of collective amnesia going on here. https://t.co/xoH5zWthTq

Liberal Democrat MP Angela Smith tweeted: “I seem to remember that very large numbers of Tory MPs voted against May’s deal too… including some who are now in (Boris) Johnson’s cabinet. Including Johnson himself.