They haven’t been too accurate in recent times, but if the latest polls are to be believed, Jeremy Corbyn’s ratings are on the up. Growing significantly day by day. For a politician that is routinely ridiculed in the mainstream press, it seemed almost unconceivable three weeks ago that the UK would witness anything other than a […] 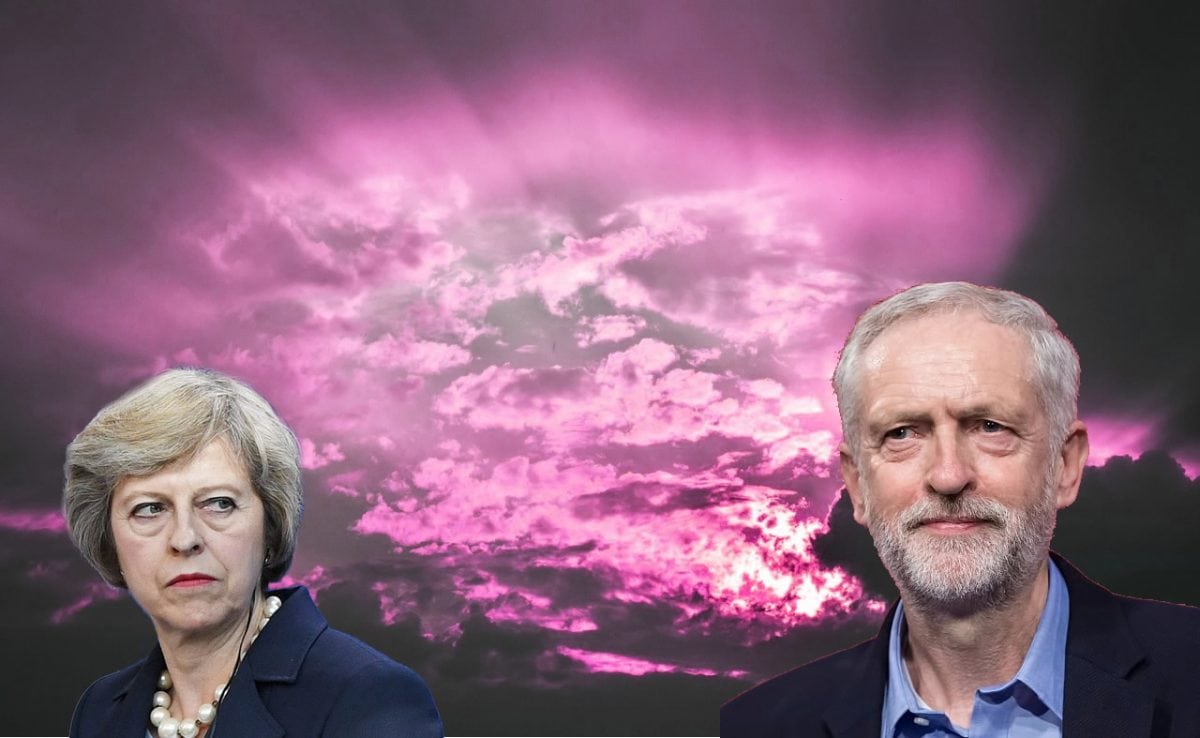 They haven’t been too accurate in recent times, but if the latest polls are to be believed, Jeremy Corbyn’s ratings are on the up. Growing significantly day by day.

For a politician that is routinely ridiculed in the mainstream press, it seemed almost unconceivable three weeks ago that the UK would witness anything other than a Conservative whitewash in the forthcoming snap general election.

That may still happen. However, there appears to be a groundswell of support building for Labour, and that support seems to be a direct result of a radical, bizarre new strategy set out by Jeremy Corbyn. The likes of this  which hasn’t been seen in British politics before.

Jeremy Corbyn has taken these unthinkable steps to try and win over the British public:

Removing Dianne Abbot from the equation for just a second, even Corbyn’s front bench sound like a leadership party in waiting, as can be witnessed in the video of Sarah Champion MP squashing the sniping questions from Fox News…  sorry, I mean Sky News.

Labour’s campaign strategy appears to be the polar opposite of Theresa May’s approach of completely keeping away from the public, not allowing questions during public appearances, not appearing in any head-to-head debates with other party leaders, and relying on The Daily Mail, The Express and all of the other other right leaning media outlets to routinely undermine Jeremy Corbyn’s reputation.

We all agree that the press plays a crucial role in British democracy, but what is troubling is that the majority of the UK press is owned by a handful of right-wing billionaires, most of whom don’t live here. Even if that’s not enough to contend with, the BBC’s sneering political editor Laura Kuenssberg may as well don a blue rosette, such is her highly bias reporting. This week she even appeared to take her headlines directly from the Tory manifesto. The increasingly biased headlines should worry everybody, on either side of the political spectrum.

How much it will affect the outcome of the election remains to be seen.

As discussed in my previous article, Think Jeremy Corbyn is a loser? You’ve been Brainwashed, The Sun, claim to have backed the winner of each general election since the notorious Sun headline, ‘It’s The Sun Wot Won It’ referring to the 1992 John Major Tory victory.

The tabloid led an increasingly personal campaign against the then Labour leader Neil Kinnock, culminating in the famous election day headline: “If Kinnock wins today will the last person to leave Britain please turn out the lights.”

The same campaign ran against Ed Milliband in the last election (bacon sandwich) and has been running against Jeremy Corbyn for two years. But, are the public beginning to see through the headlines?

Despite the lack of love from the newspapers, Jeremy Corbyn’s manifesto has been so well received that there’s going to have to be a really gory photo of him lunching on a Greg’s Chicken Slice to halt his momentum.

The big question come June 8th is, will Theresa May’s snappy PR soundbites of ‘Strong and Stable’ and ‘Stable and Strong’ together with the carefully stage managed appearances on the BBC One Show carry enough substance to fool the British public? Or will we finally vote against the will of the handful of billionaire offshore based media proprietors’?

Such is May’s power within the mainstream Conservative media machine, she can openly support another vote on fox hunting, brush away the Tories laughable economic record, and make ridiculous claims that the fall in sterling had nothing to do with Brexit. This should send a clear message of both arrogance and incompetence to the electorate.

For a believer in democracy, watching May cosy up with media moguls is difficult to watch. But, her decision to use ex-Sun PR gurus and political strategists like Sir Lynton Crosby, the man behind Ed Milliband’s character assassination in the previous election, will either pay dividends or be shown up for what it is – a horrible, negative and cynical way to grasp your way to power.

One thing we do know about the British, is that they love the underdog, and they love to stick the Vs up to the establishment. Yes, May is still leagues ahead in the polls with less than a month to go, but Corbyn’s approach is winning friends and voters.

It’s almost as though he is bringing us a ‘gentler kinder politics’… (yes, that was an aim of his that was also ridiculed in the press).  Will it be enough?