If you think Jeremy Corbyn is a clown or a total waste of skin, it could be too late for you – you’ve already been brainwashed by a handful of foreign billionaires. We all agree that newspapers play a crucial role in British democracy, but what is troubling is that the majority of the UK […] 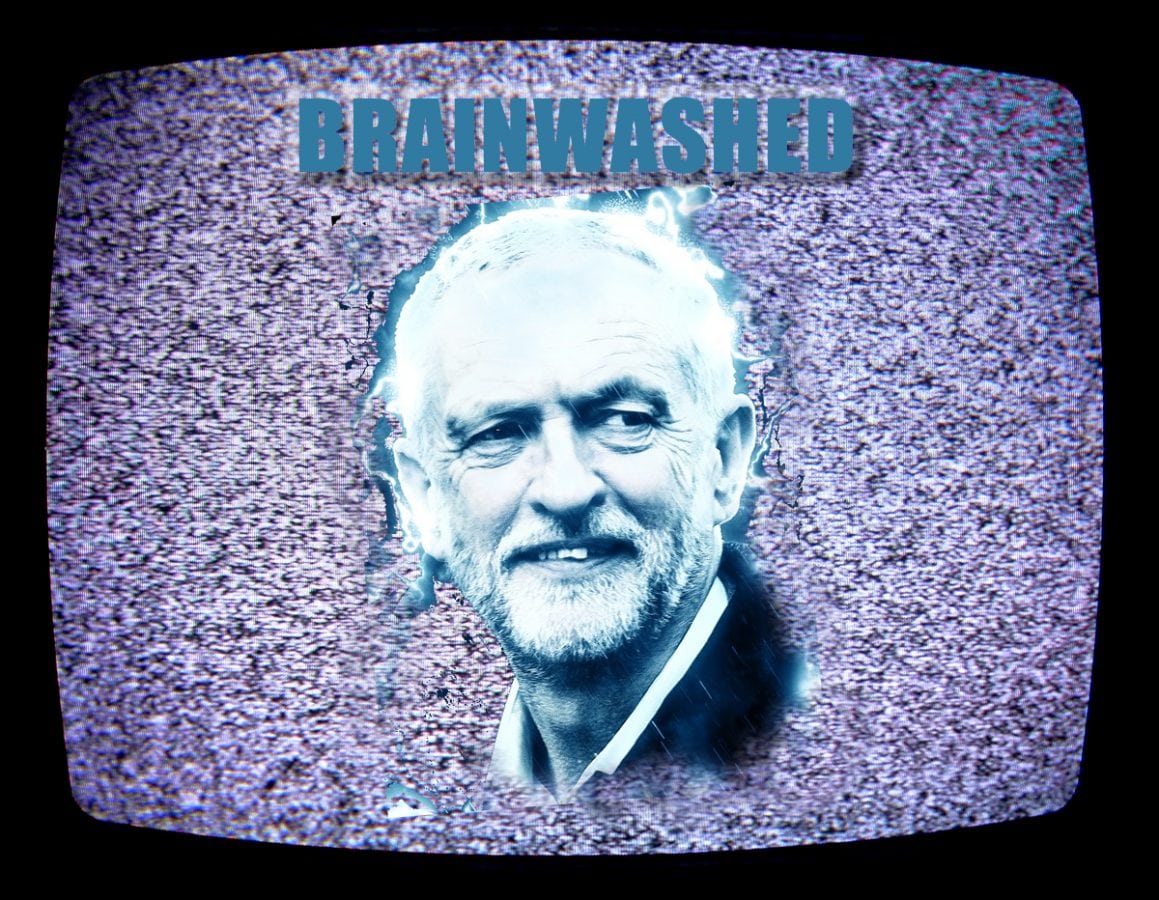 If you think Jeremy Corbyn is a clown or a total waste of skin, it could be too late for you – you’ve already been brainwashed by a handful of foreign billionaires.

They’ve already told you what to think on a multitude of issues. You think you made up your own mind, and you think you’re right. But, you didn’t, and you aren’t.

How do I know this? Because blind policy based voting results (whereby voters tick the policies they agree with, without knowing which party they were voting for overall) are always radically different to the actual vote result when it comes to general elections and other major political votes.

Had all votes been cast on policy pledges alone, studies suggest the Green Party and Liberal Democrats would have both had a turn at power by now.

What this means is that people generally have some sense when presented with policy pledges, yet vote in a completely opposite direction. Why? Because these chaps’ media outlets are bombarding your brain with high level right-wing propaganda:

The Sun, for example, claim to have backed the winner of each general election since the notorious Sun headline, ‘It’s The Sun Wot Won It’ referring to the 1992 John Major Tory victory.

The tabloid had led an increasingly personal campaign against the then Labour leader Neil Kinnock, culminating in the famous election day headline: “If Kinnock wins today will the last person to leave Britain please turn out the lights.”

Think Corbyn is an unelectable loser? Apart from what you’ve read in your daily newspaper, how much do you really know about him?

Corbyn is a phenomenally hard working MP who passionately fights to protect the poor and vulnerable, seeks to protect the NHS, wants to nationalise natural monopolies and take back publicly financed utilities that were sold off to investors at a pittance, aims to stem the flow of capital from the poor to the rich, and campaigns tirelessly to seek diplomacy over war. Perhaps most threatening of all to the overseas billionaires is that Corbyn wants to stop corporate tax breaks, close down overseas tax avoidance, and stamp out wage inequality. This makes him hugely unpopular with the wealthy elite.

OK, maybe you do know a bit about Corbyn, but still dismiss his credentials out of hand. Sadly, it may be too late for you. The handful of right-wing media moguls running the bulk of the UK press have planted a seed, the roots of which have now grown deep within your subconscious, telling you that Corbyn is ridiculous, just like Kinnock was.

Of course Corbyn isn’t perfect, he does have a controversial past relating to some issues, but our national newspapers are full of stories ridiculing Corbyn, smearing him, or even worse, not featuring him at all.

He has as much right as anybody else to put his case forward, so why does he get such bad press? Because he represents the biggest threat to the right wing ideology and stability of the super rich – the same people who own our national media.

You may not agree with all or any of Corbyn’s policies, but it should trouble you that newspapers exercise power and influence in a number of ways. It is not just that they have a giant megaphone letting them dominate the public debate/thought. They have privileged access to politicians (just check out Rupert Murdoch’s recent wedding guest list) and have the ability to effectively set the political agenda.

However, none of the newspapers have privileged access to Jeremy Corbyn. Love him or loathe him, he’s the modern equivalent to the un-bribable Chicago cops who took down Al Capone. An untouchable politician. But, what use is a left leaning politician to a right-wing media mogul billionaire if he won’t even get into bed with him?

A perfect example of how the right-wing press paints a dire picture of Corbyn was reflected when the Labour leader turned down tickets to the opening game of the Rugby World Cup in 2015. The press slaughtered him. As did a number of high profile MPs.

The press claimed he had ‘snubbed’ the invite to the opening ceremony. Boris Jonhson was quoted saying “This is turning into a national joke…Come on Jezza: Scrum down for England.”

What wasn’t widely reported was that Corbyn had prior commitments, ‘scrumming down’ to meet with his constituents, the people he was elected to represent and serve.

He sat down for a private meeting with one of his homeless constituents to listen to her issues, as well as a full to the brim waiting room of others who had turned up to his weekly constituency meeting.

Whilst other politicians were quaffing down the free hospitality in the premier VIP seats, Corbyn was doing what the public elected him, and pay him to do.

So, why do people within Corbyn’s own party deem him unelectable? Because they know he’s an untouchable and principled individual who is unwilling to cosy up to the right wing press like Major, Blair and Cameron before him.

They may be right, The Sun and the Daily Mail may well decide the next election again and they won’t be backing Corbyn. People like Owen Smith realise this and think it’s better to change the system from the inside, once elected, and many Labour supporters know this too.

Despite Corbyn currently carrying a narrow appeal, the public has been crying out for a politician who isn’t part of the Bullingdon Club or Etonian alumni elite. Someone who stands up for their principles and isn’t a media lap dog. But, those very characteristics could be Corbyn’s undoing.

Whichever way you vote, just remember to ask yourself the question; Have I really made up my own mind?