Heckles and praise demonstrated the difficulty Labour is facing. 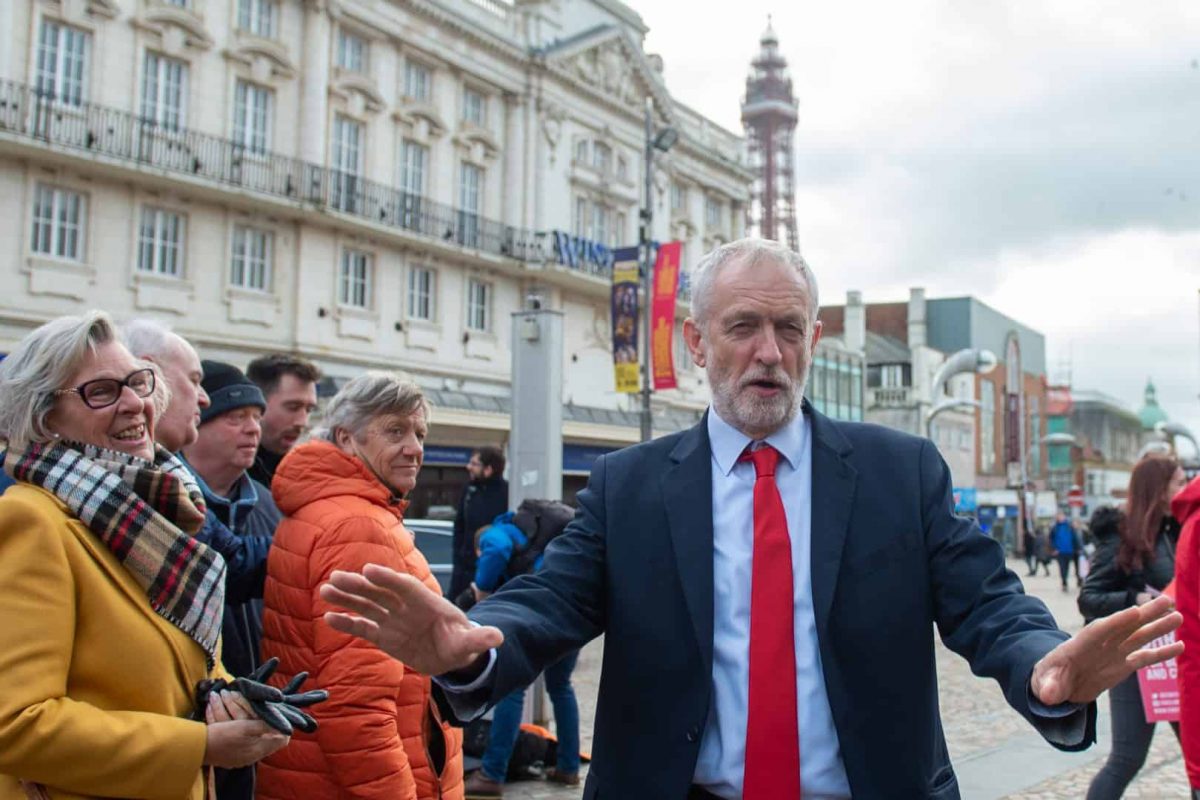 Jeremy Corbyn attempted to win over Brexit-backing Blackpool with a vision for drastic change, but the odd heckle on the streets demonstrated the difficulty he will face preventing the EU overshadowing his election campaign.

The Labour leader announced on Tuesday an “education for all” legacy with six years of free education for every adult so they can study and retrain if he wins the General Election.

He was met by cheering supporters on the streets of the seaside resort while campaigning alongside the candidates for Blackpool North and Cleveleys and Blackpool South, Chris Webb and Gordon Marsden.

But Mr Corbyn also received the occasional word of criticism, as Labour treads a fine line over Brexit while campaigning to create a “fairer, more just society” with a “green industrial revolution” to tackle the climate crisis.

He told the crowd: “I said to Chris, ‘What’s the thing you want from a Labour government that will help Blackpool?’ And do you know what he said?”

One man outside the church of Blackpool Saint John the Evangelist interrupted with: “Brexit.”

The exchange demonstrated the threat Labour faces from Tories targeting its seats in the north-west of England.

Labour is campaigning on the basis of holding a further referendum on Brexit, with both Remain and leaving under a new deal being options, while the Tories are using the snappy slogan of “get Brexit done”.

Blackpool as an area voted 67.5 per cent Leave in the 2016 EU referendum, the 27th highest Leave vote in the country.

Labour shadow education minister Mr Marsden has held his seat since 1997, but it ranks at number 28 on a list of Labour seats most vulnerable to the Tories.

This time, a swing of 3.7 per cent would be enough for Blackpool South to change hands.

Nonetheless, Labour won a majority of votes cast in 2017 (just over 50 per cent), with the Conservatives second (43 per cent) and Ukip a distant third (4 per cent).

Mr Webb is seeking to overhaul Blackpool North and Cleveleys from the Tories since its creation in 2010.

Also posing a threat is the Brexit Party, which is planning to stand in Blackpool South.

But Nigel Farage’s insurgent band may have only a minor impact on what has long been an exclusively Labour-Conservative battleground.

Mr Corbyn ended the enthusiastic speech with: “Our party goes into this election with absolute confidence we will get our message across and we will get that Labour government that will deliver for all in this country.”

“We love you Jeremy. JC for PM,” one woman shouted to applause.

But one man yelled: “What a load of bollocks.”

“Yeah, dead right,” another chimed in.

Related: Conservative lead cut to 6 points with a month to go