The polling has been released ahead of the 2022 local elections, with successive scandals rocking the Conservative Party. 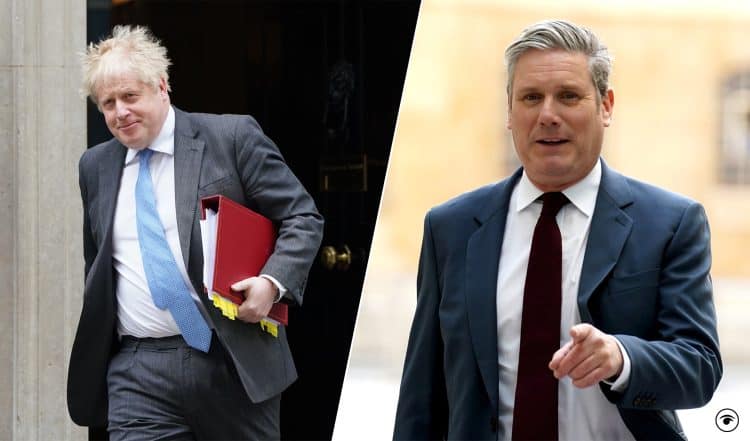 Labour has reversed a 21 point deficit into a six-point lead in just two years, the latest polling shows.

It shows Sir Keir Starmer took just six months to narrow the gaping gap between the two parties, overturning it entirely at the start of this year as the Conservatives were hit with a number of scandals.

Johnson will look to focus minds on bins, potholes and council tax as the Tories enter the final days before the local elections with a new scandal adding to partygate.

Conservative MP Neil Parish announced his resignation on Saturday as he admitted twice watching pornography in the House of Commons.

The fresh embarrassment came as activists canvas for votes for a Tory party led by a Prime Minister fined by police for breaching his own coronavirus laws.

Polls in 200 local authorities across Britain open on Thursday, in a chance for voters to register their disapproval, or their support.

In a statement released ahead of the polls, the prime minister said: “The elections next Thursday matter. People are voting for councillors and councils who decide how often bins are collected, how many potholes are repaired and how much council tax is paid.

“And I have to tell you that its hardworking Conservative councillors and councils across the country who deliver better local services while managing taxpayers’ money wisely.

“The choice on May 5 is clear. Labour and Lib Dems who fritter away your council tax on deciding which statues to tear down, or Conservatives, delivering value for money and delivering on your local priorities.”