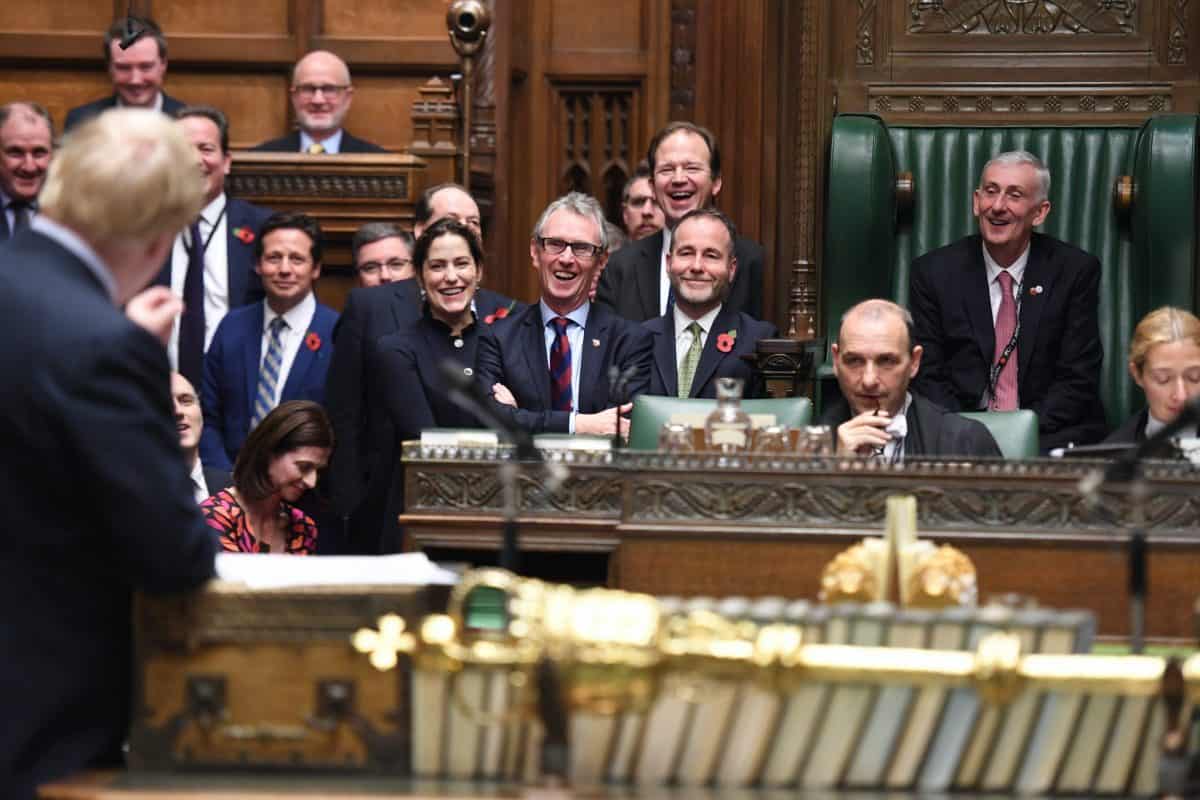 Boris Johnson must not “shy away” from parliamentary scrutiny, the Commons Speaker has said, as he criticised the Government for making major announcements to the media rather than MPs.

Sir Lindsay Hoyle said he is “perplexed” when ministers make statements in Downing Street that could have been delivered in the chamber, as he urged the Government to “put the House first”.

In an exclusive interview with the PA news agency, the Speaker said MPs were the “right people” to scrutinise ministers, and took aim at announcements made at the daily coronavirus press conferences.

Sir Lindsay has reprimanded ministers in recent months for briefing the press before MPs.

The Ministerial Code states that “the most important announcements of Government policy should be made in the first instance, in Parliament” when it is sitting.

Asked if he believes Mr Johnson and his Government respect Parliament, the Speaker said: “They’re elected to Parliament.

“I think we’ve always got to remind people: you may be the Prime Minister but you have a constituency that elects the MP to this House, and he is no different.

“He may be the Prime Minister but he is still a Member of Parliament.

“What I would say is the House should know first, I’m very clear on that, and I do get perplexed when we see a statement being made in Downing Street that could have been made in the House.

“The House should hear it first.

“I’m very clear on that, I’m very strong on that message.

“And I will continue to ensure that that message is being driven into Downing Street if they don’t play and do the right thing by the House.

“Because in the end it’s not about what I think, it’s also about the MPs that have got to hold that Government to account.

“Because in the end Sky News and the BBC can pick it up from the chamber.

“So what I always say to the Prime Minister is ‘please, I know we’re in recess so now I will accept statements to be made and that’s fine’, but when the House comes back, the House shall hear it first.

“It’s a very clear message to the Prime Minister and the Government: put the House first.”

Asked why he thought ministers were making announcements to the press, he said: “I think it’s about trying to get the right time for the news… there are these key slot times that they try to work to.

He joked that “maybe we ought to get the House to start sitting (in time for the news)”, but said: “The key time is the House… you’re elected to the House, and the House shall hear it first.”

It is your circus

Sir Lindsay added: “Boris Johnson shouldn’t shy away from the House, far from it, he is a showman, enjoy your ring, it is your circus.”

– Asking MPs to wear face masks while debating in the Commons would be a “step too far”, and that he intends to follow Public Health England advice to keep people two metres apart.

– Moving MPs to York while the Palace of Westminster is refurbished is “great PR” but unlikely to work, and he has concerns about the security implications of a decant elsewhere.

– Former Commons Speaker Baroness Betty Boothroyd “gets me put in my place” with regular phone calls telling him whether he is getting things right or wrong, and encouraging him to “tell him (the Prime Minister) straight”.

The Speaker said that there seems to be a “pecking order” deciding which journalists get questions at the Downing Street briefings, but that “you can’t do that in Parliament because I’m deciding who is going to ask the question”.

“So I put more scrutiny into it and that’s what it’s about.

“But in fairness the journalists can watch the right people scrutinising the statements and then you can get your news stories from that.”