We put it out instantaneously, we feel great, and then you start getting phone calls: ‘Did you really say this?’ 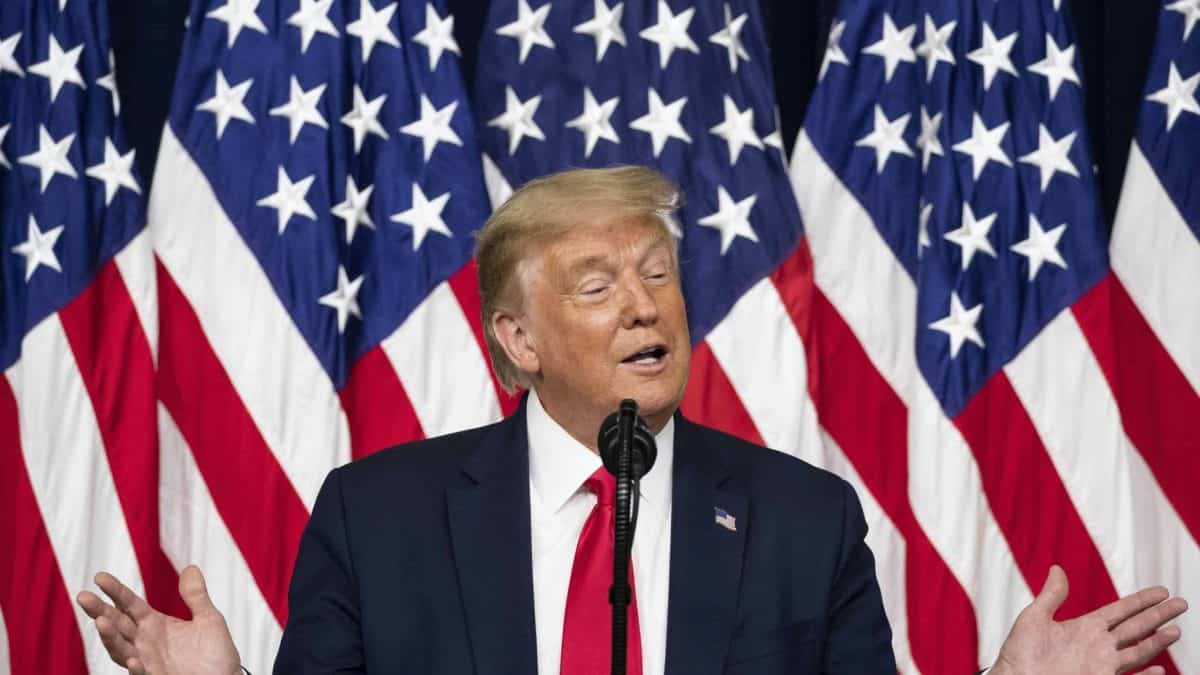 Donald Trump has acknowledged he “often” has regrets about his tweets.

“Too often,” the president said, in an interview with Barstool Sports published on Friday.

The US president said modern times are not like the old days when people wrote a letter and let it sit for a day before sending it, giving them time to reconsider.

“But we don’t do that with Twitter, right?” Mr Trump said.

“We put it out instantaneously, we feel great, and then you start getting phone calls: ‘Did you really say this?’”

Mr Trump said more often than not, “it’s the retweets that get you in trouble”.

Sorry Fake News, it’s all on tape. I banned China long before people spoke up. Thank you @OANN https://t.co/d40JQkUZg5

He added: “You see something that looks good and you don’t investigate.”

Among other things, Mr Trump has been criticised in recent months for retweeting posts with “white power” and anti-Semitic messages as well one that included a “FireFauci” hashtag, referring to Dr Anthony Fauci, the nation’s top infectious disease expert.

The concept of global warming was created by and for the Chinese in order to make U.S. manufacturing non-competitive.

26,000 unreported sexual assults in the military-only 238 convictions. What did these geniuses expect when they put men & women together?

In the East, it could be the COLDEST New Year’s Eve on record. Perhaps we could use a little bit of that good old Global Warming that our Country, but not other countries, was going to pay TRILLIONS OF DOLLARS to protect against. Bundle up!

I have never seen a thin person drinking Diet Coke.

An 'extremely credible source' has called my office and told me that @BarackObama's birth certificate is a fraud.