The shadow Treasury minister said it was the party’s job to explain to voters its quest for better conditions was not a ‘mad socialist perspective’. 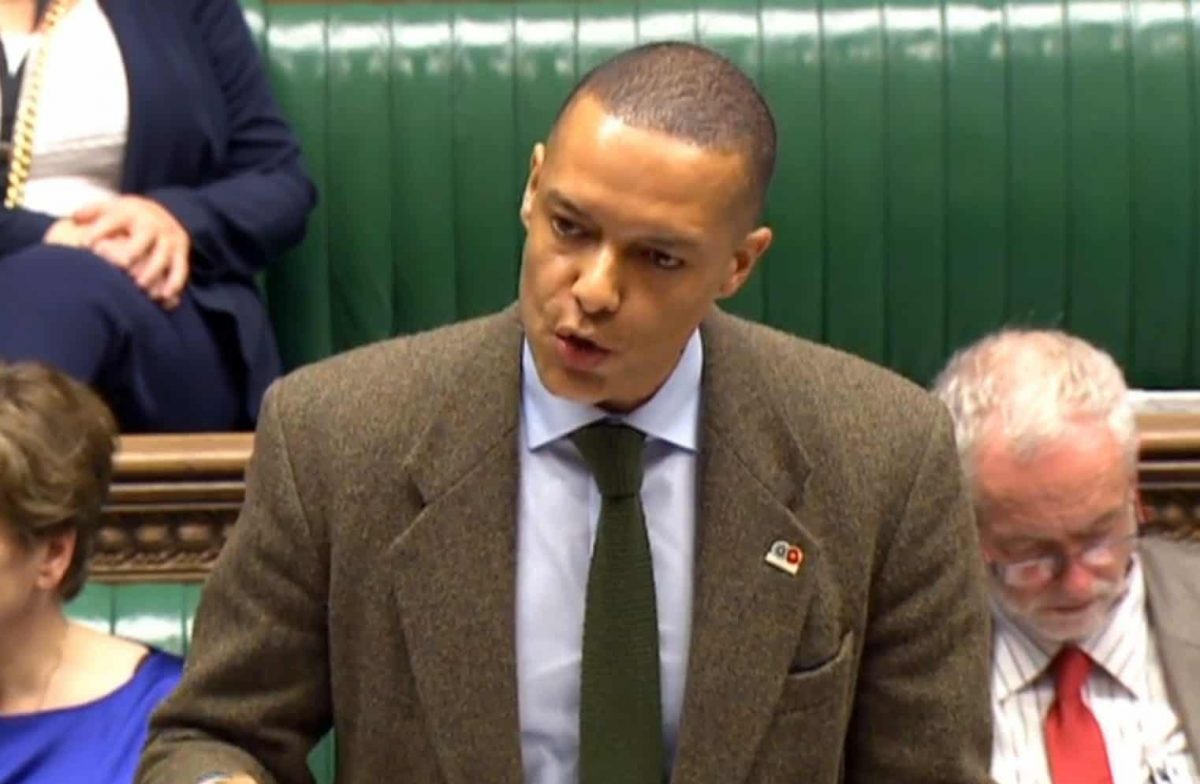 Clive Lewis will use a speech to set out his vision for the Labour leadership on Friday as he looks to claw on and stay in the contest.

Both the shadow Treasury spokesman and shadow foreign secretary Emily Thornberry face a race against time to remain in the battle for the top job, with the deadline for nominations from MPs and MEPs looming on Monday.

The latest figures from the Labour Party showed that Mr Lewis and Ms Thornberry are the only two in the six-candidate field who have failed to reach the threshold of 22 nominations.

Shadow business secretary Rebecca Long-Bailey, Lisa Nandy and Jess Phillips all secured the 22 backers required to continue in the competition on Thursday.

Ms Long-Bailey currently has 26 supporters and Ms Nandy and Ms Phillips are all square on 22.

Early front-runner Sir Keir Starmer, the shadow Brexit secretary, was the first to cross the line earlier this week.

He stretched his lead over the course of 24 hours by securing 59 signatories – up from 41 on Wednesday.

Barry Gardiner, the shadow international trade secretary, ruled himself out of the running, having previously indicated he was considering a late bid.

Collaborate with “other parties and movements”

Struggling Mr Lewis, who is on the left of the party, will use a speech in London to lay out his plans for the party if he does win the contest to replace Jeremy Corbyn as leader.

Speaking on BBC’s Question Time, he said Labour needed to collaborate with “other parties and movements” in order to mount a challenge to the Conservatives in five years’ time.

He said the party had “paid a price” for failing to strike a deal with other Remain-supporting parties at the election.

Addressing Labour’s future, the Norwich South MP told the panel-show audience: “Ultimately, unless the Labour Party can appeal to the centre ground of British politics then you know, you’re right, it can’t win.

“But the centre ground of British politics changes and shifts

“If we want to have a world our children can inherit where they can breathe clean air, where we have a national healthcare system where you don’t have 4.4 million people on the waiting list.

“These are things where the centre ground of British politics is there – that isn’t a mad socialist perspective.

“It’s the job of the Labour Party to be able to represent that in a way which is co-operative and in a way in which people can buy into.”

For the four candidates who are through to the next round, attention has already turned to the second stage of the competition.

Candidates who reach the magic number of 22 – 10 per cent of Labour MPs and MEPs in the Parliamentary Labour Party, who total 212 – will then need to secure the backing of 5% of constituency Labour branches or at least three affiliate groups, two of which must be made up of trade unions.

Sir Keir has already been backed for leader by Unison, one of the country’s largest trade unions.

Unite is expected to back Ms Long-Bailey – labelled the “continuity candidate” by her critics – with the trade union’s general secretary Len McCluskey closely aligned with Mr Corbyn.

The others in the so-called “big four” of trade unions – GMB and Usdaw – will be sought after by the remaining candidates, along with other smaller worker representative organisations.

Those who fail to secure enough union backing face a trek across the country in the coming weeks to convince constituency Labour Party (CLP) branches to nominate them.

A total of 33 CLPs would be needed to make it onto the ballot paper, which will be finalised on February 14.

Members will vote on the final list of names and elect a new leader on April 4.

In the deputy leader contest, shadow education secretary Angela Rayner continues to be out in front with 71 nominations – an increase on 45.

Ian Murray, Labour’s only Scottish MP, has passed the second round with 29 backers.

Shadow justice secretary Richard Burgon has 18 supporters, shadow sports minister Rosena Allin-Khan is on 16, shadow equalities secretary Dawn Butler has 14 and Khalid Mahmood confirmed he has pulled out of the race, having previously had two nominations.