The former Labour leader says the climate crisis and inequality crisis should not be seen “as separate issues”. 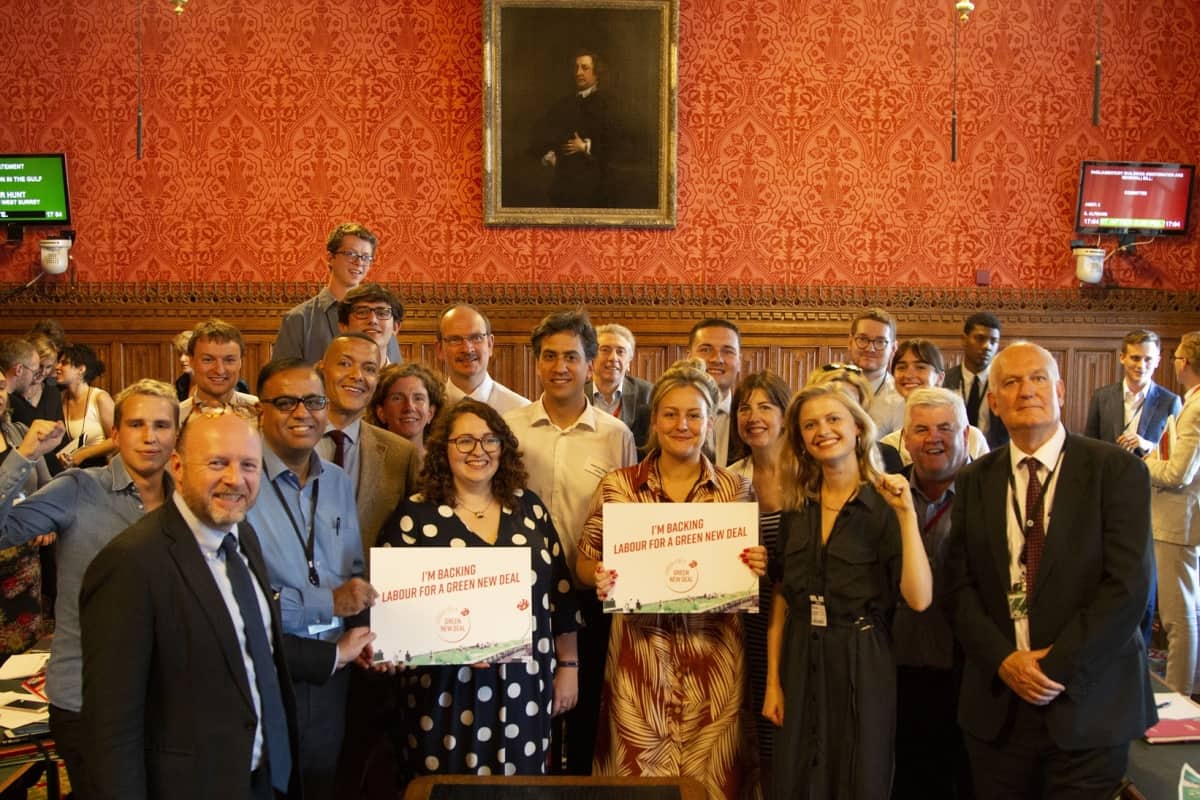 Ed Miliband said the climate crisis and inequality crisis should not be seen “as separate issues” as he launched the grassroots campaign Labour for a Green New Deal in Parliament this week.

It advocates creating green jobs in Britain’s former industrial heartlands as a means of delivering inclusive climate change action that puts workers in the driving seat, showing how “green and red” can work together to unite the country after Brexit.

Dozens of Labour MPS, activists and shadow ministers packed a committee room in the House of Commons to launch the initiative.

Lauren Townsend, a trade unionist, councillor and Labour for a Green New Deal spokesperson, also featured on the panel, and urged the party to listen to the values of the young people driving the campaign.

She said: “As has been evidenced from the climate justice school strikes we’ve seen up and down the country, there is an entire generation of young people growing up now who are already politically engaged, who know what they want their futures to look like and who aren’t afraid to stand up and speak out.

“These young people need to know that the Labour Party has their backs and their best interests at heart.”

Meeting the challenges of climate change and inequality

The Labour for a Green New Deal will now push to get party-wide approval of their transformative initiative to meet the challenges of climate change and inequality.

So far 75 Constituency Labour Parties (CLPs) have passed motions in support of Labour for a Green New Deal, including 41 CLPs which have submitted a motion to Labour Party conference in September which, if passed, would commit the Party to adopting a transformative Green New Deal.