Olivia Colman and Stephen Fry are among those urging the prime minister to "think again". 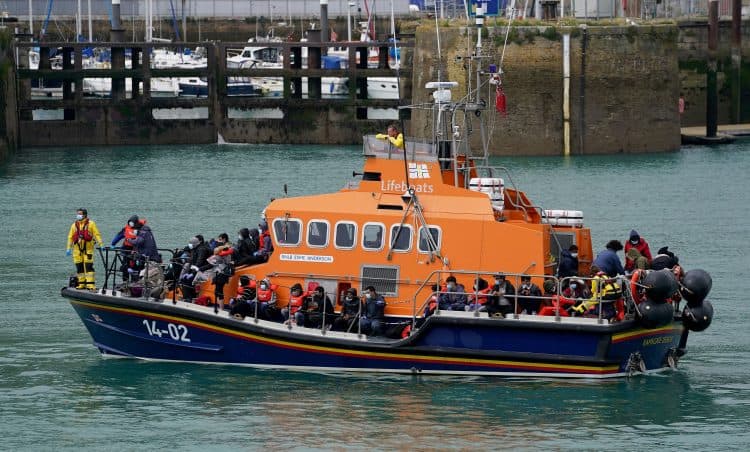 Celebrities have written to Boris Johnson calling for a kinder, fairer and more effective asylum system.

Actors Olivia Colman, Joanna Lumley and Stephen Fry are among 40 figures from stage, screen, comedy, music and journalism to have signed an open letter to Boris Johnson, urging him to “think again” on the UK’s planned asylum reforms and to do more to help refugees.

The letter, organised by the coalition of campaign groups Together With Refugees and sent while the government’s Nationality and Borders Bill is making its way through Parliament, said: “We are refugees, descendants of refugees and supporters of refugees.

“For some of us, if we were living in Afghanistan right now, our lives could be in danger, and we would have to become refugees.

“We are proud the UK is offering protection to those Afghan refugees able to get onto an official scheme. People up and down the country are doing incredible things to make them welcome as they start their new lives.

“But many others have been left behind in grave danger. They will have to escape any way they can – by foot, boat or hiding in the back of a lorry. But proposed new laws would mean our country turning away people like them who are in desperate need of safety.”

The letter continues: “As a nation we must – and can – do more. That’s why we are backing Together With Refugees’ call for a kinder, fairer and more effective system for refugees in the UK.

“Now is not the time to turn them away. Now is the time to offer our hand in kindness and protection. We urge you to think again.”

Khorsandi said: “I had to flee from Iran with my family when I was a child when my father’s life was in danger, just because he is a popular humorist who opposed those in power.

“It’s horrendous to think of the many more people all over the world, including Afghanistan, living in fear for their lives just because of who they are or what they say.

“I can’t imagine what would have happened if my family hadn’t been welcomed here in the UK.

“We must not turn our back on those who have struggled to reach our shores in need of safety. The prime minister must oppose this anti-refugee Bill.”

‘We must not turn our backs’

Rinder said “we must oppose this Bill currently going through Parliament”, adding: “In 1945 my grandfather arrived in the UK as a child refugee from the hell of the Holocaust.

“We can help provide sanctuary to those in danger now who have overcome terrible struggles to find their way to safety and freedom.

“This is what our country is at its very best. We must not turn our backs.”

Protests, demonstrations and other events are taking place this week in several areas of the country against the proposed laws, which have been dubbed the anti-refugee Bill by campaigners critical of the plans.

The Bill intends to make it a criminal offence to knowingly arrive in the UK without permission, meaning that, for the first time, how someone enters the UK – legally or “illegally” – will have an impact on how their asylum claim progresses and on their status in the UK if that claim is successful.