Tim Stanley claimed MPs gain "experience" by having multiple jobs - but Lucas was having none of it. 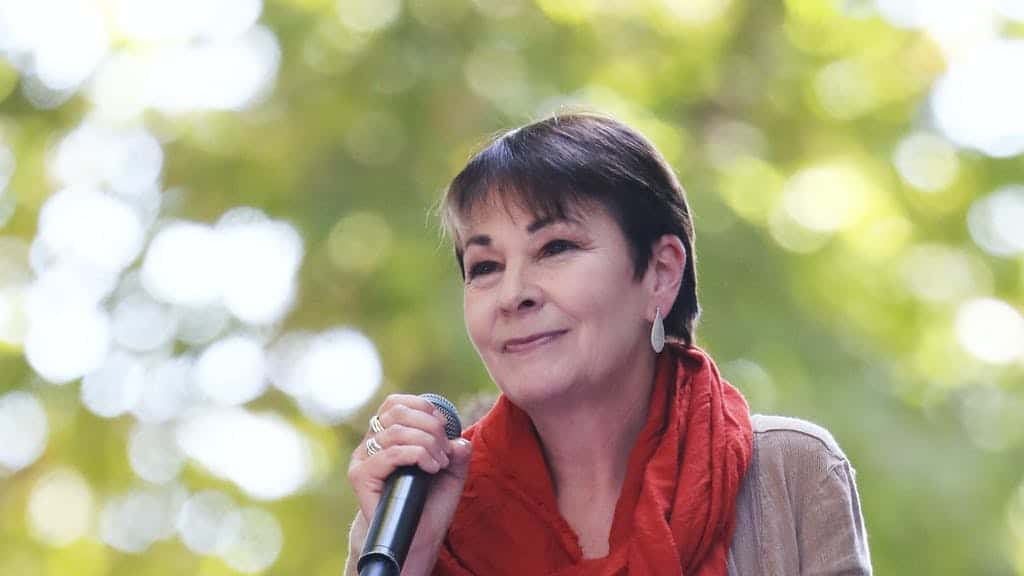 Caroline Lucas has rubbished claims that MPs can and should do multiple jobs alongside their constituency responsibilities.

Appearing on BBC Question Time, the Green Party MP burned Telegraph columnist Tim Stanley, who claimed it is a “good thing” that MPs do other things as well, which “gives them experience”.

But Lucas quickly slammed the claim by saying she works between 70 and 80 hours a week as an MP.

“The idea that you are going to have time to be putting into doing another job on top of your work as an MP I think is for the birds,” she said. “The idea that you can find time for a part-time job that is going to pay £100,000 on top of being an MP, I just find quite preposterous.”

Elsewhere on the programme, Stanley claimed that Boris Johnson had become embroiled in the Owen Paterson row because he was “motivated by a sense of decency”.

Paterson quit as an MP rather than face a 30 day suspension from the House of Commons for an “egregious breach” of lobbying rules.

But Stanley suggested Conservative MPs had followed orders to vote in favour of a review of the entire parliamentary discipline system because Paterson was being “unfairly hounded”.

Stanley said: “I think the prime minister was motivated by a sense of decency, which is that he thought that, in this instance, a man was being unfairly hounded.”

He added that the reason for this was not just “because the process was so long and opaque and somewhat contradictory, not just because the lobbying he is supposed to have done was raising genuine public health issues with ministers”, but because of the suicide of Paterson’s wife, Rose, which meant “many Tory MPs privately felt morally obliged and sympathetic to support this man in this particular instance”.

However Stanley did admit that by “screwing around in the last 48 hours” it “undermined any case for reform” and was a “PR disaster”.

A new poll carried out by YouGov in the wake of the dramatic Commons vote on Wednesday to suspend the standards system showed the Tory poll lead plummeting by five points.

The party is now just one point ahead of Labour, with 36 per cent for the Tories and 35 per cent for Labour, according to the poll in The Times.

As Paterson resigned from his North Shropshire seat, Boris Johnson now faces the prospect of a by-election in the constituency.

Paterson had a comfortable majority of almost 23,000 in North Shropshire and the circumstances of the by-election have led to claims the opposition parties could unite behind a single anti-sleaze candidate, although Labour sources insisted no “official” talks had taken place.