The property - which rents for up to £25,000 - was paid for by the Goldsmith family, Downing Street admitted. 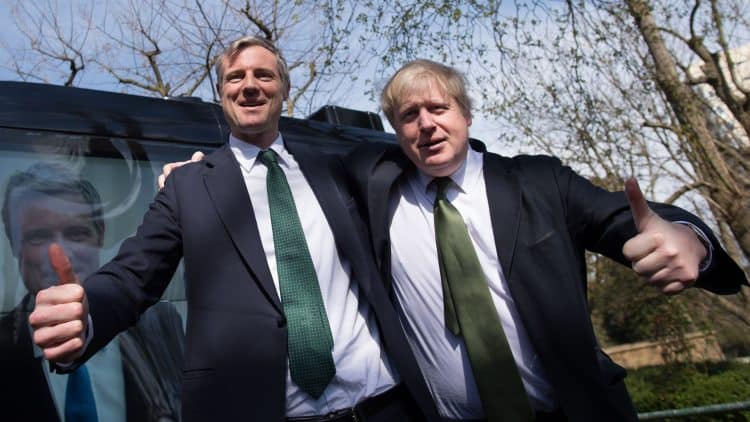 Boris Johnson has admitted his getaway at a luxurious Spanish villa was funded by Zac Goldsmith, the former MP handed a peerage and job by the prime minister.

The latest update to the register of ministerial interests revealed that Johnson’s holiday in the Marbella property was paid for by the Goldsmith family.

While it did not specify how much the holiday was worth, the property is marketed for rentals online – and reportedly fetches as much as £25,000.

The register said: “The prime minister has a longstanding personal friendship with the Goldsmith family and, in that capacity, in October 2021 stayed in a holiday home in southern Spain, which was provided free of charge by the Goldsmiths.

“Given Lord Goldsmith is a minister of the crown, the arrangement has accordingly been declared.”

Downing Street had previously declined to comment on whether Johnson’s holiday could be a conflict of interest, given that Johnson handed Goldsmith a peerage after he lost his Richmond seat in 2019, allowing him to keep his job as an environment minister.

Documents uncovered by The Guardian after the holiday indicated that the Goldsmith family village had been held by an opaque offshore structure based in a number of tax havens.

Papers uncovered by the publication suggested the minister and his family owned the property through a Maltese company held by firms in the Turks and Caicos Islands – and administered by a wealth-planning company in Switzerland.

“Other relevant interests have correctly been reported in line with the House of Lords’ code of conduct.”

Meanwhile Education Secretary Nadhim Zahawi has admitted he had not read the detail of a standards report into Tory MP Owen Paterson but said he takes “collective responsibility” for the government having “conflated” his case with the desire for wider reforms.

Paterson, who had represented North Shropshire since 1997, resigned on Thursday after a 24-hour debacle where he was saved from potential suspension by Tory colleagues after being found to have breached lobbying rules, only to face a fresh vote when the government made a U-turn following allegations of sleaze.

The government had backed an amendment put down by the former Leader of the Commons, Dame Andrea Leadsom, which would have prevented Mr Paterson’s immediate suspension by launching a review of the entire disciplinary system.

The controversial plan was backed by almost 250 Tory MPs on Wednesday, although there was a sizable rebellion and by Thursday morning the government was forced into an embarrassing U-turn, blaming a lack of cross-party support.

But Zahawi admitted on Friday that he had not read the detail of the  report into Paterson’s conduct, despite voting for the amendment which saved him from suspension on Wednesday.

Asked on BBC Breakfast who was right in the row, after Paterson reasserted that he was innocent, Zahawi said: “I actually haven’t read the report.”