“The tense situation requires steady leadership from people who want to bring communities together, not hateful racism that stirs up division." 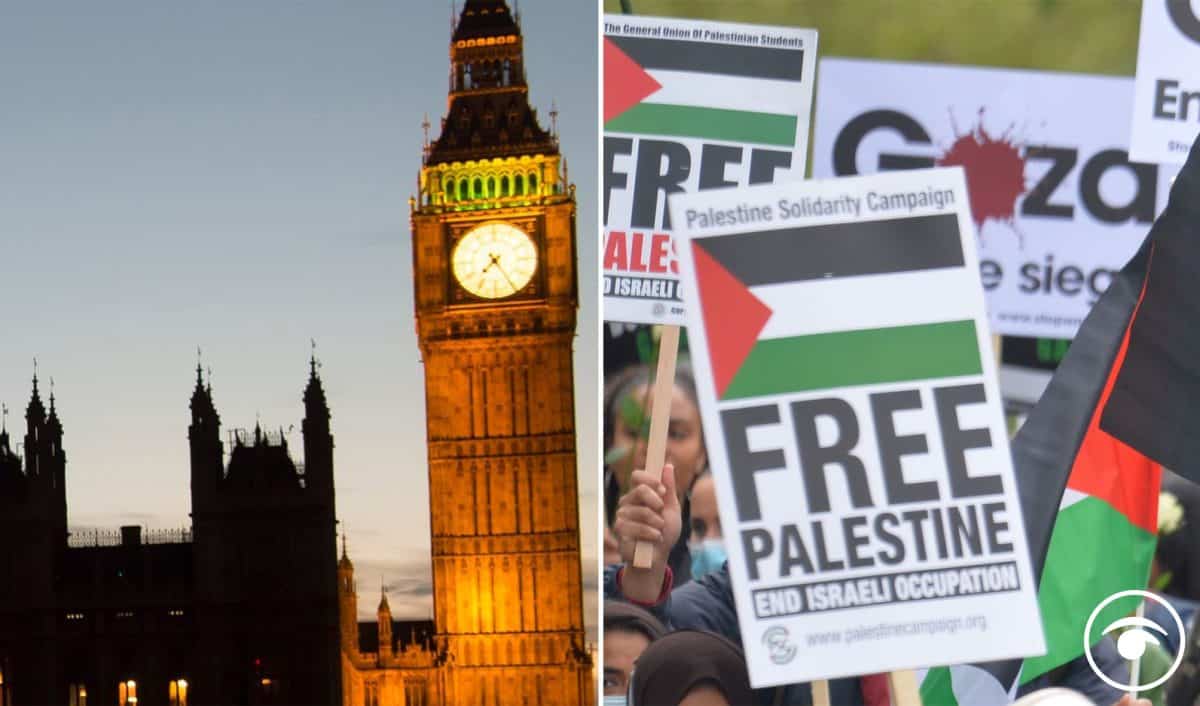 Tory MP Michael Fabricant has been criticised for describing pro-Palestine demonstrators clashing with police as “primitives”.

Anti-racism campaign Hope Not Hate called for the Conservative Party to suspend the backbencher on Sunday, accusing him of “hateful racism that stirs up division”.

It comes as the eruption of the Israeli-Palestinian conflict is heading for an “uncontainable security and humanitarian crisis”, the UN secretary general has warned.

Largely peaceful demonstrations took place across the UK over the weekend in solidarity with the people of Palestine, as Israel and Hamas exchange rocket fire in a deadly conflict.

The MP for Lichfield shared a video of clashes with police outside the Israeli Embassy in London on Saturday.

He tweeted: “These primitives are trying to bring to London what they do in the Middle East.”

Mr Fabricant deleted the message after it drew criticism on social media.

He has not apologised.

Unsurprisingly, the Conservative Party declined to comment despite his history.

The tense situation requires steady leadership from people who want to bring communities together, not hateful racism that stirs up division. The @Conservatives must suspend Michael Fabricant for this disgraceful comment. https://t.co/tcefApWiCz

The tweet has been deleted now, without explanation or apology. It’s on the Conservative Party to act. https://t.co/PzlJ3cptVL

Hope Not Hate said: “The tense situation requires steady leadership from people who want to bring communities together, not hateful racism that stirs up division. The Conservatives must suspend Michael Fabricant for this disgraceful comment.”

Director of the British Future think-tank Sunder Katwala tweeted: “Anybody who realises that it is racist to hold British Jews responsible for Israeli policy should also be able recognise the racism here in Michael Fabricant’s tweet.”

Mr Fabricant sought to justify the comments, saying that “attacks on the British police as shown in the video are disgraceful”.

He told the PA news agency: “It is primitive behaviour by people who preach anti-Semitism or racism of any kind, whether they be Jewish, Christian or Muslim.

“And the sort of anti-Semitism displayed by Hamas in the Middle East must not be repeated here in the UK.”

Mr Fabricant’s remarks came as video from a separate demonstration in the capital appeared to show anti-Semitic abuse being shouted from a car on Sunday in footage that drew criticism from across the political spectrum, including from Boris Johnson.

“There is no place for antisemitism in our society,” the Prime Minister tweeted.

The Metropolitan Police said nine officers were injured as they attempted to disperse crowds outside the embassy on Saturday and 13 arrests were made.

⁦@Conservatives⁩ declining to comment after Tory MP Michael Fabricant MP calls pro-Palestinian protestors “primitives” is simply not acceptable. There can be no place for racism within mainstream politics. ⁦Silence allows racism to thrive https://t.co/6GEwG99BAg