“I have not seen this level of destruction through my 14 years of work,” an emergency rescue official said. 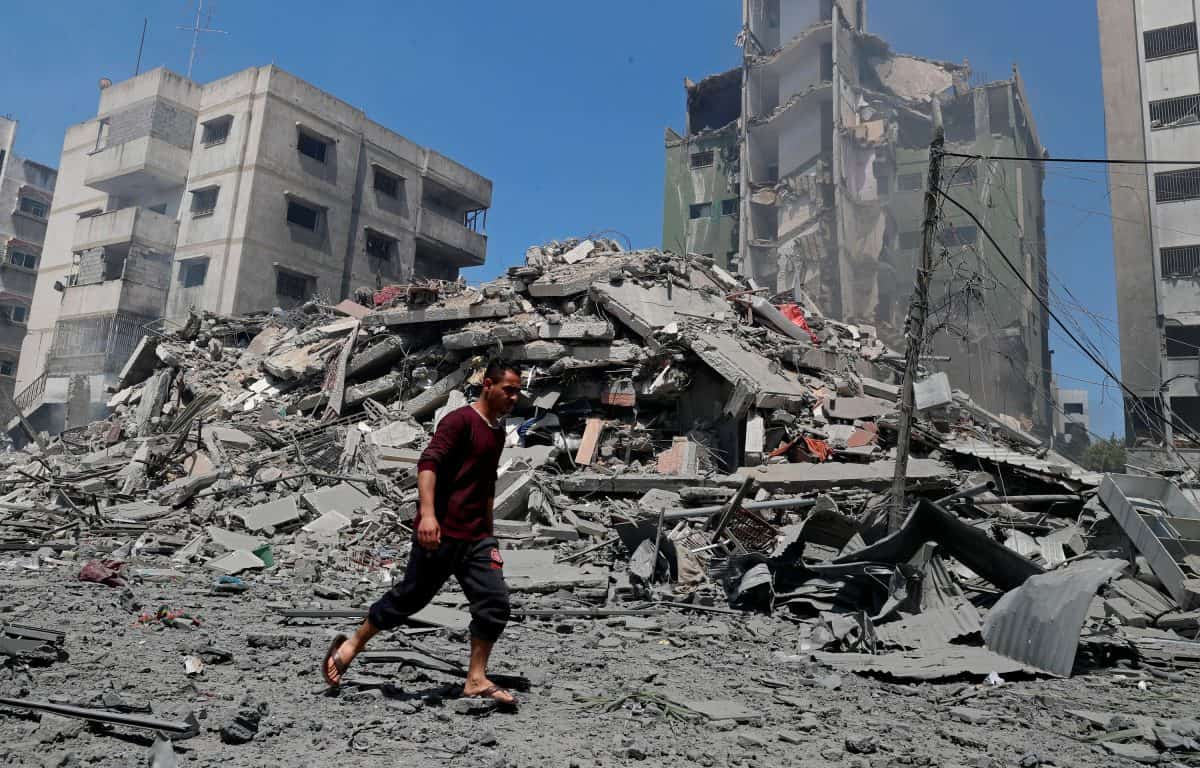 Israeli warplanes have unleashed a series of heavy airstrikes at several locations of Gaza City as the country’s prime minister suggested the war against Hamas would continue.

“I have not seen this level of destruction through my 14 years of work,” said Samir al-Khatib, an emergency rescue official in Gaza.

Among them was the building housing The Associated Press Gaza office and those of other media outlets.

Sally Buzbee, the AP’s executive editor, called for an independent investigation into the airstrike that destroyed the AP office on Saturday.

Mr Netanyahu alleged that Hamas military intelligence was operating inside the building and said on Sunday any evidence would be shared through intelligence channels.

Neither the White House nor the State Department would say if any had been seen.

Asked if he had provided any evidence of Hamas’s presence in the building in a call on Saturday with US President Joe Biden, Mr Netanyahu said: “We pass it through our intelligence people.”

Mrs Buzbee called for any such evidence to be laid out.

“We are in a conflict situation,” she said. “We do not take sides in that conflict. We heard Israelis say they have evidence; we don’t know what that evidence is.”

The latest outbreak of violence began in east Jerusalem last month, when Palestinians clashed with police in response to Israeli police tactics during Ramadan and the threatened eviction of dozens of Palestinian families by Jewish settlers.

A focus of the clashes was the Al-Aqsa Mosque, a frequent flashpoint located on a hilltop compound revered by both Muslims and Jews.

At least 188 Palestinians have been killed in hundreds of airstrikes in Gaza, including 55 children and 33 women, with 1,230 people wounded.

Eight people in Israel have been killed in some of the 3,100 rocket attacks launched from Gaza, including a five-year-old boy and a soldier.

Hamas and the Islamic Jihad militant group have acknowledged 20 fighters killed in the fighting.

Israel says the real number is far higher and has released the names and photos of two dozen alleged operatives it says were “eliminated”.

The assault has displaced some 34,000 Palestinians from their homes, UN Mideast envoy Tor Wennesland told an emergency meeting of the UN Security Council, where eight foreign ministers spoke about the conflict.