The Gaza health ministry said rescuers are racing to pull survivors and bodies from the rubble following the assault on Sunday. 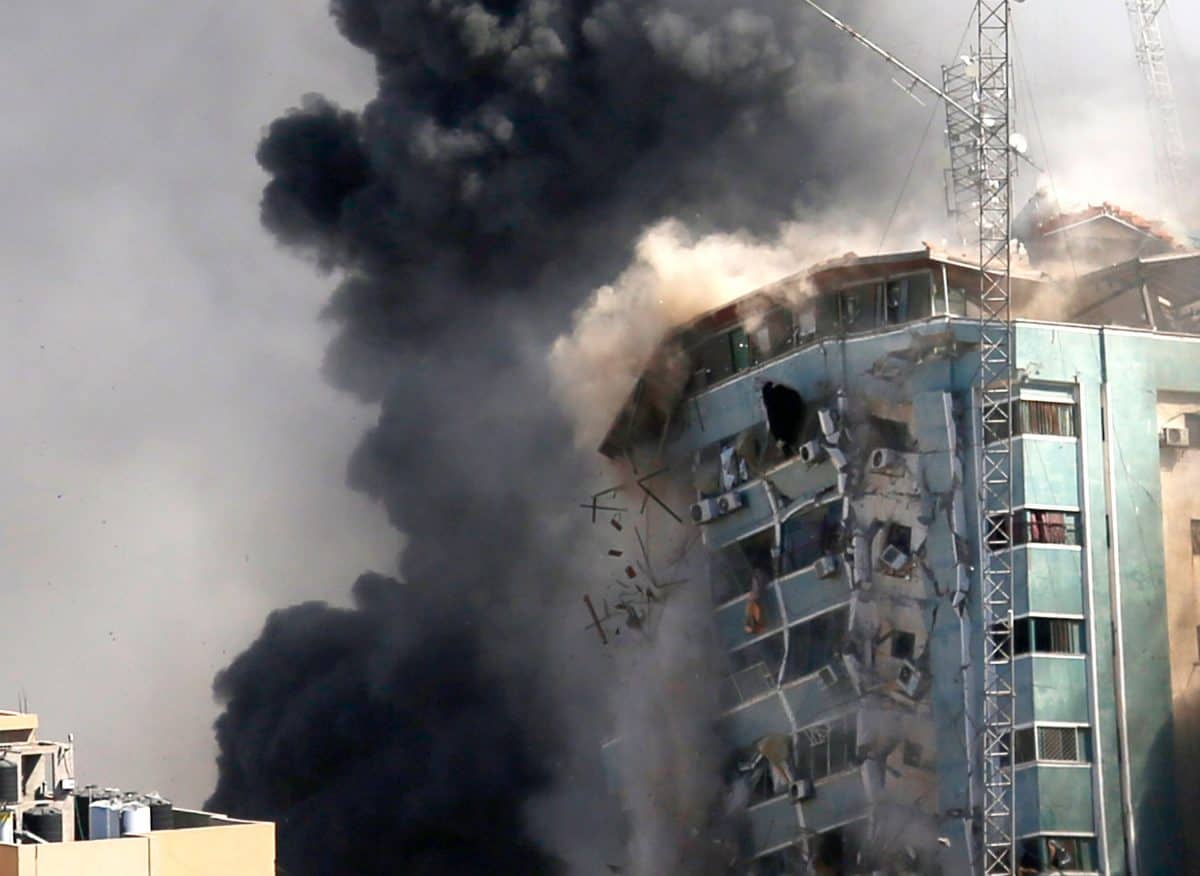 Israeli air strikes in the heart of Gaza City have killed at least 23 people and injured 50 in the deadliest single attack since the start of heavy fighting in the region last week.

The Gaza health ministry said rescuers are racing to pull survivors and bodies from the rubble following the assault on Sunday.

Earlier, Israel said it had bombed the home of Gaza’s top Hamas leader in a separate strike. It was the third such air attack targeting the homes of Hamas leaders in the last two days.

Israel appears to have stepped up its air strikes in recent days to inflict as much damage as possible on Hamas, as efforts to broker a ceasefire accelerate with the arrival of a US diplomat in the region and talks at the UN Security Council.

The military said it struck the homes of Yehiyeh Sinwar, the most senior Hamas leader inside the territory, and his brother Muhammad, another senior Hamas member. On Saturday it destroyed the home of Khalil al-Hayeh, a senior figure in Hamas’s political branch.

Brigadier general Hidai Zilberman confirmed the strike on Sinwar’s house in the southern Gaza town of Khan Younis to army radio. He said the home of his brother, who is in charge of Hamas “logistics and personnel”, was also destroyed.

Hamas’s upper echelon has gone into hiding in Gaza, and it is unlikely any were at home at the time of the strikes. Its top leader, Ismail Haniyeh, divides his time between Turkey and Qatar, both of which provide political support to the group.

Hamas and the Islamic Jihad militant group have acknowledged 20 fighters have been killed since the fighting broke out last Monday, while Israel says the real number is far higher.

Hamas and other militant groups have fired some 2,900 rockets into Israel since Monday, when tensions over a holy site in Jerusalem and the threatened eviction of dozens of Palestinian families from a nearby neighbourhood boiled over.

Israel has carried out hundreds of air strikes across the impoverished and blockaded territory, which is home to more than two million Palestinians, and brought down a number of high-rise buildings – including one that housed The Associated Press office in Gaza.